Angling for Tranquility: The Lure of Kayak Fishing

Kayak fishing is growing in popularity as anglers discover the peaceful joys of casting a line from the water's surface. 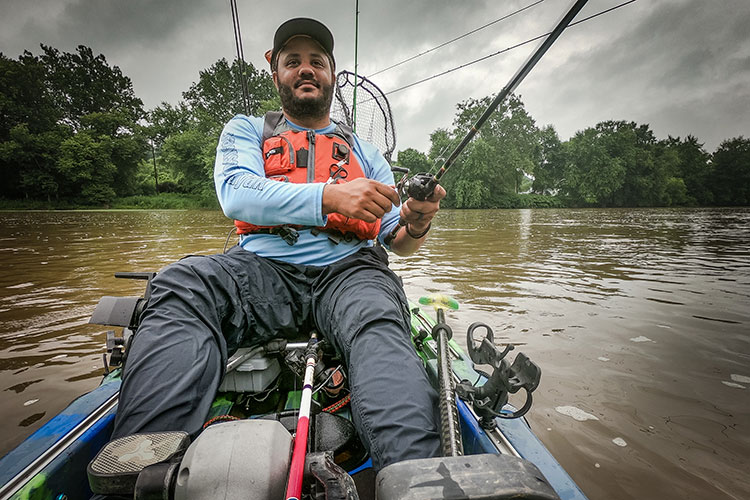 Russell Johnson says the Youghiogheny River is in his blood, sweat and tears.

After a morning spent watching the sun rise from a kayak in the waterway, scanning the riverbank for the perfect resting spots for smallmouth bass, it’s easy to understand why.

Growing up on the banks of the Yough in Whitsett, Pa., some of Johnson’s earliest memories involve fishing the river from a canoe with his grandfather, Thomas “Bebe” Johnson, and father, Leon Johnson. The lessons he learned paid off; Johnson, 37, is a professional kayak angler with multiple equipment sponsors and several tournament titles to his name. 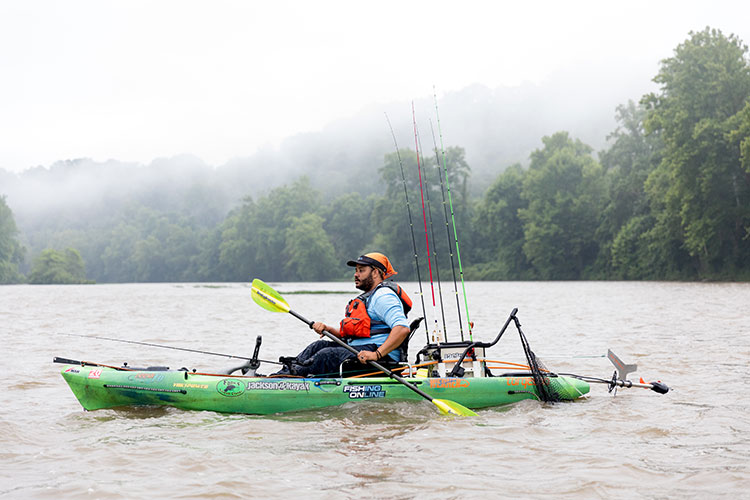 Kayak fishing is booming across the country, according to a 2017 report by the Outdoor Foundation, with the number of participants more than doubling since 2010. Neill Andritz owns The River’s Edge Canoe and Kayak in Leechburg, Pa., and is one of Johnson’s sponsors; when he and his wife and co-owner, Evelyn, started selling kayaks in 2007, they sold six per year and stocked one brand. Now, they stock nine brands, ranging in price from $400 to $6,000, and sell more than 200 annually. They also do a brisk business renting kayaks to people interested in the small boats.

“This sport has just exploded,” he says, noting that men from western Pennsylvania such as Johnson and Noah Heck, who co-founded, with Josh Edmiston, the nonprofit organization Kayak Anglers, have played a large role in expanding the sport. Another source of growth comes from an unlikely place: bass boat fishermen tired of the equipment-heavy nature of fishing, he adds. 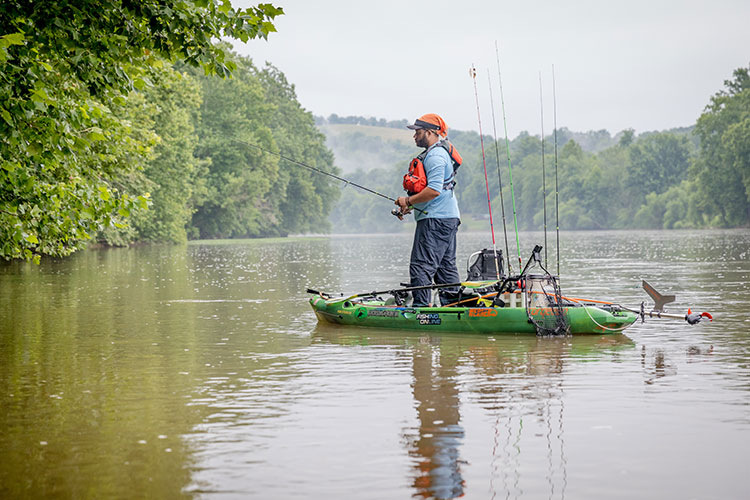 “There is simplicity in a kayak,” he says. “In Pennsylvania, we’re so blessed with the number of waterways you can paddle. With a kayak, you can be on the water within 15 to 20 minutes from almost anywhere.”

If Johnson is going out on the river with his 4-year-old daughter, he might opt for the more “simple” of his eight kayaks. When he’s fishing in one of the 20 to 25 tournaments he attends every year, however, he’s using his tricked-out Jackson pro model with nearly $6,000 worth of rigging, including a pedal drive, electric motor and eight to 10 custom-designed rods and reels.

The appeal, he says, is freedom on the water. 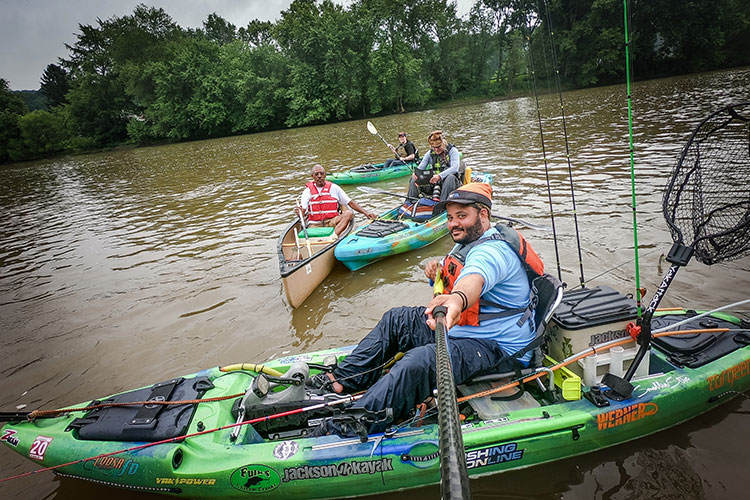 “It takes you places you can’t get to by foot or by a conventional boat,” Johnson says. While kayaking limits the coverage an angler has, it doesn’t impact the fish they catch. Johnson says kayak fishermen are reeling in the same style, size and quality of fish caught in other competitive classes.

Last year, Johnson, who lives in Monessen, traveled to tournaments in 13 states. He earned more than $12,000 in cash and prizes from his efforts and was named the Pennsylvania Angler of the Year through the Kayak Anglers organization. His goal this year is to win the West Virginia title and to again fish in the national championship alongside some 700 other kayak anglers. 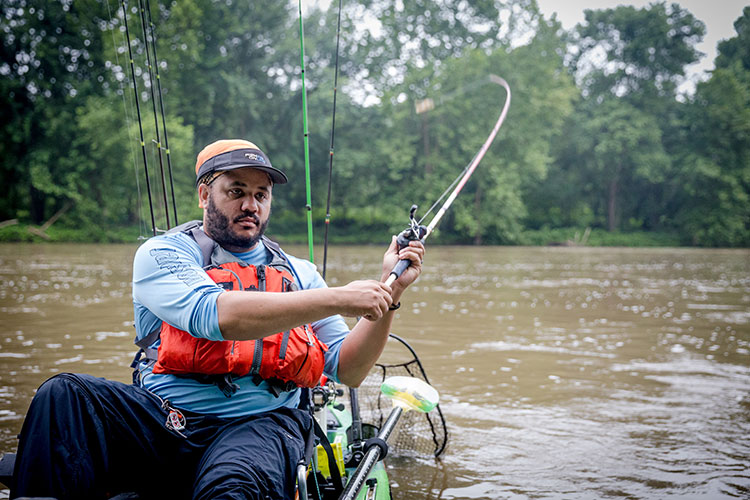 For now, he splits his time between his children, fishing and driving a truck. The Navy veteran’s long-term plans, however, involve blending his passion into a full-time profession. He’s a certified level 2 sit-on-top kayak instructor with a fishing endorsement, one of just eight in the country, through the American Canoe Association, and is close to becoming licensed by the Pennsylvania Fish and Boat Commission as a kayak fishing guide.

His dream is to expose people to the world he’s found on the water, one kayak fishing trip at a time.

“Fishing is an amazing sport,” he says. “But until you wade the riverbank, put a paddle in your hand, watch a river otter or turtle, hear the birds chirp or watch the sun rise or set from a kayak on the river, it’s not the same.” 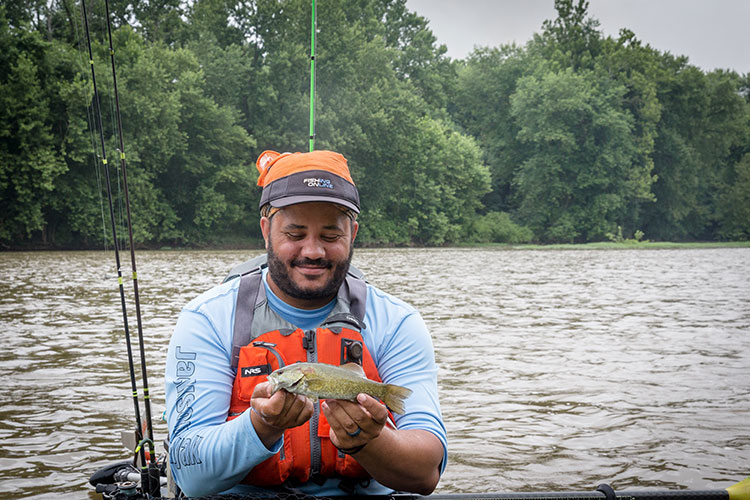 This article appears in the November 2018 issue of Pittsburgh Magazine.
Categories: From the Magazine, Hot Reads, Sports