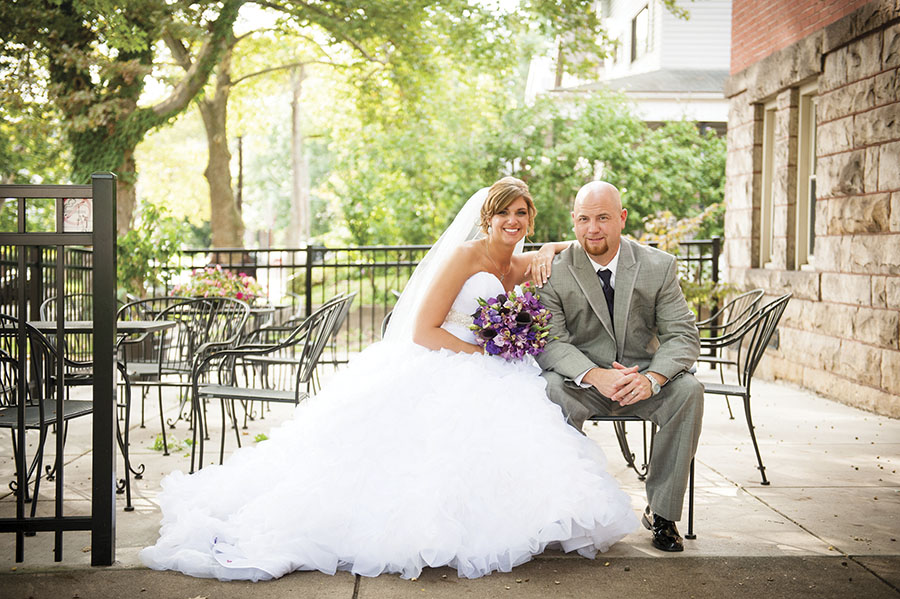 Photos by The Leeann Marie Collective

One could say blind luck brought this Sharon, Pa., couple together. A mutual friend set up Angela Lia and Rob Vogan on a blind date to Padrones in Greenville, Mercer County, in 2009, and they’ve been together ever since.

“We had a great night,” says Angela, 27, who works in human resources at Gateways to Better Living — a nonprofit that offers residential housing for people with developmental disabilities in Youngstown, Ohio. “I had never been out with such a gentleman before.” 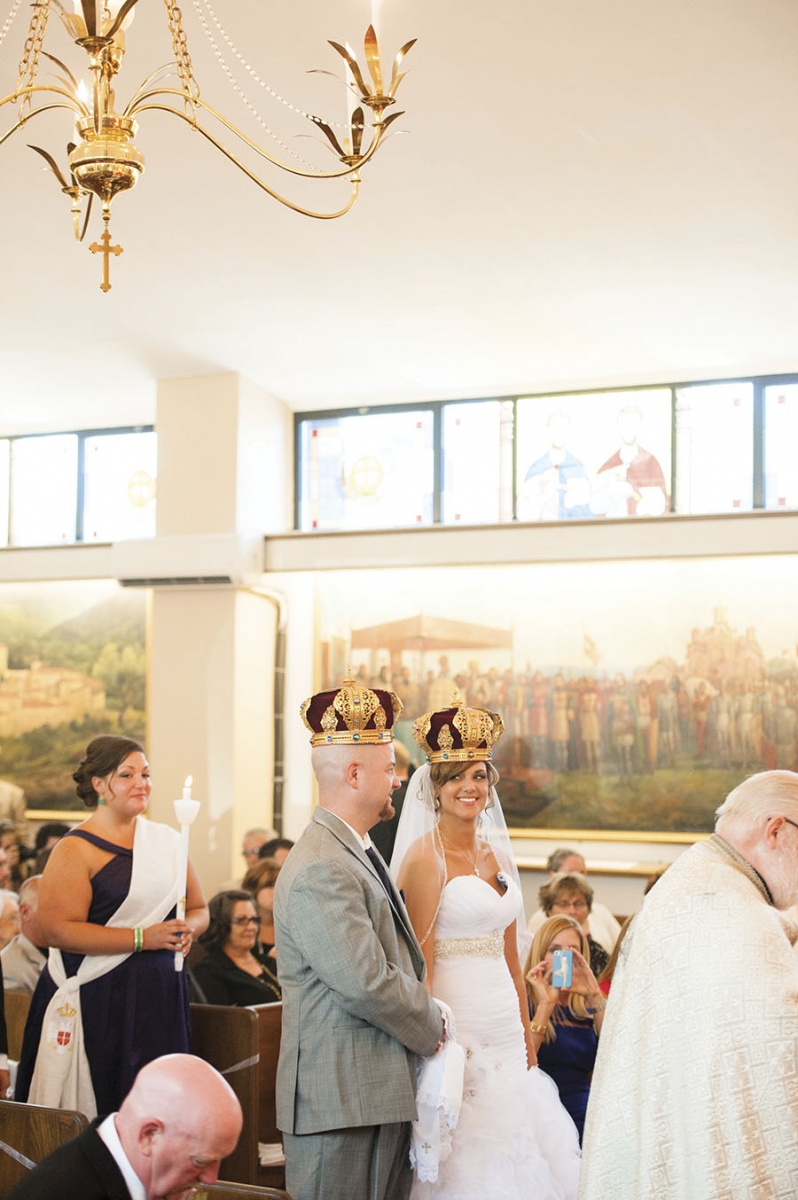 Soon after they met, Rob, 33, a site manager at AIM NationLease, met Angela’s father. Within a year, the couple moved in together and began building a life they say is based on consideration for each other and having a whole lot of fun. Three years of Jimmy Buffett concerts and outdoor excursions culminated in a surprise birthday proposal Rob planned in June 2012.

The bride grew up in the Serbian Orthodox church, and when it came time to plan the wedding, Angela says it was important to incorporate the couple’s sense of fun into the rituals planned for the celebration. It wasn’t that difficult, given the Serbian tradition of having a party called a Skup on the morning of the wedding; at a Skup, family and close friends of the couple gather at the bride’s home while she prepares for the wedding and the groom barters with her father for her hand in marriage. 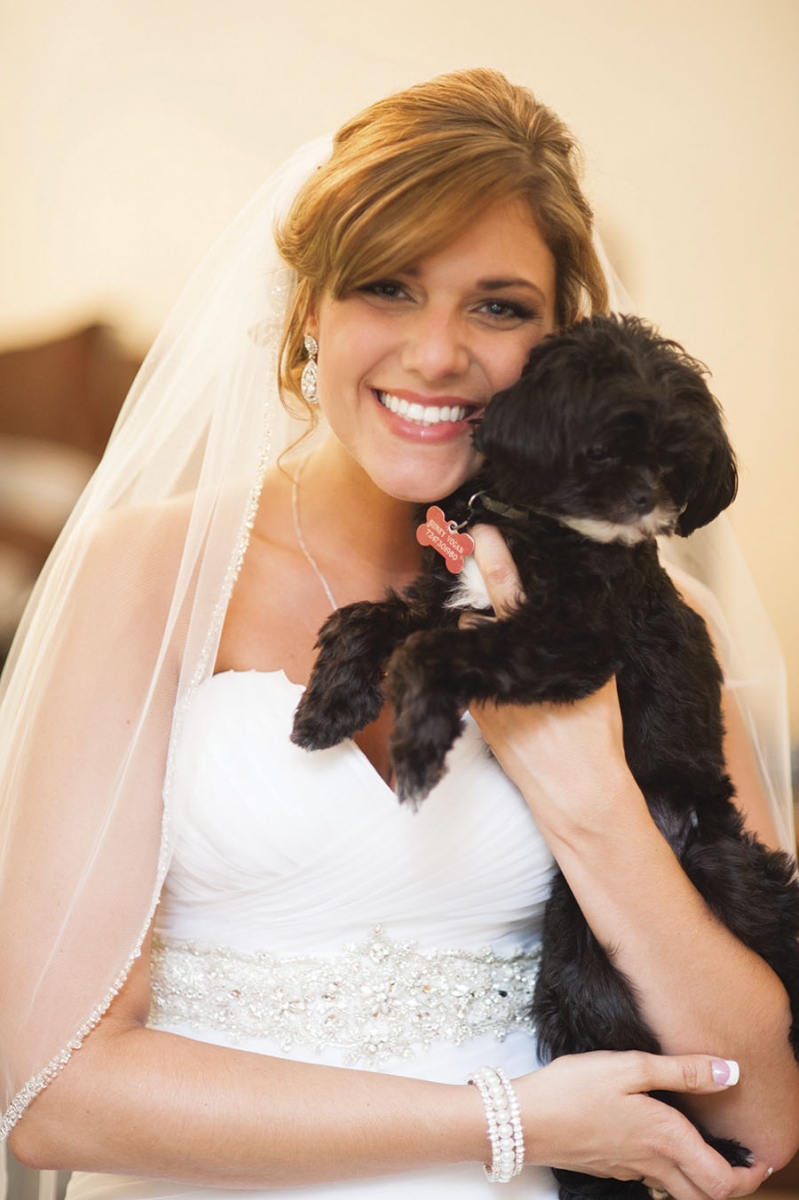 The bartering is meant to be a funny sketch, so for the bride’s hand in marriage, Rob presented Angela’s father with a toy farm; a case of the bride’s hometown beer, Duquesne Pilsner; and a roll of money, a $20 bill wrapped around some play bills. The first two items were rejected, but a leg of lamb and some Rocky Mountain oysters sealed the deal: The couple would be married that day.

The Skup also included a traditional Serbian band and dancing before the family proceeded to St. Sava Serbian Orthodox Church in McKeesport for the ceremony.

The party continued with Buffett flair at a Margaritaville-themed reception at the Greek Orthodox Social Hall at Riverside Landing in Oakmont. Parrothead cake toppers adorned a cake from Oakmont Bakery and favors of lime green M&Ms were styled to resemble margaritas. The evening ended with dancing accompanied by the ’80s cover band Velveeta.

Says the bride: “I couldn’t believe how many people were out on the dance floor!” 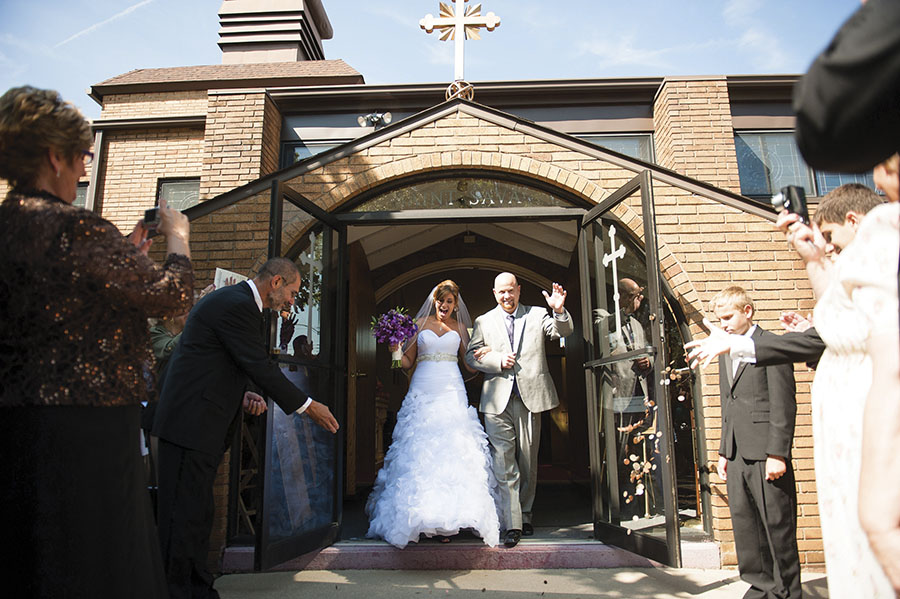