Young vinyl lovers may be dusting off your old records. 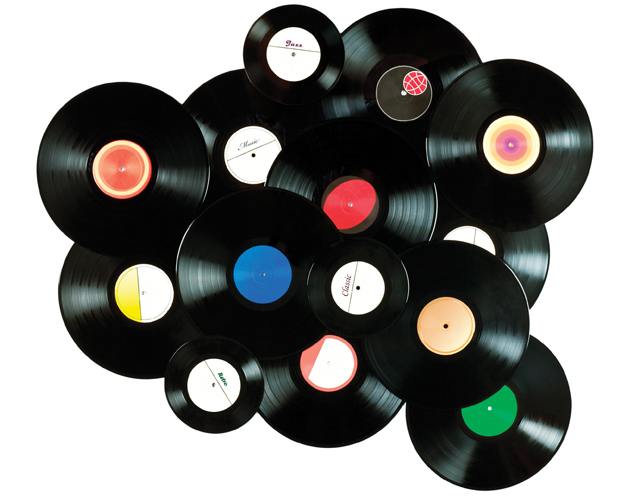 Gavin Jensen is a friendly, good-humored paralegal who lives in Squirrel Hill. You wouldn’t guess that this 27-year-old Nebraska native has collected 1,200-plus vinyl records. For Jensen and many young Pittsburghers, those floppy black discs provide an aesthetic and sound that can’t be beat, and hunting for records is half the fun. With the closing of Paul’s CDs in Bloomfield, vinylphiles have lost a significant venue. But aficionados still know where to search.

How did you start listening to vinyl?
When I was in high school, there was a record store in [Omaha, Nebraska] that a friend of mine worked for. I volunteered there and helped out. A lot of the stuff I liked was only available on vinyl anyway—little indie bands. As for the turntable, it was sort of a long process of pilfering from my father. I started by playing my records on his turntable. Actually, I started by playing his records on his turntable. And then I took my records with me to college.

How many records do you have?
I’m gonna say between twelve and fifteen hundred. I don’t have them all here in Pittsburgh. Some of them are back in Omaha.

Can you describe your collection?
It’s got all the classics, like everything everybody needs to have, like Abbey Road and Blonde on Blonde—the stuff that’s essential for any American music collection. But there’s a lot of punk-rock stuff. I was into hard-core when I was in high school, so there’s some of that. A lot of good 60’s bands, which are impossible to find on vinyl. No Country, unless it’s Hank Williams, or Johnny Cash, or any of the classic stuff. No Reggae whatsoever.

Any Classical?
Oh, yeah. Getting used Classical is so easy. The people who love Classical are audiophiles, so if there’s even a little scratch, they don’t want it. So you can find it dirt-cheap.

So where in Pittsburgh do you find your albums?
It depends on what I’m looking for. If it’s newer stuff, I go to Mind Cure first. That’s for when you know what you’re looking for. I go to Jerry’s too, but that’s not a journey to be taken lightly. That place is enormous.

What do you look for?
I carry a list around with me, in my wallet. Stuff that I’ve been looking for. You know, ‘cause sometimes you have to look for a couple years before you find something in particular.

Exactly.
I don’t even know. One of those albums that only pressed 500 copies or something. I just recently got a rare Minutemen album. Are you familiar with the Minutemen? They’re an early 80’s post-punk band. It felt really good to cross off.

How’d you find it?
It’s not a great story. I eventually found it online.

How do you use the Internet? Is it a last resort?
It’s just easier, for rare stuff. It’s less magical, obviously. But some things are so rare you can’t find them online, either.

Any suggestions for new vinyl collectors?
Everyone should go support Record Store Day.

This article appears in the January 2012 issue of Pittsburgh Magazine.
Categories: Arts & Entertainment