An Email Spam Filter Delayed their Relationship for Years

Sometimes, the future love of your life is just around the corner, whether you know it or not. 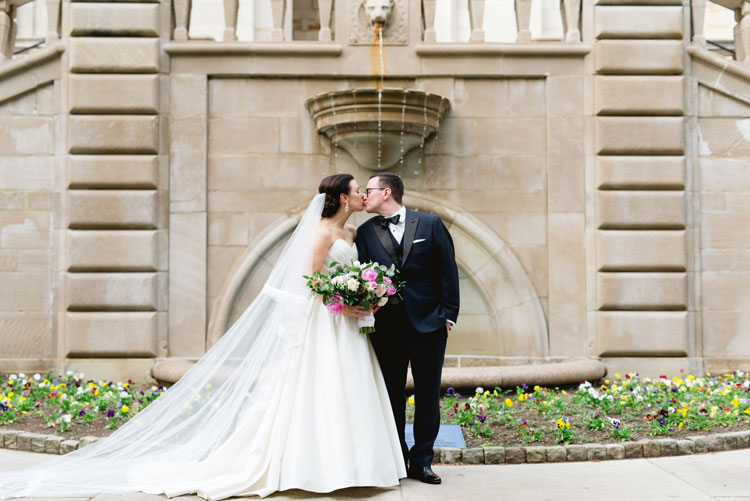 After Matthew Lausi and Heather Harmon met at a University of Pittsburgh alumni event in New York City, Matthew sent Heather an email inviting her to lunch.

From there, it took them seven years to get together.

Heather’s employer at the time had strict spam/email filters and firewalls, and she never received the email.

For the next seven years, Matthew and Heather continued to run into each other at alumni events — they both graduated from Pitt’s College of Business Administration and joined the New York City Pitt Club shortly after moving there.

Matthew never mentioned the email, thinking Heather wasn’t interested. Then, at another alumni event in January 2014, Heather realized she had seen Matthew around but didn’t know a lot about him. She told him as much, and when he agreed, she replied: “We should fix that.”

Before the night was over, Matthew, a little surprised, had asked for her number, and they made plans for their first date at Loreley, a beer garden on the Lower East Side.

On that date, after a second round of drinks, Heather says she couldn’t help asking: “Why does the girl always have to be the one to make the first move?” Stunned, Matthew replied, “I did. I actually sent you an email asking you out to lunch seven years ago.”

“I thought, ‘That’s so weird,’” Heather says. “‘I can’t see myself receiving something and not responding at all — I would have responded no matter what.’” But she had no memory of receiving an email from him. 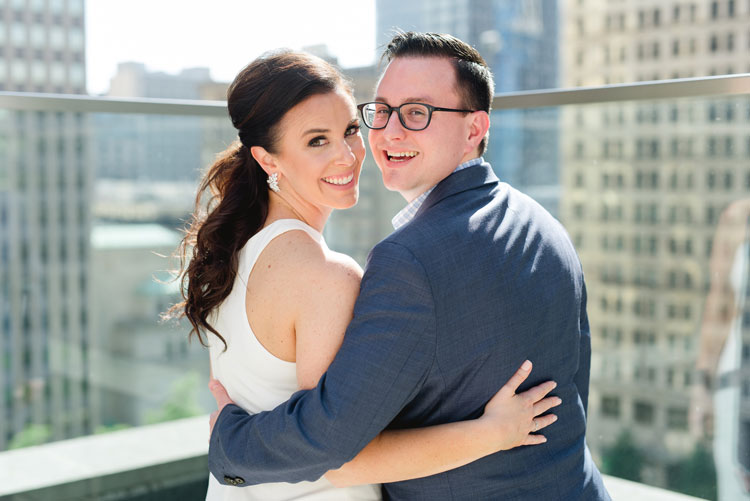 The two saw each other again a few times over the next few weeks, and then Valentine’s Day arrived. Matthew cooked dinner for Heather and had a gift: a print-out of the email. He still worked for the same company, and he had gone to the IT department to ask if they could pull it from his archived emails. He wrote a note on the email printout: “In hindsight, I know this was a bit of a lame attempt to ask you out, but here’s the proof I did!”
“I thought, gosh, in a world that is so tech dependent, what a great beginning to what we didn’t know at the time would be our love story — for technology to fail you but fate to bring you together,” Heather says.

Heather notes it’s odd that they never met at Pitt — they were both marketing majors who obtained degrees in business administration, meaning it’s likely their paths crossed at some point.

“I’m so glad that technology failed me or failed us but my story still happened,” Heather says. “It’s such a great story to have — it really makes me happy. It’s so special.” 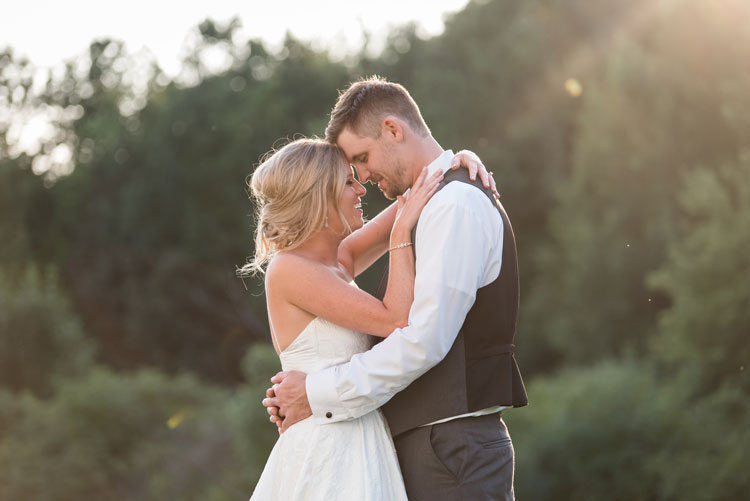 They had mutual friends. They went to the same dentist. Julie’s mother was a preschool teacher in a small school that Drew attended, meaning there’s a 50/50 chance he was in her class. Drew’s mother was a dance theater, and a number of Julie’s friends attended her school.

But Julie and Drew never met until they were in their mid-20s. 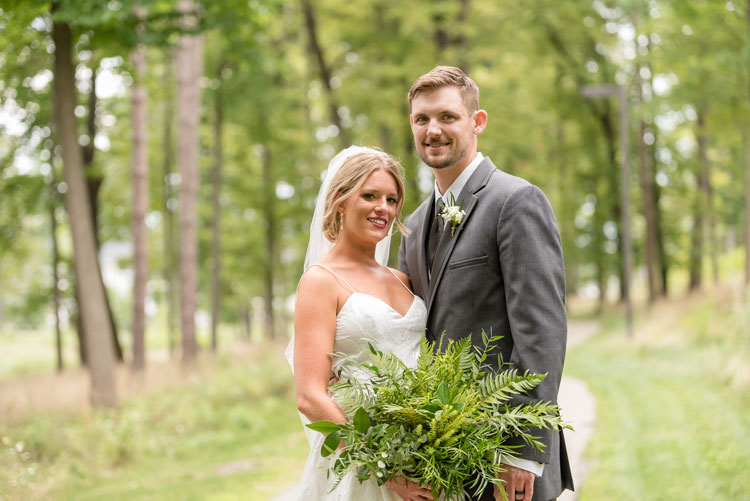 After high school, Julie attended Duquesne University and eventually became a teacher at Pittsburgh Public Schools, and Drew joined the Army. One winter night they were both out with friends at Howl at the Moon Downtown and ended up next to each other at the bar.

“It was funny because Drew’s cousin Paul actually started talking to me first, and I was giving him the cold shoulder because I wasn’t interested,” Julie says. “Then Drew came up to order himself a drink, and I don’t remember it this way, but Paul said he saw my eyes get real big and I started talking a mile a minute to Drew.”

Drew got her number, and the two made plans for a date. But 20 minutes into the date, the restaurant closed due to a snowstorm. They met for a third time, and since then, Julie says, they’ve been inseparable.

“As we started to meet each other’s friends, we kept finding more and more people in common,” Julie says. “We had to have been in the same place at the same time throughout high school and never met each other.”

“I never would have guessed it would happen, but we met each other and the rest is history,” Drew says. 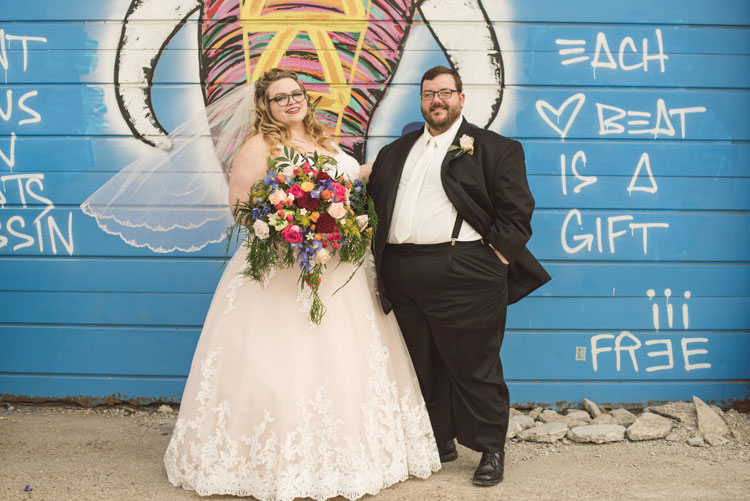 Carrie Hillmar and William Krausmann actually went to the same high school but wouldn’t meet until more than a decade after graduating.

Bill was a few years older than Carrie and graduated three years before her from McKeesport High School. When they met on OKCupid in 2015, Carrie did some internet sleuthing and discovered they had mutual Facebook friends — one of whom was her brother.

“Bill had been the best man in a wedding of my brother’s good friend,” she says. “They were at the same bachelor party.”

Another connection was that one of Bill’s good friends was married to one of Carrie’s good friends, and the two had a mutual friend who held an annual New Year’s Eve party — it’s likely Carrie and Bill attended the same soiree in one year or another.

“It’s always like there’s a near miss — maybe he was there,” Carrie says. “It’s great we have this connection.” 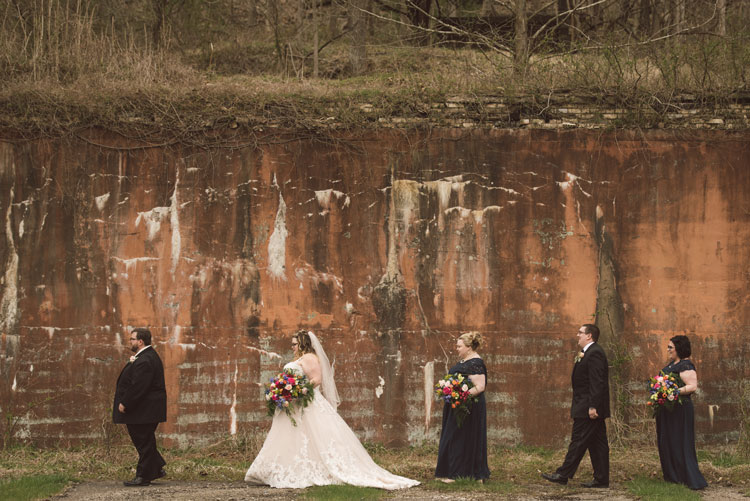 “We talk about, oh, what if we had met earlier, and he always says, ‘I wasn’t ready for a committed relationship.’ If we had met when my brother met him initially in 1995 — I was a different person. Even though I do wish we had all those years together … I had time to figure out who I was.”

Carrie says she likes the fact they’re from the same area and have so much in common, especially their focus on family and staying in close contact to them, physically and emotionally.

“I think whenever you grow up in a town like McKeesport … it’s an old steel town, it’s a different experience,” she says. “We get each other. The roots are the same.” 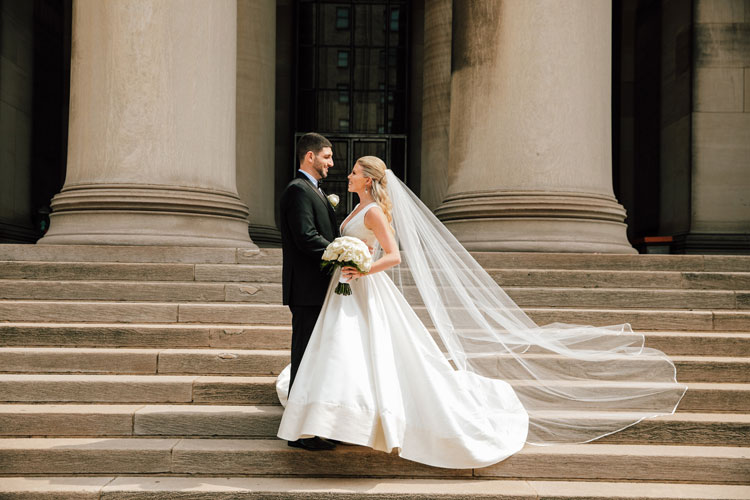 If Erica Cross and Salvador Conti had stayed in their pajamas and decided not to go out to a party one night in October 2015, they might never have met.

After all, they hadn’t met during the previous 20 years, despite attending rival high schools in West Virginia and sharing a group of mutual friends.

“He played basketball, and I cheered, so at some point I had to have seen him before,” Erica says, noting they’ve looked back through pictures from high school games to see if they could see the other in the background (they haven’t found any yet). 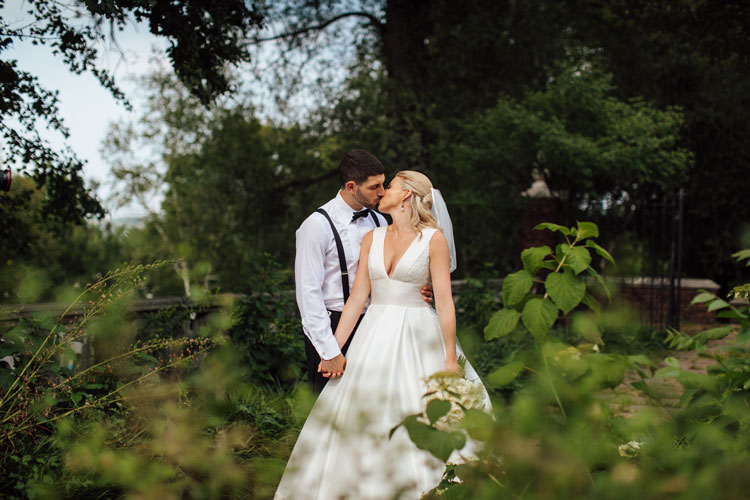 They finally met while attending West Virginia University — Erica for law school and Sal for his master’s degree. They had both attended a big football game with separate groups of friends when a mutual friend invited them both to a party that night to celebrate the team’s win.

Erica and Sal both had went to their homes after the game and had decided to stay in, but their friend, Victor Greco, insisted they come to the party, personally picking up each of them.

“I pretty much knew every single person who was there except for [Sal],” Erica says. “Within 15 minutes, we figured out we probably had met before but didn’t know it. We talked the whole rest of the night, and we’ve talked every day since then.”

Victor, who Erica has known since kindergarten, had a lot of cousins who lived in Weirton, which is where Sal grew up. Sal was friends with those cousins, and the couple says it’s more than likely they met at one of their houses at some point during their youth.

At their wedding on July 14, 2018, Erica says Victor got a shout out during a toast.

“I’ve definitely given him credit over the years,” she says.