An Alloy of Roots

Dance is the language of movement. “I find it strange to do an interview about choreography. Part of why choreographers do what we do is because we don’t trust words,” says André Koslowski, artistic director of Pennsylvania Dance Theatre in State College, Pa., and a man who carefully chooses his words but speaks with complete honesty.

The former member of Dance Alloy Theater is crafting a piece for the troupe’s 35th-anniversary season. Current artistic director Greer Reed-Jones invited Koslowski to work with her five-member troupe “because [Dance Alloy Theater] is strongly rooted in dance theater—as are André’s works. I wanted him to represent that part of our history,” she says.
Koslowski, 42, whose résumé includes dances for LABCO, Pittsburgh Dance Connection and The Rep, notes that the opportunity to revisit his history with Dance Alloy was irresistible, but he was unaccustomed to the compressed rehearsal schedule. “With my company, it may take six months to develop a new piece. And my dancers know how I work—I don’t take breaks.”

“And, he doesn’t eat all day,” notes Jennifer Keller, a recent PDT guest artist and former Alloy member. “He’s an excellent collaborator and really takes time to listen. He has shown me how a choreographer can work from a script, perhaps like a theater director might.”

Koslowski’s pieces draw on personal history and emotion, as does his movement vocabulary. “I spend 70 percent of the process just collecting material. I listen to music that connects with the idea I’m developing and wait until the end to see what I want,” he says. As a preliminary, he tests the dancers’ creativeproblemsolving skills.

He asked the Alloy dancers to collect brittle objects, keep journals of their dreams and to watch, listen and observe people at a bus station.

“Making dances is incredibly challenging, but I enjoy it,” says Koslowski, whose interests in choreography and performance evolved simultaneously.

As a shy 12-year-old, he studied acting in his native Germany and later pursued a diploma from Berne’s Conservatory for Music and Theatre inSwitzerland, where dance was part of the curriculum. Impressed by the vitality of the European dance-theater scene, he leapt into postmodernism. In Vienna, he “snuck” into classes geared toward professional dancers. Later, he earned a Bachelor of Arts degree at London Contemporary Dance School. After graduation, he says that he “went to the corner store, bought two big suitcases and moved to America.”

Youthful impetuousness brought him to Pittsburgh, and a recommendation from his teacher, Victoria Marks, led him to the Alloy, which was directed by Mark Taylor. “It was the audition that never ended,” Koslowski recalls. “Mark insisted that I take the three-week summer intensive program, which included class in the morning and working with the company in the afternoon.” After three weeks, Taylor made his decision to hire Koslowski, who performed with the troupe from 1995 to 2003, working closely with Taylor and such guest choreographers as Ann Carlson and David Roussève.

“Mark’s works were driven by the intimacy of us as a small group, by how well we knew each other, how well we knew Mark and how well he knew us,” Koslowski says. It was the era when Body Mind Centering infiltrated Taylor’s movement vocabulary, and cross-cultural collaborations that melded that Alloy style with other movement forms (including hula and East Indian classical dance) took the troupe to exotic locales.

Koslowski was recruited by PDT while the Alloy was in artistic transition toBethCorning’s directorship.“My time as a company dancer was up. I wanted to make my own work—to decide whom to work with and to be in charge,” he says.
Now, based in State College, Pa., Koslowski maintains Pittsburgh ties. He has seen several Alloy performances and is enthusiastic about sharing the creative process with DAT’s new hires, Gretchen Moore, Jasmine Hearn and Raymond Interior, along with veterans Maribeth Maxa and Michael Walsh, one of Koslowski’s former cast mates.

“I don’t see choreography as wallpaper to paste on dancers,” he says. “I tell myself that the piece is already made. I have to go into the studio and, together with the dancers, we have to find it.” 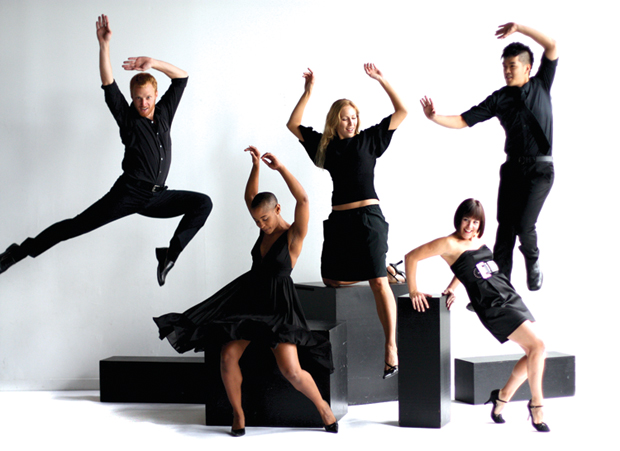 From Where They Come: A Look at Alloy

Dance Alloy Theater descends from an artistic collective that gathered at the University of Pittsburgh in 1976 to experiment with movement and—with help from the Pittsburgh Dance Council—to solidify the professional post-modern dance community in Pittsburgh. Artistic directors Susan Gillis, Elsa Limbach, Mark Taylor and Beth Corning built the company’s national and international reputation, and imported outstanding guest choreographers who produced a treasure-trove of repertory works.

This year, the theater opens its 35th-anniversary season with a program that contains works created by four prominent figures in the dance community. Current director Greer Reed-Jones, who adds African-American dance influences to the troupe’s eclectic style, commemorates the past and anticipates the future with And We Were, part of the From Where We Come program. A world premiere by André Koslowski; the uproarious Swan Lake, Part II, a slapstick romp by Mark Taylor; and the restaging of Kevin Maloney’s The Son is Father to the Man (1994), a poignant male duet based on his relationship with his late father, are also on tap.

This article appears in the December 2010 issue of Pittsburgh Magazine.
Categories: Arts & Entertainment, Things To Do