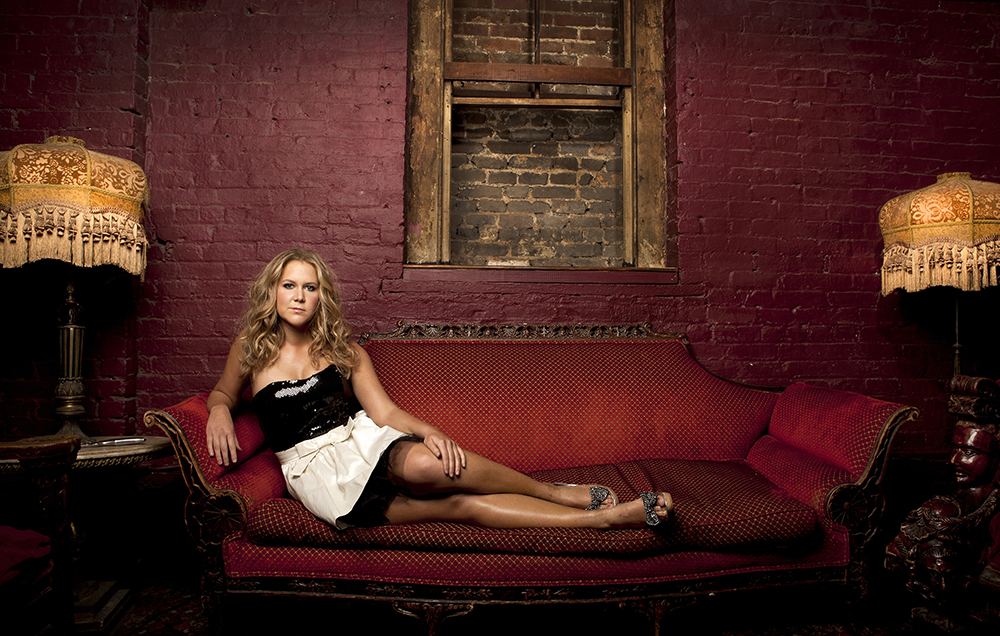 Amy Schumer headlines DVE Comedy Fest
The 2013 DVE Comedy Fest is finally here, and the bill is full of outstanding comics both local and national. This is hardly news to a bevy of ’Burghers — after all, the pre-show and main event have both already sold out. Who could refuse “storyteller” Scott Paulsen and a caffeine-fueled rant about how real life kicks his derrière, or the feature show with comedy luminaries Amy Schumer, Chris Porter, Matt Braunger, Iliza Shlesinger and DVE’s own Bill Crawford?

If you didn't purchase tickets to those early shows, don’t worry — you can still get your laughs in with the 11 p.m. show at the Rex Theatre, which still has tickets available as of press time. Headliner Craig Gass, who is a voice on both “Family Guy” and “American Dad,” will take the stage with eight local comedians and host Mike Wysocki for a late night of roll-on-the-floor laughter and drinks.

Nerds rejoice: superhero party at The Mills
At After Dark, we may not know comic books, but we fully get the collecting bug. We’re always excited by events such as this weekend’s Pittsburgh Comics and Collectibles Show, presented by New Dimension Comics inside The Galleria at Pittsburgh Mills. This is a different event than the frenzied clamor of a Comic Con; instead, the Comics and Collectibles shows are an opportunity for dedicated fans to find the gems they’re looking for. Get the full story, including more about the Batmobile and Hellraiser, in this week’s edition of After Dark.

In Theaters: Sure, Gerard Butler and Morgan Freeman fought for the White House in Olympus Has Fallen a few months ago. But when you want something done right, call Channing Tatum. He’ll co-star with Jamie Foxx in another presidential caper, White House Down, this weekend; elsewhere, Melissa McCarthy and Sandra Bullock team up in The Heat. PM Film Editor Sean Collier will appear on the 102.5 WDVE Morning Show Friday at 7:15 a.m. to review White House Down. Tune in to 102.5-FM or DVE.com for Sean’s reviews!

Head to the Hollywood Theater for Meat and a Movie this Saturday. The menu is full of Fight Club and Cain’s Saloon catering, so get tickets now to reserve your spot.  —KH

Tonight, enjoy an evening of drinks and fare at the second annual Stroll the Strip fundraising event for Neighbors in the Strip District. Click here for tickets and information. –KH