America’s “Gratest” Celebration of Cheese is Coming to Pittsburgh

Sample cheese of every rind during the American Cheese Society’s annual Festival of Cheese. 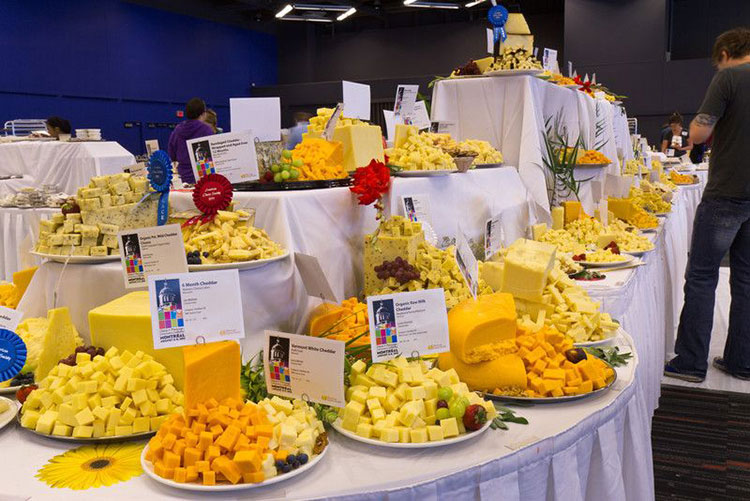 Pittsburgh is going to get pretty cheesy later this month — but in a tasty way with the esteemed Festival of Cheese. Attendees will have the opportunity to sample about 2,000 different cheeses as well as accompaniments such as charcuterie and preserves. Samples of cider and craft beer also will be available.

The festival takes places at the David Lawrence Convention Center the evening of July 28 as part of the 35th annual American Cheese Society Conference. The three-day event, held at the convention center from July 25 to 28, attracts cheesemakers and cheesemongers from around the world to mingle and learn more about American cheeses. This is the first time the conference is being hosted in Pittsburgh —  in the past, it was held in cities such as Boston, Denver and San Francisco.

The artisan, farmstead and speciality cheeses to be offered at the festival will be judged on July 23 and 24. After the sampling ends, attendees will be able to purchase any gouda, brie or Swiss that stood out at the Cheese Sale. Proceeds benefit the nonprofit American Cheese Education Foundation, which offers assistance to those interested in making and selling cheese.

The event, which begins at 6 p.m. for cheese society members and 7 p.m. for the public, ends at 9:30 p.m. Tickets are $55 for members and $65 for the average cheese fan. Volunteers for the conference receive a complimentary ticket to the festival, so if you’ve got no money but a strong love for cheese and some free time on your hands, sign up here.

People interested in attending the conference in its entirety can buy tickets here. The event includes speakers, trivia, educational sessions and a “Meet the Cheesemaker” event featuring famous fromagers, retailers, food writers and other big cheeses.