Jesse Kaufman received the money from his Bar Mitzvah and then gave away every penny. 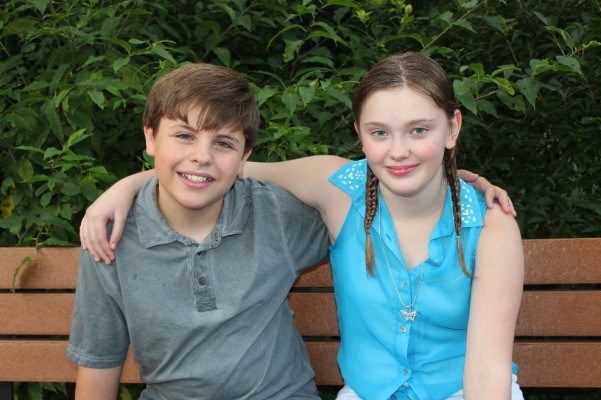 Most young teenagers don’t have a clue how to manage money. They spend it as fast as they get it.

Jesse Kaufman of Monroeville clearly is the exception.

In August, the 13-year-old from Gateway Middle School celebrated his Bar Mitzvah and received $5,000. He told his mom, Liana, that he wanted to give it all to Jasmine Boden, a fellow student who was diagnosed with a rare cancerous brain tumor called Chordoma at the age of  9.

Jesse’s donation will help Jasmine’s family with their travel expenses to Boston, where the girl is receiving treatment at Massachusetts General Hospital.

“I want to thank everyone for helping me, praying for me, who’s been there for me since I was 9 in that hospital,” Boden told KDKA-TV.

But Kaufman’s not done yet. He wants to raise another $5,000 through fundraising.

“I am hoping that when people hear my story, they will feel just as good as I did to help out,” he says on the fundraising website gofundme.

Kaufman and Boden’s story now is getting national attention. His mother said they have been contacted by producers of "The Ellen DeGeneres Show."

Your pictures, new or old, could become a part of history.

The Carnegie Museum of Art’s Hillman Photography Initiative has been collecting thousands of images for the ultimate family photo album entitled “A People’s History of Pittsburgh.”

Time is running out if you have photos for the project. Submissions are being accepted online through the end of the year.

Select images from “A People's History of Pittsburgh” will be included in a new publication scheduled for release in 2015.

The book, which will be edited by artists-in-residence Melissa Catanese and Ed Panar, will function as a collective photo album for the people of the city and its surrounding area, according to the initiative’s website.

It’s worth taking a few minutes (or hours) to browse through the collection, which begins with photos taken in the 1890s.