The all African-American theater company is celebrating 10 years and 50 performances with a new, permanent home, a new fellowship program and even more original work. 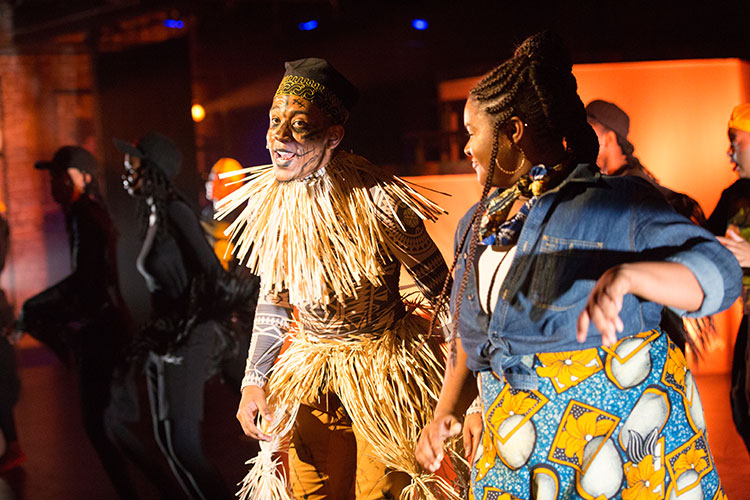 There’s going to be a new theater in town, but the company that will call it home has been producing original art for 10 years.

The nonprofit Alumni Theater Company, which is celebrating 10 seasons and 50 productions, will this month move into a permanent home on Hamilton Avenue in Homewood, opening the space with the premiere of “Pain Killer” by company member Shakara Wright.

“It’s Alumni Theater Company because initially all of the members of the company were alumni of the Urban League Charter School,” says Executive Director and founder Hallie Donner, who used to be the drama teacher at the K-5 school, now called Urban Academy of Greater Pittsburgh Charter School. 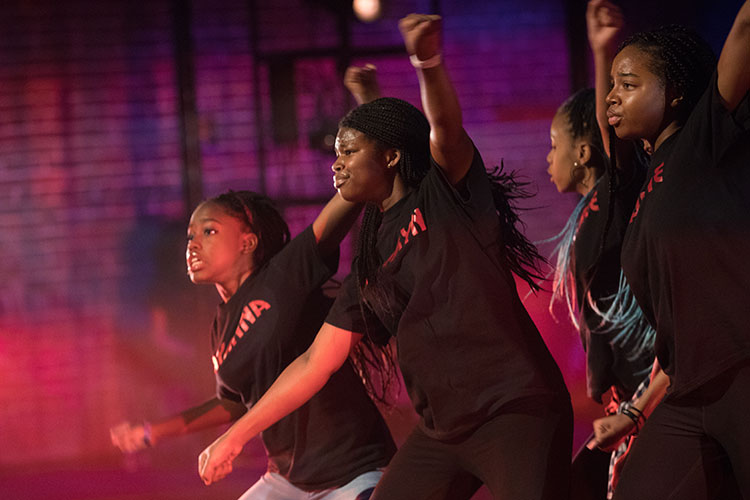 She was asked to do a reunion production for the school’s 10th anniversary in 2008, so she gathered former students to put on “The Wiz.”

“Predictably, it was an amazing experience, but what was a big surprise was how meaningful it was to them to be able to come back and be a part of this group they had built this foundation with — they grew up doing theater together,” Donner says. “So it was clear it couldn’t be just one show.” 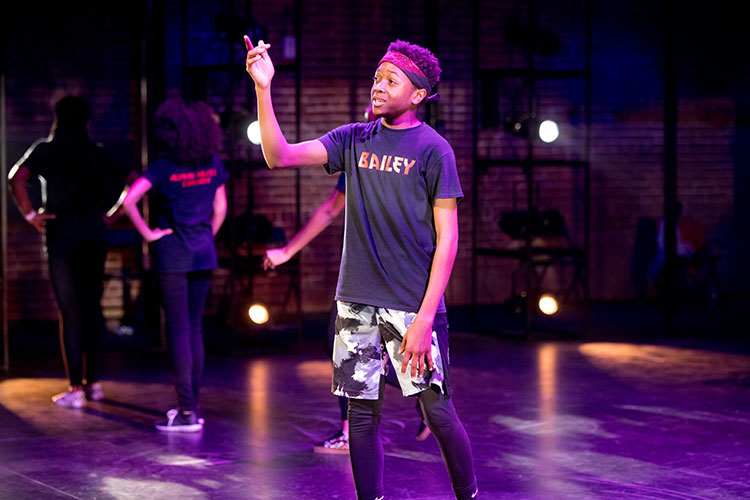 The company’s 50th performance in July at the New Hazlett Theater was also “The Wiz” as a nod to their beginning. But musicals are typically summer fare; the all African-American company’s main events are its original works.

After that first performance, the group put on its first play written by one of the members, DeVaughn Robinson, called “Backstage Stories.” Robinson was 12 at the time. The play was about a theater teacher who gathers an eclectic group of students together for a summer program; actor Bill Nunn played the teacher.

“He came to see our first production … and he was really, really impressed. It was right after he had moved to Pittsburgh, and he said, ‘If you ever want to work together, let me know,’” Donner says. “So I called him and said, ‘Would you like to be the theater teacher in this 12-year-old’s play?’” 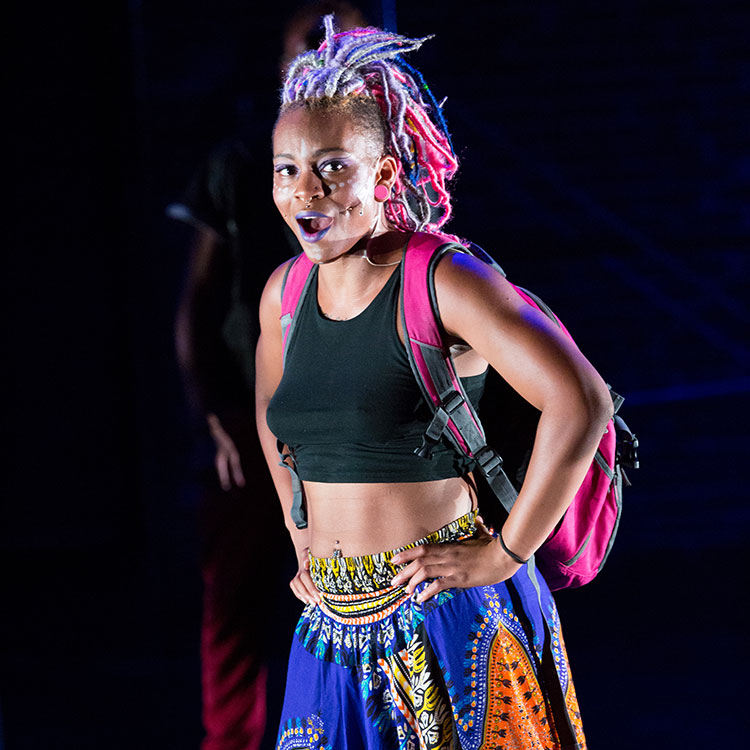 Donner credits Nunn, who died in 2016, as a major mentor to both herself and the students; the black box theater in the 5,000-square-foot new space is going to be named for him.

Wright’s play will be her first as a “professional” Alumni Theater member, as the group historically has operated with just a youth ensemble. Wright, 23, along with musician/rapper James Perry and choreographer Cherish Morgan, applied for and were awarded an $18,000 grant from the Advancing Black Arts in Pittsburgh program through the Pittsburgh Foundation to fund their work; Perry’s piece will run in December and Morgan’s in February.

Pieces are typically a mixture of monologue, songs, dance and poetry. Wright calls “Pain Killer,” which is about an anger management therapist who brings her daughter to a group of all black women in hopes she’ll open up about her feelings, a flow rhythm piece because it’s centered around poetry and rap. 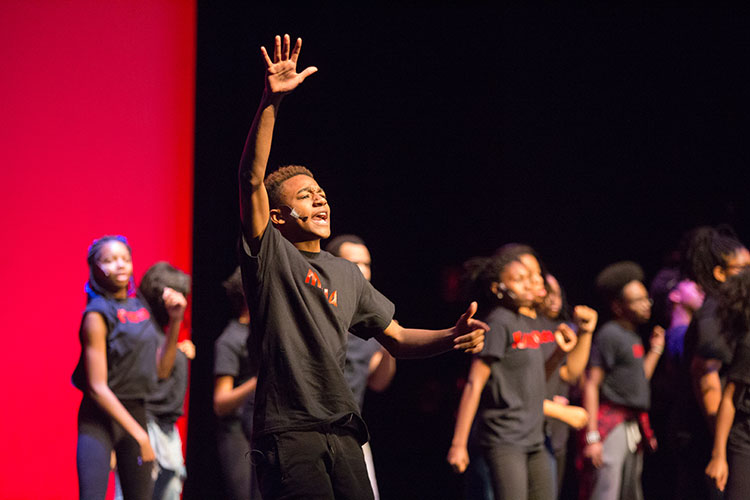 Wright is also one of three artists, along with Shakirah Stephens and Shae Wofford, who will participate in the company’s new Arts Management Fellowship Program. It’s the first time Alumni Theater will have paid employees other than Donner, who left teaching to run the company full-time two years ago. Alumni Theater is partnering with Heinz College at Carnegie Mellon University; if the fellows decide to pursue their arts management degree, they’ll be considered for priority scholarships there.

“They’re all ATC members who have graduated, are part of this professional company, but need to learn how to make art outside of the creative side, how to sustain a company. This fellowship is something I’m really, really proud of,” Donner says.

Donner says one of the best aspects of ATC is that members such as Wright have been working together since they were elementary-school age.

Those relationships are something they’ll carry with them throughout their careers, she says, comparing it to how Nunn worked with Spike Lee and Samuel L. Jackson. 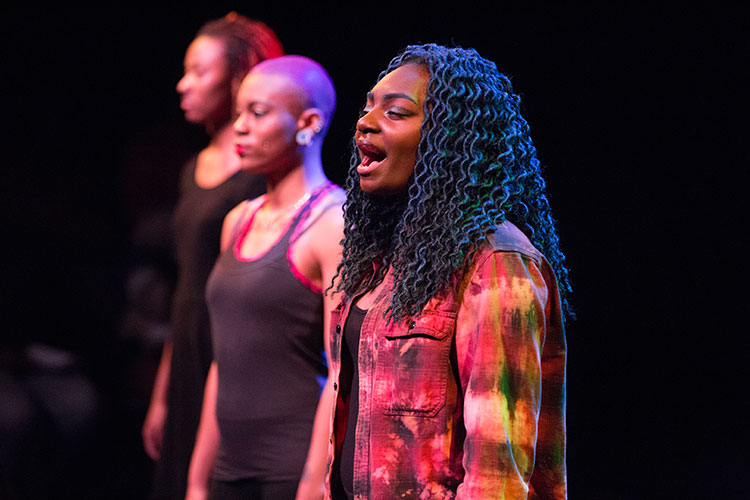 “[They] went to school together … and when they hit, they hit together,” she says. “That was something Bill always said to us, ‘This is it. You’re here with your people now, so that’s how it’ll work.’

“It’s been so amazing to be able to be a part of the lives of these young kids, some of them I met when they were 5, and we just sort of were like, ‘Yeah, we like the same thing. You’re good at it, I’m good at teaching this, and let’s just do this forever.’”