All Aboard: A Pirate Playground for Everyone

Featuring an eye-catching, life-size pirate ship, the inclusive Out of the Park Playground in Cranberry Township was designed for users of all abilities. 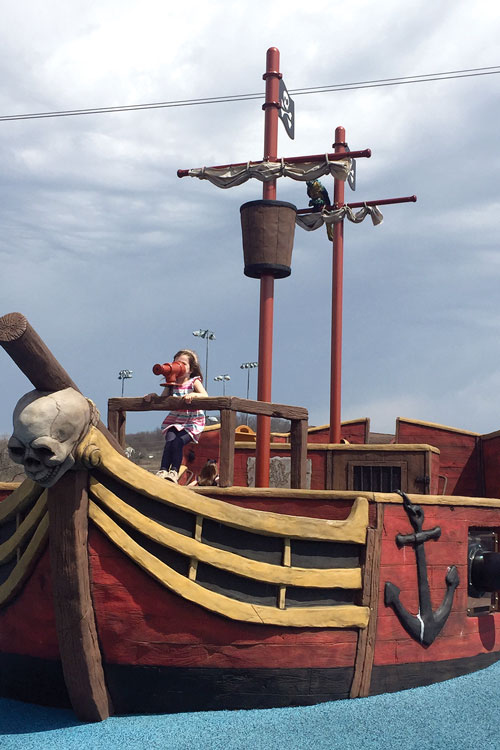 On any sunny day — and, this being Pittsburgh, plenty of not-so-sunny days — the Pirates Charities Out of the Park Playground in Cranberry Township is filled with shrieks of laughter.

Children of all ages, sizes and abilities can run or wheel up a gentle slope to find a lifesize pirate ship, docked on a sea of bright blue rubberized surface designed to take the impact out of a fall. The ship and other equipment is spaced out far enough apart in the inclusive, baseball-themed playground so that wheelchairs and strollers have ample room to navigate.

Besides the pirate ship (which features two slides, a moveable steering wheel, plastic cannons and, of course, a plank), there’s a high-backed OmniSpin spinner, a Cozy Dome that kids can climb on or just loll under, and swings — including a spacious neon green “oodle swing” that allows multiple people to lay on it.

It’s beautiful. It’s fun. It’s safe. And it’s for everyone.

“We were required by law to make the park accessible for everyone to get to, but we went beyond what the minimum requirements were to make sure it was truly a friendly playground for people of all abilities,” says Pete Geis, Cranberry’s director of parks and recreation.

The playground at Graham Park, as well as a resurfacing of the adjacent Miracle’s League’s special-needs ballfield, was the nonprofit Cranberry Township Community Chest’s 2016 Project of the Year. Opened in the fall of that year, it was built as a joint effort with the Miracle League of Southwestern Pennsylvania, which is dedicated to providing children and adults with special needs an opportunity to play organized baseball.

Pirates Charities, the philanthropic arm of the Pittsburgh Pirates, contributed $100,000 for the roughly $750,000 project. There also were numerous donations from local business and residents, as well as a $20,000 donation from the Seneca Valley High School Student Council, raised via a 12-hour dance-a-thon. 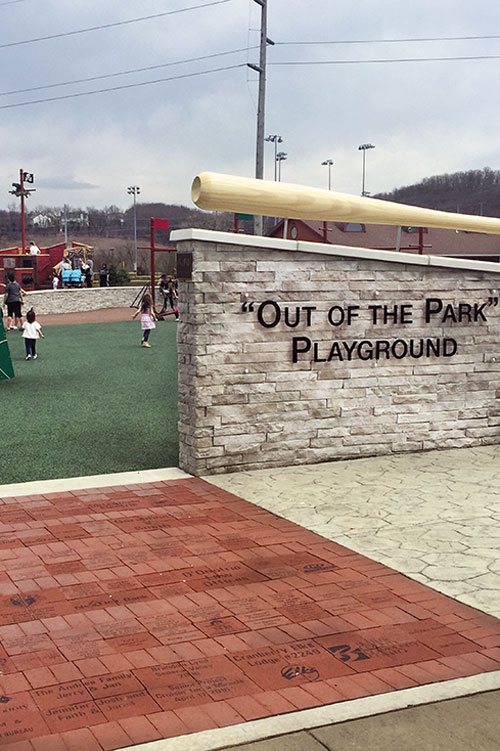 The region’s first Miracle League, featuring a rubberized ballfield that allows players with wheelchairs and walkers to move safely among the bases, opened in Cranberry in 2009. Since then, six more Miracle Leagues, all supported by Pirates Charities, have opened across the region — including locations in Upper St. Clair, Indiana, Murrysville and Wheeling, W.Va. — serving more than 500 players. In July, the Cranberry field will celebrate its 10th season with a special All-Star Game at Graham Park.

“There should be a Miracle League field in everyone’s community,” says Miracle League of Southwestern Pennsylvania Founder and President Mike Sherry, whose now 14-year-old autistic daughter, Jordan, inspired her parents to establish the regional league. “A child shouldn’t have to travel an hour to play baseball.”

Sherry felt similarly about an inclusive playground. Although the Miracle League at Upper St. Clair has an inclusive, Pittsburgh-themed playground (complete with yellow bridges), Miracle League players — and their siblings — didn’t have a place to play when they weren’t on the field in Cranberry, as Graham Park lacked a playground of any kind.

The resulting Out of the Park playground was thoughtfully designed as an open space where kids are able to run, or wheel, freely.

“That’s one of the reasons why we built this,” Sherry says. “The message to the community was this playground was for everyone. There’s an opportunity for all kids to play there and not be segregated into different places. Everyone should be able to come play.”