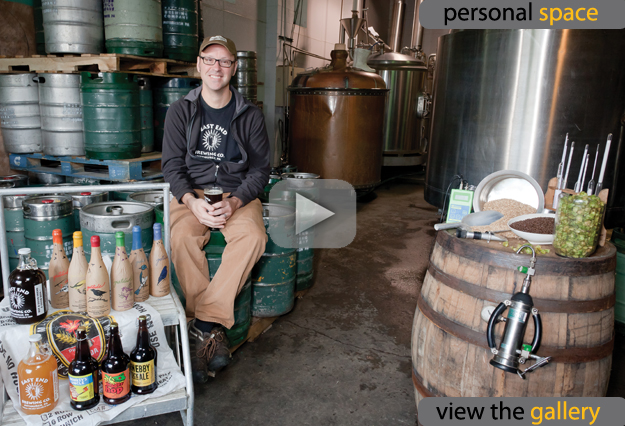 "The vision was to have me in here by myself making beer and delivering it to local bars and restaurants,” says Scott Smith, the brewmaster at East End Brewing Co. “I never expected foot traffic at this location, but people kept knocking on the door.” Smith, a former engineer, met the unforeseen walk-up demand at East End’s nondescript Homewood warehouse by filling half-gallon glass jugs called growlers with his craft beer. Throughout the past seven years, East End Brewing has outgrown its present location; the company will relocate to a larger nearby space in late 2012.

East End beers are also on tap at more than 100 local bars and restaurants, where tap handles proudly proclaim the birthplace of the brews. “When I got the first box of handles, ‘Pittsburgh’ was huge,” Smith says. “But I’d already bought them, so I had to send them out. The change in sales was immediately apparent. All by accident, it was bigger than I expected. People identify it as a local beer, and it’s been fantastic for us.”

This article appears in the November 2011 issue of Pittsburgh Magazine.
Categories: Eat + Drink Features, From the Magazine, Hot Reads