The debate over privatization of liquor stores has turned into a bad soap opera.

“It only take a little bit of greed to kill a child.”

That powerful line closes out a recent TV commercial paid for by the United Food and Commercial Workers Local 1776 Union in an effort to convince Pennsylvania voters and lawmakers that privatizing liquor sales would result in an increase in child deaths.

You can watch the poorly acted commercial to see for yourself, but of course it’s set in a playground. Two mothers sitting on a bench commiserating that greed is the reason liquor privatization is being pushed. Near the end of the commercial, one of the 5-year-old daughters runs up and sits on her mother’s lap. Cue the heartfelt squeeze from her mother, who utters that final line of doom: “Well, it only takes a little bit of greed to kill a child.”

Before you allow a single tear to roll down your cheek and plop dramatically into your coffee mug, let’s take a look at what this commercial is attempting to convince us with statistics because we might find they’re actually trying to blind us with our own emotional interpretation of vaguely worded facts.

As the commercial begins with a swell of music, one mother mentions to the other in utter disbelief that politicians want to allow beer and wine to be sold in supermarkets, big box stores and *gasp* “even gas stations.” To which her bench companion replies, “That would be so dangerous for kids . . . to have alcohol for sale in so many places.”

“Kids.” What age range do you have in your mind right now when you hear “kids” while looking out on a playground of gradeschoolers? Keep that number in mind as we move forward.

The first mother responds, “I read the same kind of law in North Carolina *dramatic pause* is killing one child a week.” As she says that line, we see two kindergarteners playing with a ball in the background.

And POW! We feel like we’re watching Bambi’s mother about to take a bullet. Impending doom. Death. Emotion. CHILDREN DYING. Why would we ever allow such a thing?!

But! Before you call your state lawmaker and start spitting into your phone, let’s take a look at this statistic. The reference for this stat is from a local North Carolina NPR station in an article entitled “North Carolina loses one child per week in underage drinking-related accidents.”

This was a statistic released by the North Carolina Alcoholic Beverage Control Commission in an effort to address the problem of underage drinking. The “one child a week” statistic does not mean drunk drivers are mowing down 4-year-old children while they play. It means that underage drinkers are dying in alcohol-related crashes when they get behind a wheel.

There is a big emotional difference here between innocent children and teens who knowingly drink and then get behind the wheel of a car. Certainly all life is precious, but the union is attempting to make you feel that your innocent kindergartener is going to be in grave danger of vehicular homicide due to greed — when in fact the statistic should reflect teens dying in underage DUI accidents. But “teen drunk drivers” just doesn’t give you the emotional gut-punch of “child.”

Now, it would follow that if allowing beer and wine to be sold in *gasp* gas stations causes an increase in underage drinking-related deaths — as this commercial is attempting to lead you to believe — then Pennsylvania must have a lot less of these types of deaths than North Carolina. Right?

Let’s check it out.

One child per week = 52 underage alcohol-related traffic deaths per year in North Carolina, where you can buy beer and wine in retail stores and even *clutches pearls* gas stations.

In Pennsylvania, there were 51 underage alcohol-related traffic deaths in 2010.

North Carolina is leading Pennsylvania by ONE underage alcohol-related traffic death per year. One.

Look at all the holes I just shot in your attempt to lie with statistics. I didn’t get a B-minus in my college statistics class for nothing.

Back to the commercial.

Wait. Wait just a minute. Are we supposed to leave our kids and teens in our cars when we go into the state liquor stores?! Crap. I’ve been just walking in to buy wine with my kids in tow. I let them look at the wine bottles. I am so embarrassed by this incredible parenting fail. Next time I’ll leave them in the car. Don’t worry. I’ll crack the window a bit because God forbid a child be in the presence of retail-ready alcohol containers. They could just grab one off the shelf and guzzle it down before you can say “Yo Gabba Gabba.”

And then the dramatic ending of the commercial. The mournful look at her daughter as if she is already dead. “Well . . . it only takes a little bit of greed . . . to kill a child.”

There are arguments to be made for both sides of almost any debate that are a squinch political. This ain’t it.

If you are of the opinion that retail establishments are going to make it easier for the underage to purchase wine and beer . . . if you believe that compared to PLCB employees, private employees will be more lax in checking IDs, let me assure you as an owner of a liquor license, you could not be further from the truth. Being given the ability to sell wine and beer at your establishment is a huge responsibility because it is your livelihood at stake. Make one underage sale and you are jeopardizing a vital source of income. 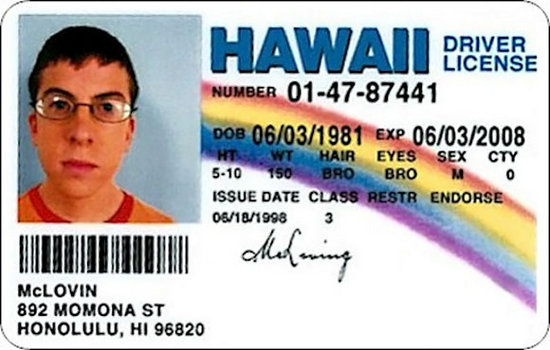 Private retail establishments are going to be highly, highly motivated to put the proper controls in place to ensure there are no underage sales, lest they be fined or stripped of their license.

Hell, I can’t even buy a pack of sparklers at Target without handing over ID. Do you think if I bring a bottle of wine to the checkout the cashier is going to say, “Here’s your wine, but I’ll need to see some ID for those Snap-Its?”

Take your emotions out of this. See through the warped statistics. This commercial is nothing more than a soap opera. It only works if you’re gullible enough to believe it.

This article appears in the May 2014 issue of PittGirl.
Categories: PittGirl