The North Shore concert hotspot is the latest inductee in the After Dark Hall of Fame. 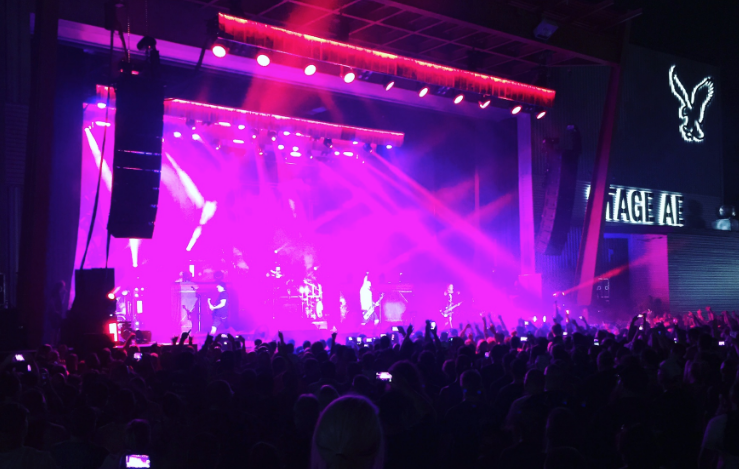 The After Dark Hall of Fame has no entry requirements. I’ve inducted a bowling alley. A street. A loosely organized class of establishments. Two local chains. A yinzer bar. A hipster bar.

On slow weeks, I’ve considered inducting a sandwich. (I haven’t gotten there. Yet.)

But concert venues have remained conspicuous by their absence in this entirely fictional hall of local nightlife institutions. The reason is simple: Until recently, Pittsburgh didn’t have a great concert venue.

To be sure, Pittsburgh had plenty of great concerts. But a truly perfect venue?

Star Lake Amphitheatre — which recently changed its name yet again, prompting the entire region to collectively declare, “Nope, we’re not learning this one, we’re just going back to calling it Star Lake” — holds a lot of nostalgia for me and other locals. But the experience of getting there is a maelstrom of traffic and overpriced parking and they’ve never figured out how to serve decent food or drink at a reasonable price.

I do like Mr. Smalls — it’s a great space and hosts a number of excellent acts — but it’s not quite worthy of induction. And there are plenty of bygone nightclubs (Club Laga, The Decade, the Electric Banana) that might well make the cut if they were still standing.

Since late 2010, however, Stage AE has proven itself as versatile as it is amenable — and it looks, and sounds, great. Modeled on a game-changing predecessor in Columbus, Ohio, the venue has brought music to the North Shore that would have otherwise had to dig deep for an appropriate setting.

Seriously — a few months before Stage AE opened, the Avett Brothers played the Ches-A-Rena. Y’know. The thing in Cheswick.

You know, Cheswick? It’s up the river a bit? Let’s move on.

The indoor/outdoor stage is the stroke of genius, here. During the warmer months, Stage AE is a more manageable replica of the traditional outdoor amphitheatre, eschewing rows of seating for a sizable pit (even during sold-out shows, it’s not a challenge to get close to the stage if you’re so inclined) and a sprawling lawn (big enough to spread out, not big enough to feel like you’re in an untamed free-for-all). When the weather turns, the indoor version of the club offers excellent sound and uninterrupted sightlines.

You can get a hot dog without sticker shock, and the prices for beer are lower than those at a Steelers or Pirates game (and thus significantly lower than those at Star Lake). It’s not even hard to park; most of the time, you can find street parking if you look hard enough.

In the interest of full disclosure, Stage AE has hosted a number of Pittsburgh Magazine events in the past — I assure you that I have no sway on where and when we host parties, so there’s no bias here — but even that speaks to the versatility of the venue. This is not a place that either hosts a band or shuts its doors; in fact, many of my favorite trips to Stage AE have been for pro wrestling events.

Somehow, Stage AE is also the best venue in town for pro wrestling.

The proof of a great venue, ultimately, is in the bands that play there, and the variety and quality is staggering in that regard. Acts capable of filling much larger spaces (I’m thinking of the sold-out 2015 set by Weezer or the forthcoming guaranteed sell-out by Portugal. The Man) choose this venue when they come through town. And while some spaces skew towards a certain genre, Stage AE is the place where I’ve seen Marilyn Manson and Lyle Lovett. Snoop Dogg and Fiona Apple. Anthrax and Girl Talk.

We needed a place like this in town. Then it arrived.