The Lawrenceville landmark's truly famous fish sandwich is just one reason why it's the first individual bar to be inducted into the After Dark Hall of Fame. 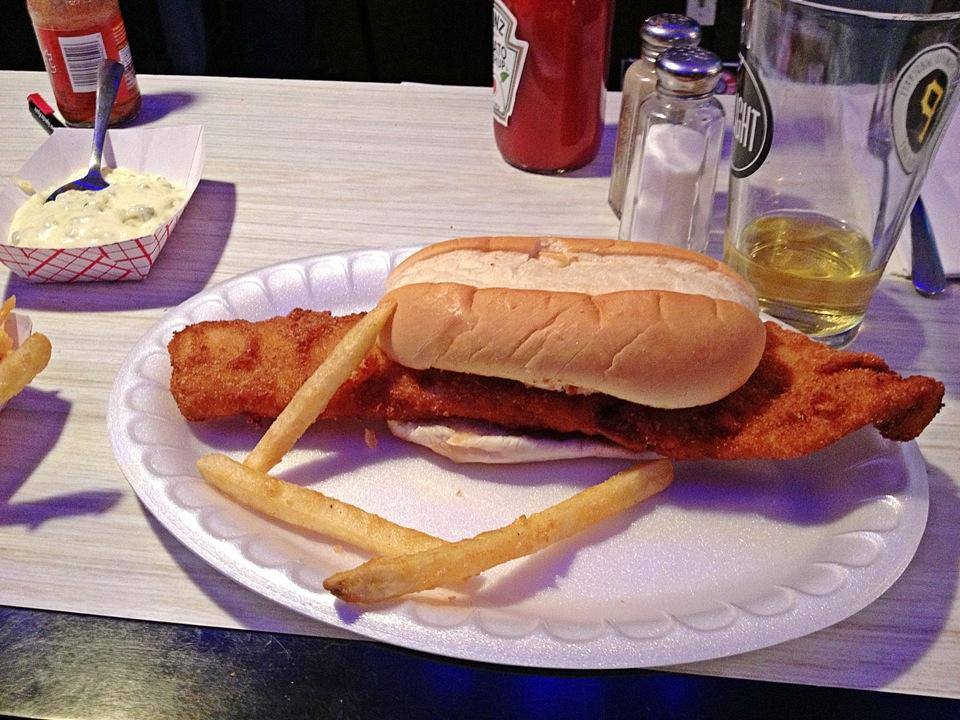 I have to admit that the first three entries in the After Dark Hall of Fame somewhat were timid.

I suppose that opting for a restaurant chain as the inaugural inductee was a bit of an off-the-wall choice, but the continued nightlife relevance of Eat'n Park can’t be questioned. Selecting East Carson Street as a whole was a no-brainer. And I had to acknowledge the Social Clubs of western Pennsylvania early, lest I be called out by thousands of mooses (not to mention the elks and the owls).

What I’ve been resisting, obviously enough, is inducting a single establishment. And it’s time; I need to determine the one bar and/or restaurant worthy of enshrinement.

How to begin? For starters, I think we need a bar of very long standing. While age is not necessarily a predictor of continued vitality — fare thee well, Chiodo’s Tavern — a tavern with decades under its belt is considerably less likely to blink out of existence due to the whim of an owner or the shifting tastes of a neighborhood. More than that, such a bar can come to define an area — even if it’s just a block or two. People should be able to give directions by referencing this bar as a landmark.

Secondly, at least this first single-bar entry must, I think, focus on a true Pittsburgh bar. There will be time later for the tasting menus, the craft cocktails, the imported spirits; for now, though, we must acknowledge the particular character of the quintessential ’Burgh room. Cold, local drafts being sold for pocket change. Well-worn bar stools. Neon Iron City signs. The 5 o’clock news on the television — with patrons actually watching it. And at least one item of Steelers merchandise that predates the Internet.

And lastly, there must be a singular feature to this bar — food, drink, whatever — that raises its profile above all the other longstanding, truly Pittsburgh bars. An iconic offering.

Now in its 73rd year, Nied's Hotel Bar and Restaurant is Pittsburgh in two rooms: unpretentious, inviting and soaked in history. Itself an outgrowth of a previous establishment in Homestead, Nied’s Hotel faithfully served steelworkers throughout the 20th century and is happily serving their grandchildren — and the savvier among Lawrenceville’s incoming hipster population — in the 21st.

Their flair for live entertainment — bands still are booked regularly, along with the occasional stand-up show — eventually led to the creation of the Nied's Hotel Band, icons in their own right. As a philanthropic performing group, the band performs throughout the region and beyond, always with the aim of raising money for a worthy cause. As passionate music lovers, they invariably entertain in the process.

Community? You want community? This is a bar that organizes group outings for its patrons to destinations as near as PNC Park and as far as Alaska. Yes, Alaska. And if you want honest conversation and debate on the issues shaping Pittsburgh’s future, don’t bother looking at Facebook; see where the conversation leads along the bar at Nied’s, where debate has covered everyone from David L. Lawrence to Bill Peduto.

And look: the fish sandwich. We can all agree, with deference to the pierogi, that if Pittsburgh has a signature foodstuff, it is the ridiculously large fish sandwich. And while the Lenten fish fries get all the buzz, you will never be as satisfied with a hunk of fish between a lot of bread than you will saddling up to the bar at Nied’s and ordering it just the way you like it.

Welcome to the After Dark Hall of Fame, Nied’s Hotel. May you fry fish for a thousand years.