The Millvale neighborhood meeting place is the latest inductee in the After Dark Hall of Fame. 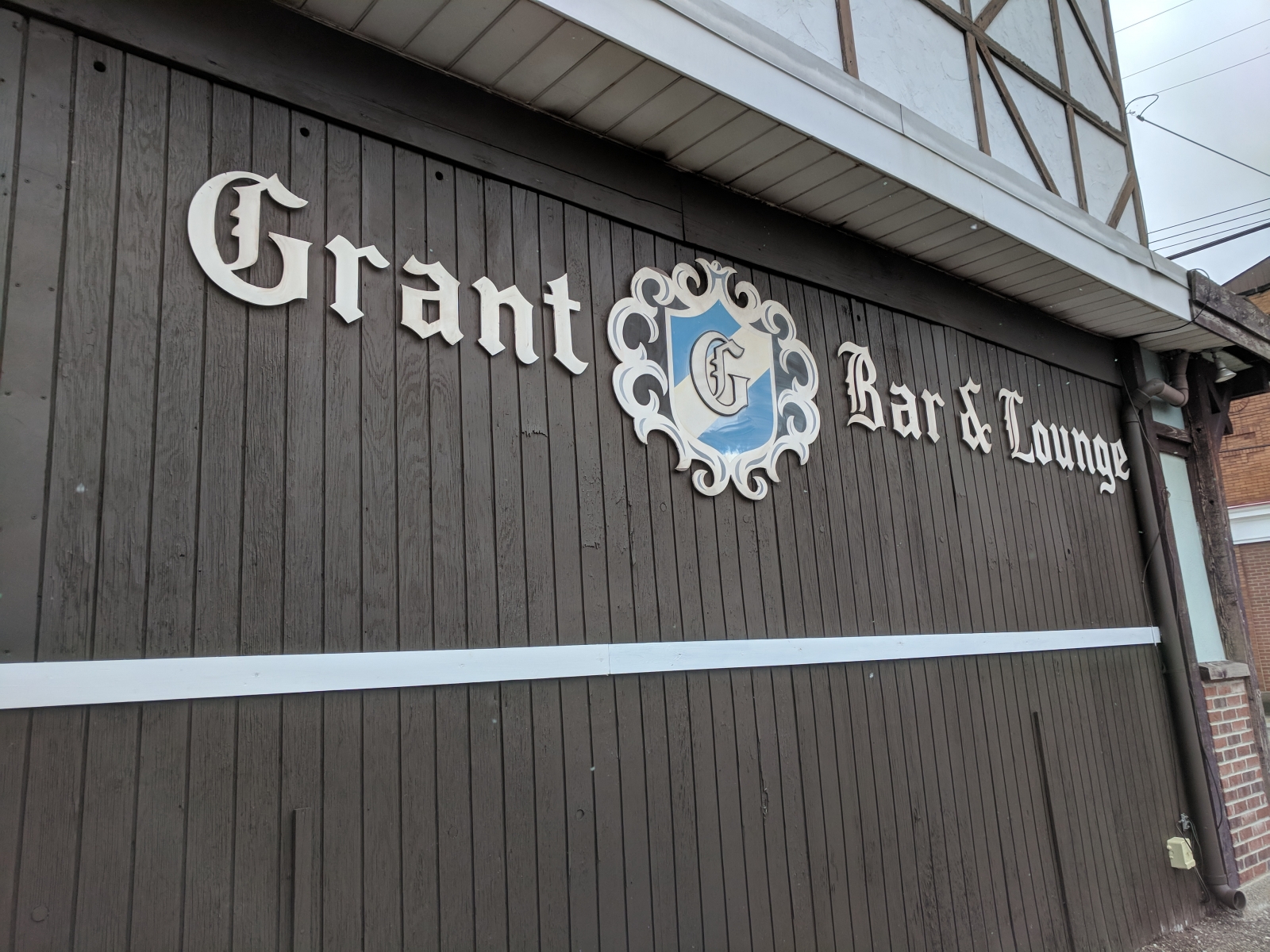 There aren’t that many of these left.

Sure, there are plenty of traditional Pittsburgh bars around town. They all have history worn into the grooves of their barstools; generations of tavern debates and off-color jokes have mingled with cigarette smoke, tattooing their ceilings. They are indispensable and seem eternal.

But the neighborhood meeting place — the de facto town hall of a western Pennsylvania community — those are fading. Misfortune or mismanagement seems to claim another one every year. A story appears here and there about the fate of the shuttered pub’s century-old knicknacks, useless objects made valuable through time and stillness. Often, the bar sits empty as rumors of the building’s fate and future filter into less venerable neighboring watering holes.

A lot of those places are gone. The Grant Bar isn’t.

The Grant Bar & Lounge — that’s where I’d usually link to an establishment’s website, but such modern finery is superfluous for this institution — has stood sentinel on Grant Avenue since 1933, seeing Millvale through booms, busts and too many floods. It remains in the Ruzomberka family, who founded the bar, and maintains a familiar menu of comfort food: burgers, sandwiches, dinner entrees your mother would make (aping your grandmother’s recipe).

Like in the name, the bar comes first; you enter to find a spacious barroom, gently styled after a European beer hall but fundamentally no different from a hundred like it. There are quieter corners for your one-on-one conversation; there are debates and discussions from one end of the curving bar to the other. The draft beers are what you’d expect, albeit with a few strong local offerings (I had a stout from North Country on my last visit), and the bottles lined behind the bar ensure your preferred liquor and mixer can be yours, if little else.

You don’t need anything else. This is a joint for a boilermaker.

And yet: beyond the barroom, a series of dining rooms invite family dinners, patient lunches, even larger gatherings. These dining rooms are no afterthought; this is a place you are happy to sit and eat. If you lived across the street and money was no object, you’d wander over here every day at 5 p.m., a matter of course rather than choice (but you’d choose it, too).

A scene unfolded as I ate lunch — eggplant parm sandwich and fries, quite satisfying — earlier this week. A woman sat, chatting with a friend; the bartender, 20 years their junior but in every other way a peer, asked her how she’d been. I tried not to eavesdrop but could hear tears take over her response; she’d lost a loved one recently. The bartender comforted her, genuinely. These people knew each other, filling their roles in the fabric of a neighborhood with ease and love.

A few minutes later, the woman and her friend paid their tab and left. A man walked in and assumed their seat.

“The usual for you today?,” the bartender asked. He replied in the affirmative. Same as it was. Same as it will be.