The second entry in the After Dark Hall of Fame is a street — and it's the center of Pittsburgh's nighttime universe. 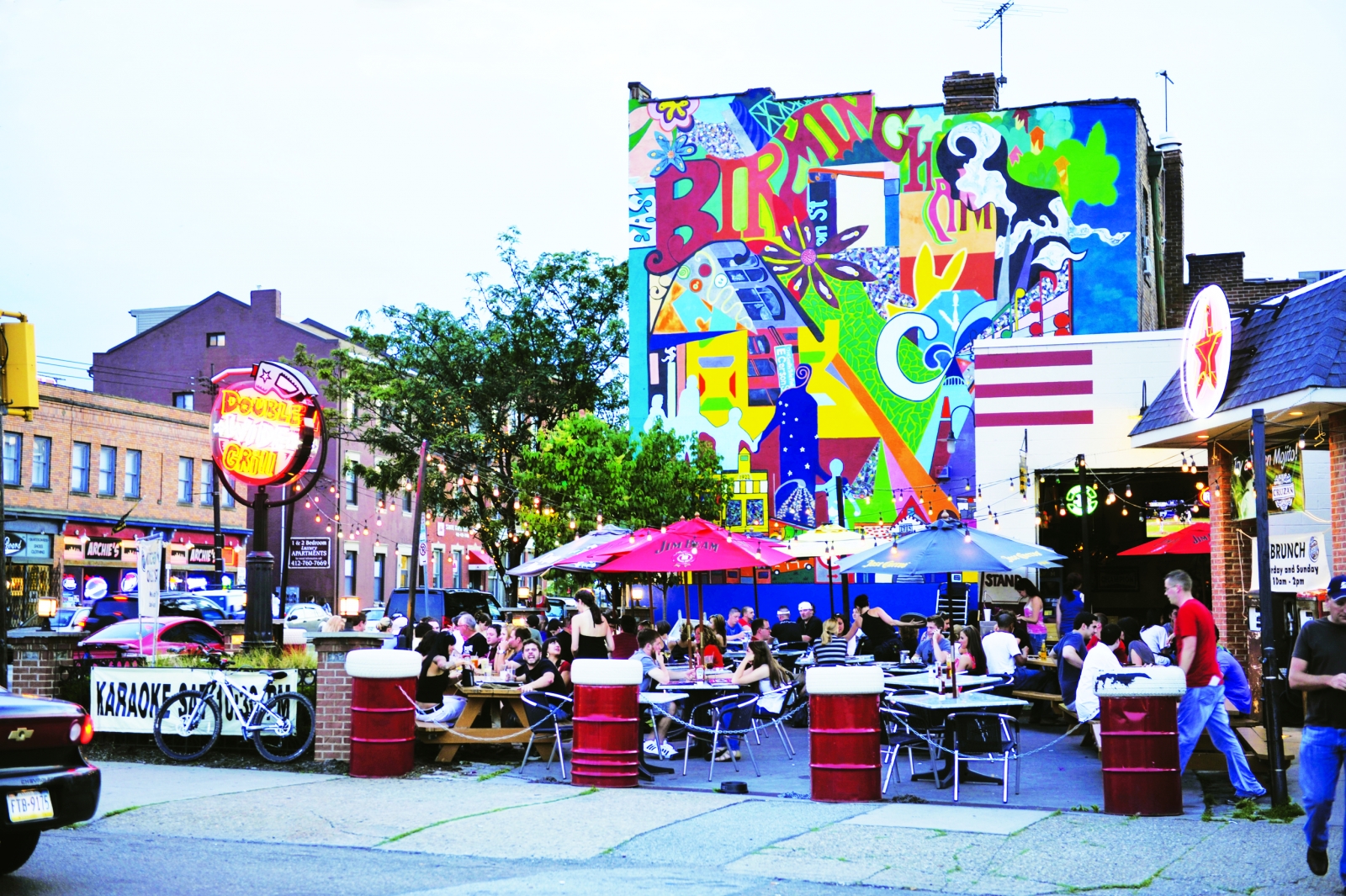 When preparing the inaugural entry in the After Dark Hall of Fame, the choice seemed obvious. Only Eat’n Park can represent nightlife to each and every Pittsburgher, from a toddler to a grandparent; the chain’s ubiquity made it a no-brainer.

I had to consider the solar system of nocturnal activity in Pittsburgh as a whole. Sure, planets enter and exit this cosmic neighborhood every few decades — Lawrenceville up, Station Square down, the Golden Triangle down and then up again — but only one street can be regarded as the center of orbit for Pittsburgh nightlife.

That’s right. We’re headed to East Carson Street, the second inductee in the After Dark Hall of Fame.

Admittedly, the blocks of East Carson between the 10th Street and Hot Metal bridges may not have the universal appeal they once did. Many ’Burghers older than college age are reluctant to venture to that side of the river after 9 p.m.; it’s too dangerous, they cry. Many explanations have been forwarded, from an influx of student housing to a drop-off in police presence to general millennial discontent to the rise of other ’hoods.

But to deny that East Carson remains ground zero for Pittsburgh’s revels is to deny its history — and its current versatility. This has been where locals (young locals, particularly) have come to drink for decades; while many hallmarks of the South Side are bygone (Nick’s Fat City, we hardly knew ye), others, such as Jack’s, Dee’s Cafe and the eternal Beehive, are landmarks.

I know I was rambling around East Carson long before I could patronize most of its establishments; at 18, I was driving down regularly (and braving the admittedly dismal parking) to poke around speciality stores by day and camp at a coffee shop or hookah bar by night.

Today, there’s plenty to draw me back, day or night. While some regard this stretch of road as little more than the place for cheap mixed drinks, I think of it as a go-to neighborhood for lunch, dinner or late bites. I think of cocktail meetings at Acacia and knockout quantities of food at Double Wide Grill. Since the addition of the SouthSide Works, I think of movies, too — as if the ample entertainment options at the Rex Theater, City Theatre (just around the corner from Carson), the Smiling Moose and more weren’t enough.

East Carson also remains a delightfully quirky area, with tiny absurdities that just won’t fly in the upstart, hipster neighborhoods. That Burger King? It was a pretend Burger King for a while. That bar there? It has a pool on the roof. We don’t know why. That tiny green shack? Yeah, we used to pay 50 cents to use a street toilet. Frankly, we wish we still could.

Even the sometimes-maligned aspect of East Carson’s vibrancy has its place. Sure, I often don’t want to be in a throng of inebriated post-adolescents. But at the same time, we’ve got plenty of bars for craft cocktails and plenty more for pints of Iron. Contrary to popular belief, we also need a few spots in town where you can feel OK about throwing back Jäger shots and downing a few Jack-and-Cokes. Even if it’s just a throwback to younger days, I’d rather do it on East Carson.

Welcome to the After Dark Hall of Fame, East Carson Street. We’ll always be back.