Their toll-free exhibit has served as a cultural Pittsburgh icon for years, and now, people are giving back to the founders of this beloved institution. 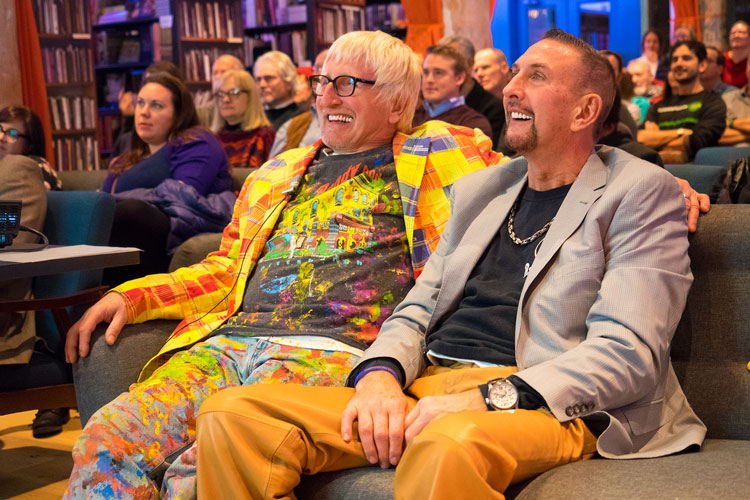 In 1995, Pittsburgh artist Randy Gilson and his partner Mac created one of Pittsburgh’s most colorful landmarks, “Randyland.”

The unmistakable North Side courtyard is a garden full of recycled oddities that have been repainted to turn the space into “the happiest place in Pennsylvania.”

Creating the attraction in Pittsburgh has consumed their time and energy, and the two never took a vacation, despite being together for more than 23 years. So when Mac was diagnosed with advanced terminal cancer in 2016, Randyland fan Tim Martini put together a GoFundMe for the couple’s dream vacation to the western United States.

Donations from Randyland fans around the world totaled more than $18,000, crushing the $10,000 stretch goal. The two plan to visit the Grand Canyon, and walk along a California beach for Mac to see the ocean one last time.

Initially, Gilson did not take the generosity well.

“I was mad as hell,” Gilson says. “I don’t like presents. I stopped going to people’s houses on Christmas and holidays. Everything I do, I do to give away.”

But after consulting with Mac, Gilson embraced the gift. Foo Conner, social media coordinator and co-director of Randyland, says Gilson’s apprehension stems from the fact that he’s more used to providing for others than accepting charity.

“Randy gives a lot of love out, and he never asks for anything back,” Conner says.

Gilson says that after Mac passes, Randyland will remain a symbol of their relationship. Despite his name being on the marquee, he says the space was a combined effort from him and Mac.

“Randyland has never been Randyland. It’s always been our land.”

Much more shy than the eccentric Randy, Mac would often tell guests he ran into that he was simply “the gardener.” Conner says he made an extra effort to tend to the plants following his diagnosis.

“(Mac) said, ‘I want to make sure the plants are taken care of. I’m not going to be here this summer,’” Conner says.

The loss will be massive for the now 60-year-old Gilson, who met Mac in 1994 at a festival Downtown, but he’s ready for whatever comes.