Pittsburgh Public Theater’s 2012-2013 lineup, which debuts this month, features classics and newer shows that have one common thread: the United States. 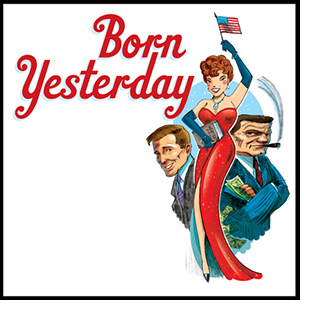 On the surface, 1776 is just a musical about the signing of the Declaration of Independence. Men in wigs sing, dance and crack jokes. But the original 1969 production was much more than a bunch of show tunes. The script, written by Peter Stone, is also a suspenseful tale of revolution, dirty politics and the colorful Founding Fathers. Sherman Edwards’ complex lyrics are as much about the Vietnam era as the Colonial. Sure, there are silly gags, like John Adams lusting after Martha Jefferson — but at its core, 1776 is about the (initial) American dream.

“It was originally billed as a play with music,” says Ted Pappas, producing artistic director of the Pittsburgh Public Theater and innovator of this season’s theme, “Made in America.” “We know how it ends, but there’s still this underlying tension. Will they get to the signing?”

Pappas didn’t originally intend to choose an all-American theme for his 2012-13 lineup, nor did he plan on tying his picks into the presidential election.

“It came about naturally,” Pappas recalls. “I was just trying to find new work.”

He wheeled and dealed with his New York contacts for hot scripts. Plays like Other Desert Cities (by Jon Robin Baitz) and Clybourne Park (by Bruce Norris) premiered only recently; Other Desert Cities was a finalist for the Pulitzer Prize this year, and Clybourne Park won the Pulitzer for Drama in 2011. That Pappas managed to secure production rights is an astounding feat. Even George Stevens’ Thurgood — a biographical drama about Thurgood Marshall, the first African-American justice on the Supreme Court — is (so far) rarely made available to theaters like the Public.

Pappas, who’s been in his role since 2000 and is signed on through 2018, even put together a list of 20 plays he wanted to produce within his lifetime — call it a directorial bucket list — which inspired several of his selections.

While composing that list, Pappas discovered that every play he procured took place in the United States, each one featuring only American characters. All of the shows deal with distinctly American preoccupations, such as race relations (Thurgood), gentrification (Clybourne Park), polarized politics (Other Desert Cities) and civics lessons (Garson Kanin’s Born Yesterday, playing this month). These aren’t bland plays about patriotism — they’re sophisticated character studies about our ever-changing nation. Each is a vignette from a different era and walk of life, appropriately geared toward the wired generation.

“This is the season that speaks to the here and now,” Pappas says. “[These stories] are bigger than the location and time they take place in.”

The Public kicks off the season with Born Yesterday, a 1946 comedy that introduced Judy Holliday before she became one of Hollywood’s brightest stars. In the play, a simple-minded woman named Billie Dawn shows up in Washington, D.C., with her mobster boyfriend. Thanks to newspaper reporter Paul Verall, she learns about how the government works — and just how corrupt statesmen can be. While Kanin’s script is full of humor and wordplay, the story takes a hard look at American politics. Nearly 70 years after its New York premiere, Born Yesterday still makes sharp comments, especially during a heated presidential race.

“It’s about the importance of having an educated electorate,” Pappas says. “But I wanted to start the season with laughter.”

What ever happened to the “town meeting”? Back in the Puritan era, such gatherings were serious democratic business, where everyday farmers and cobblers got to have their say. Pappas plans to revive this plainspoken dialogue, by way of the Public’s “Town Hall” series. These themed public discussions, which are cost-free, take place on Monday evenings, when no shows are playing.

The meetings are no publicity stunt: Pappas hopes that a genuine public forum will help patrons become better citizens, and he intends to bring together panelists from all walks of life to field questions and comments from the audience. The first meeting will be held Oct. 8.

“Each season gives us an opportunity for special programming,” Pappas remarks. “This year, we want to remind people that theater is part of the discussion, part of the solution.”