Tunie talks to Pittsburgh Magazine about returning home for her roles in “The Tempest” and “The Roommate.” 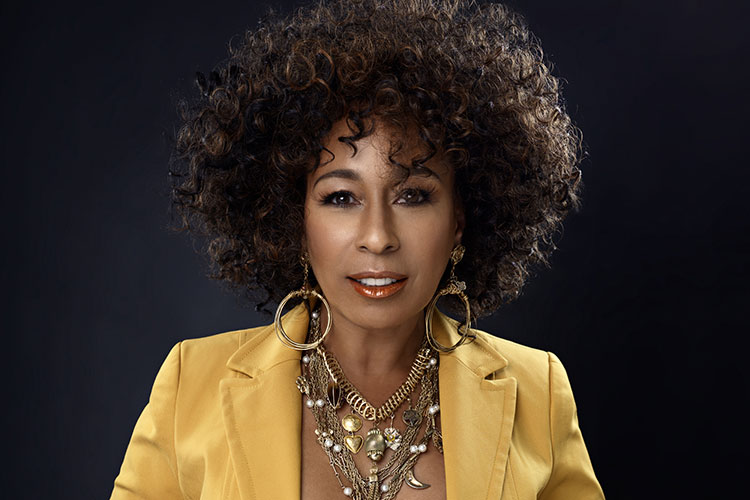 Actress, director and producer Tamara Tunie has had a career in film, television and theater for more than 30 years. The McKeesport native and CMU grad has starred opposite some of Hollywood’s best, whether it’s Al Pacino in “The Devil’s Advocate” or Denzel Washington in “Flight,” and has had success in television as well, including a recurring role on “Law and Order: SVU.” Now, Tunie returns to the stage for a doubleheader in her hometown. She spoke with Pittsburgh Magazine about her upcoming roles, the difference between acting on stage and film and how Pittsburgh's theater scene has grown since she lived here.

Shakespeare’s “The Tempest” runs through Feb. 24 at Pittsburgh Public Theater Downtown. “The Roommate” runs from March 2-24 at the City Theatre on the South Side.

What’s it like to be back in Pittsburgh?
It’s cold. [laughs] Just kidding. It's great to be home. I live in New York, which is not far, and my family is still here and I get to reconnect with friends I’ve had since high school. What's wonderful is the extended period of time I’m able to be in Pittsburgh. Usually, I’m in for a weekend and out. What's interesting is living Downtown. No one in Pittsburgh lived Downtown when I grew up. Experiencing this eat/play lifestyle is exciting.

You’ll be working with your old friend Laurie Klatscher in “The Roommate” (the two know each other from time at the Detroit-based Park Players). Do you think your friendship will add to the message of the play?
She's also in “The Tempest.” It’s great connecting with her on this project. I look forward to doing this two hander with her. Being in “The Tempest” with her is creating a foundation to launch from when we start “The Roommate.”

Both of your upcoming roles will feature all female casts. Do you think the experience will be different than performing in a cast that has both men and women?
Absolutely. Everyone in this cast [“The Tempest”] is brilliant and loving and supportive. We’ve created a family of women that have come together in a unique and special way. It's a different energy when all women are working together — I think everyone can attest to that in any field. I think the audience is going to immediately forget that this is all women, that these people are these characters and gender goes out the window and you just tell the story. You cut to the heart of the character whether it’s male or female. It’s thrilling.

How does “The Tempest” compare to your other experiences with Shakespeare?
Well, I think it's a big role. There’s a lot, and Prospero [Tunie’s character] goes through a very arduous journey in the play. Emotionally, it’s some heavy lifting. I’ve got my work cut out for me, but I’m having a great time. It's incredibly challenging, but I never met a challenge I didn't love.

“The Roommate” seems to be a lighter comedy while “The Tempest” has a more intense setting. What has the preparation been like for both roles?
“The Tempest” welcomes you into this epic and huge world with all these different characters. It’s very expansive with the beauty of the language, the beauty of Shakespeare's language. “The Roommate” is a two-character play and it takes place in the kitchen. It’s very intimate, it’s very contemporary, and the subject matter is also very contemporary. It’s going to be two sides of the coin. It’s going to be very different.

What do you hope to achieve [by serving] on City Theatre’s Board of Directors? (Tunie will join the board this year)
I’m hoping to bring whatever I can, [but] that has yet to be decided. I’m delighted and honored to be asked to join the board. I'm hoping my participation can help the theater in any way possible. It's very exciting for me to help an organization in my hometown.

Do you carry anything from your work in TV and movies to theater or vice versa?
Absolutely. I feel like as an actor, the theater is where you can really grow and flex and apply that to film and TV — they’re different animals, they work differently. I've always felt theater actors can easily adapt to film and TV. I’ve seen it challenging for film and TV actors to do theater. It was my first love. I find it the most collaborative, whereas in film, you arrive on the day and shoot your scene and go home.

How would you compare the theater scene in Pittsburgh to that of New York?
It’s [New York’s] little sister I would say [laughs]. What's wonderful for me is that the cultural scene in Pittsburgh is vastly more involved than when I was growing up. To have a cultural district is fantastic, to have all these theaters clustered together is fantastic. It’s great to be in this hub of culture. Nothing compares to New York. Nowhere in the world compares to New York. On its own, Pittsburgh has so much to offer culturally that's fantastic. One of the first things I say to people who haven't been to Pittsburgh is how great the cultural scene is.

How did your education at Carnegie Mellon University (Tunie graduated with a bachelor of fine arts degree in musical theater) prepare you for the industry?
Going to CMU was the best decision I ever made. The program there then was great, and it has grown tremendously. I’m very proud to have gone to Carnegie Mellon. Carnegie Mellon students dominate Broadway. My connection to CMU continues to be active. I love visiting the school, talking with the kids, working with the kids. I sang at the presidential inauguration with the kids in the choir. CMU is part of the fabric of my life. [It was] definitely a great launching point in this business.