Actor Elijah Wood Takes on The ScareHouse in Etna

“The Lord of the Rings” star has been in Pittsburgh shooting the movie “The Last Witch Hunter” with Vin Diesel. 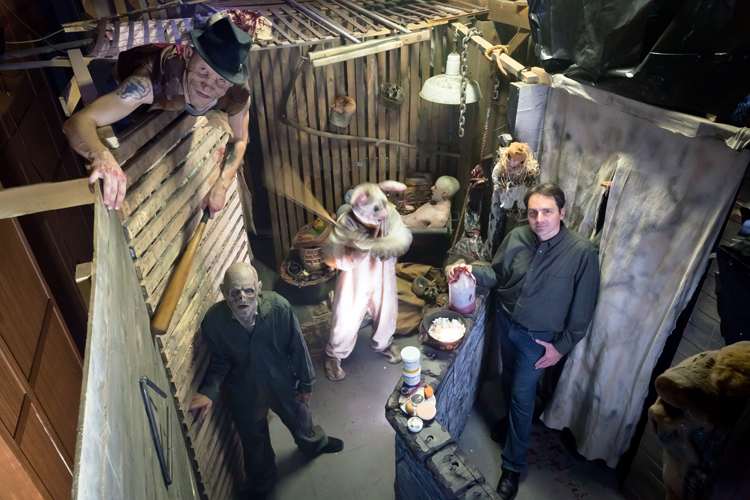 Come Halloween, Elijah Wood is a regular at Universal Studios’ Halloween Horror Nights, traipsing through mazes based on blockbuster fright films. He enjoys the aesthetics, he told Seth Meyers on NBC’s “Late Night” and isn’t particularly scared by any of it.

So what’s a dyed-in-the-wool Halloween fan to do when far away from his traditional rituals, working on a film in our fair city? You take yourself over to ScareHouse in Etna.

Billed as one of the nation’s top maisons du horror, Wood signed up for the ultra scary 35-minute tour through The Basement. “It was really intense,” he laughed with Meyers, recounting how he had bags pulled over his head between rooms and was at one point shoved into a coffin.

When asked if he was happy he’d gone, Wood grinned: “So happy!” After his journey through the basement (insert Mordor joke here) Wood met the ScareHouse cast and owner. 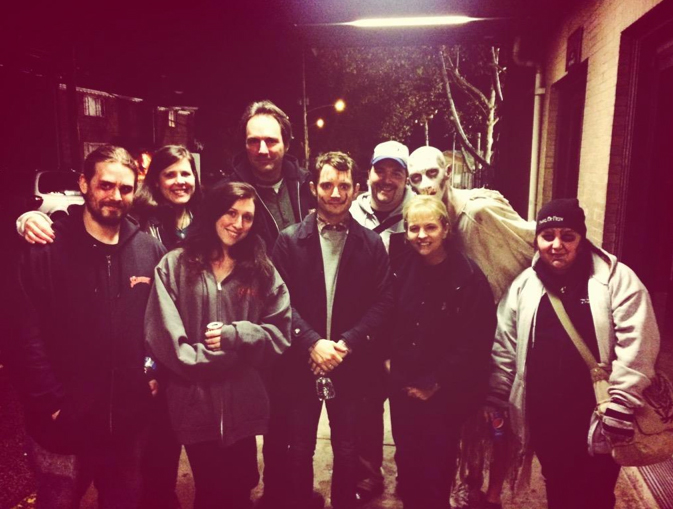 Since he’d arrived by cab, one of the crew offered to drive him home. How’s that for classic Pittsburgh charm?

You can watch Wood's full interview on "Late Night with Seth Myers" here.

It’s too late to save the passenger pigeon, extinct for a century. But calling attention to its fast-track to oblivion can spur protection for other species we share the planet with.

At one time passenger pigeons were the most abundant bird in North America with a population that numbered in the billions. They were hunted to extinction, laying waste to the idea that natural resources are inexhaustible.

Through December, five locations throughout the region will display artist Tom Duran’s life-size carvings of eight extinct bird species. Their presentation will be coupled with lectures, performances and exhibitions at Carnegie Museum of Natural History, Carnegie Mellon University, the University of Pittsburgh and Duquesne University.