Local universities offer students the opportunity to make the world their classroom. 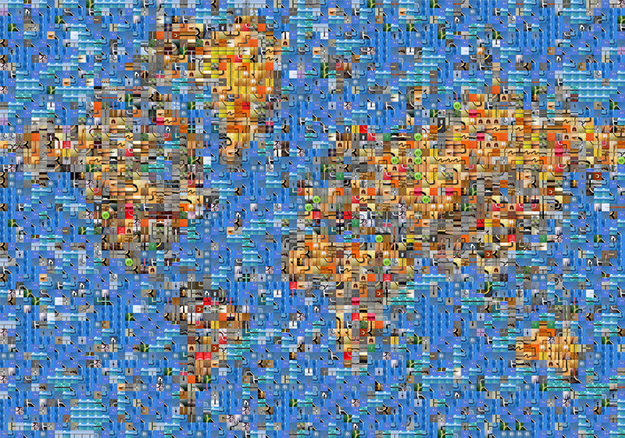 Remember the now-famous scene in The Social Network where Justin Timberlake’s character informs Mark Zuckerberg, “A million dollars isn’t cool. You know what’s cool? A billion dollars.” The same philosophy can be applied to studying overseas. For most wanderlust-struck co-eds, nothing sounds cooler than a semester in Barcelona. But savvy students know to look for immersive experiences in emerging markets, not vacation packages. These programs don’t offer all-inclusive poolside bars, but they could inspire you to create something that changes the world, just like good ole Zuck.

Allegheny College
Athenas, Costa Rica
Want to immerse yourself in a sustainable development case study and pick up a second language while doing it? If you’re environmentally inclined and want to get your hands dirty, consider Allegheny College’s School for Field Studies program in Atenas, Costa Rica, a breathtaking region where cloud forests, rain forests and mountain plains shelter more than 6,000 species of plants. You’ll be stationed at a small farm-turned-research facility perched on a hillside at 2,600 feet above sea level. When you’re not hiking through waterfalls or playing soccer with the locals, you’ll take introductory Spanish classes and work on real-life management projects for the sustainable development of the region’s communities by focusing on the preservation of protected areas, reforestation, agricultural production and ecotourism. The hard (and very real) work in the field is a fair tradeoff for essentially living inside a gorgeous desktop background.

Did you know?
Up to 50 percent of the Costa Rican rainforests’ mammalian population may at some point live in the trees.

Carnegie Mellon University
Education City, Qatar
The Qataris are very serious about their education. So serious, in fact, that they built an entire city in the middle of the desert just to attract world-class universities to invest in the country. Education City rises up from the sands on the outskirts of Doha and is home to a village of six elite branch campuses, including Cornell and Carnegie Mellon. CMU’s Qatar campus is an independent four-year university that currently offers five majors, including Business Administration, Computer Science and Information Systems. However, students at the Pittsburgh campus can apply for a semester-long exchange program in Qatar (and vice versa). Best of all, they have the ability to cross-register for courses at any other institution in Education City. The Qatar campus has been such a success that CMU will officially open a similar site in Kigali, Rwanda, this year.

Did you know?
This fall, the CMU Qatar campus will welcome the country’s first female Qatari swimmer to compete in the Olympics as part of its freshman class.

Duquesne University
Rome, Italy
You’d have to speak in Italian to properly convey the beauty of Duquesne University’s Italian campus on the edges of downtown Rome. Unlike many study-abroad programs in Europe, Duquesne offers a true campus environment with gardens, a student lounge, library, laundry facilities and even a chapel. The best part is that the semester-long program lets students take classes that count toward core Duquesne requirements, like Baroque Art and High Renaissance, taught on-location in various parts of Rome. So you’ll be just as productive as if you were on the Bluff — only the gelato and espresso will be molto meglio.

Did you know?
Duquesne offers students participating in the program a chance to apply for a special $2,500 “Fall in Love With Rome” scholarship.

University of Pittsburgh
South Africa, Argentina and China
Want to go around the world in 120 days? Launched in 2010, the University of Pittsburgh’s innovative Multiregion Academic Program (PittMAP) takes a group of students on a globetrotting research mission spanning three different continents. With PittMAP, the world is the classroom — students toured a traditional clinic in China, where Eastern and Western medicine coexist side-by-side; visited one of South Africa’s poorest townships (Lagna); and attended public health meetings in Argentina. This spring, the focus shifts to Global Political Economy, and students will travel to China, Brazil and India. The program is not for tourists, warns academic director Nancy Condee; it’s for students who want to be challenged and changed.

Did you know?
Beijing’s Guanganmen Hospital (which PittMAP students visted) houses a pharmacy in the hospital’s basement where medicinal potions are concocted from herbs and roots … and things that creep, crawl and fly.

Carlow University
Sligo, Ireland
Looking for a more fulfilling way to spend your summers than the increasingly typical unpaid internship? Carlow University offers a unique opportunity for students to travel to a tranquil part of northwest Ireland to help those in need. Each summer, motivated Carlow students head to Sligo, where they are assigned to a school, hospital or community center that provides services to individuals with special needs. Throughout the course of three weeks, students assist the staff Monday through Thursday, and meet on Friday to reflect and share their experiences. Every student is matched with an Irish mentor, and has cultural and sightseeing opportunities during the weekend.

Did you know?
Carlow University has a partner school, Carlow College, located in the town of (you guessed it) Carlow, Ireland. In 1843, members of the Sisters of Mercy traveled from Carlow to Pittsburgh to found what is now known as Carlow University.

This article appears in the September 2012 issue of Pittsburgh Magazine.
Categories: Community Feature