A natural star on the CBS hit 'The Big Bang Theory,' Pittsburgh's own Aarti Mann is blowing up. 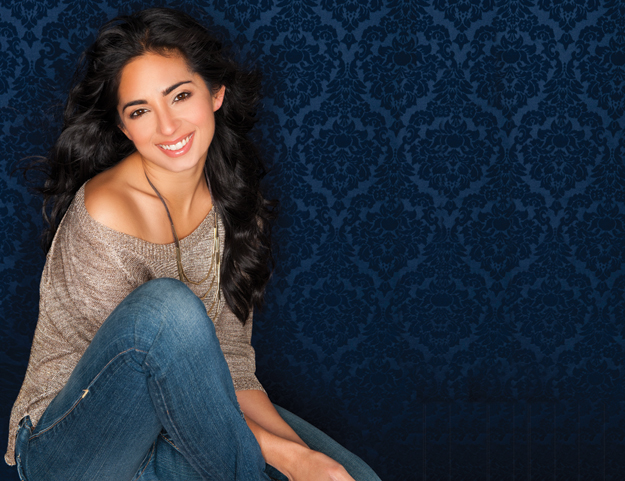 In an ever-crowded universe of TV shows, one of the brightest in the firmament has no doubt been CBS’ comedy The Big Bang Theory. Who could have predicted it would connect so strongly with audiences based on its heady title (a reference to the origin of life as we know it)? Its main characters are hardly stock types — a group of gangly young physicists and other assorted nerds who enjoy quoting Star Trek.

Yet the quirky characters and witty dialogue have made it one of CBS’ highest-rated programs, recently extended through the 2013-2014 season.

What young performer wouldn’t want a chance to join the cast of a hit show? Someone who doesn’t have to wonder what it’d be like is Aarti Mann, the gorgeous Indian-American actress who grew up in Fox Chapel. Mann, 33, graduated from Shady Side Academy and moved to New York City to study film at NYU’s Tisch School of the Arts. She’s had a meteoric rise from commercials and small films to a role on Big Bang as Priya Koothrappali, a lawyer who’s the sister of Raj and love interest of theoretical physicist Leonard.

Mann came home in October and chatted with Pittsburgh Magazine about her origins as an actress and her love of Pittsburgh.

How did you get started in the acting business?
High school was tough for me — you don’t really know your identity. I knew I was drawn to filmmaking and recruited mentors through Pittsburgh Filmmakers and other contacts. I enrolled in NYU film school, studied and tried my best but still felt like a misfit. Then I caught the acting bug when my sister [Kruti Majmudar] wrote, directed and produced a film in India [2006’s The Memsahib]. I took a small role, wore extensions in my hair, pierced my nose — and fell in love. I felt like I found my tribe.

On Big Bang, your character, Priya, has very strict Indian parents who micro-manage her life. Does she seem real to you?
I suspect that this character is based on a person who actually existed in one of the producer’s lives. My personal experiences have been very different from Priya’s. My mother is supportive of me no matter what I do. Although I am Indian and so is Priya, I don’t factor that in when I decide how to play her; I focus more on her as a conflicted girl who is confident yet insecure. She’s babied and yet so accomplished. I look at her more as a complex human being.

The show is big on physical comedy. Were you ready for that?
In the episode called “The Irish Pub Formulation,” the script said that Priya had to run behind a couch when Sheldon, her boyfriend’s roommate, came into the apartment. The director suggested that I try climbing over the couch. On the second take, I dove over the couch, and that made it onto the show.  After I did it, the whole crew erupted into applause. They were not expecting that.

Do you ever pinch yourself and ask yourself if you’re dreaming?
Everything that I’ve accomplished, I’ve accomplished on my own. I don’t feel entitled to success. When there’s so much desperation in Hollywood, you feel like you’ve won the lottery when you book something.  But I don’t let that cloud my ability to come onto the set of The Big Bang Theory.

Do you ever run into fellow Pittsburgh natives out in Hollywood?
Every once in a while I do. When I meet actors or even non-actors from Pittsburgh, there is an immediate camaraderie. There aren’t a lot of cities like Pittsburgh, where people are so content with their civic identity. Pittsburgh’s got the culture, the sports, the restaurants, the technology—everything.

What role do you dream to do next?
I’d love to play a struggling single mother. I have such a deep emotional reservoir to lend to these characters.  Unfortunately, I just haven’t had as much opportunity to play drama. I want to go there and see what’s it like to embody a character completely.

This article appears in the February 2012 issue of Pittsburgh Magazine.
Categories: Arts & Entertainment