A Yinzer Gains Internet Fame with a Broom and a Dustpan 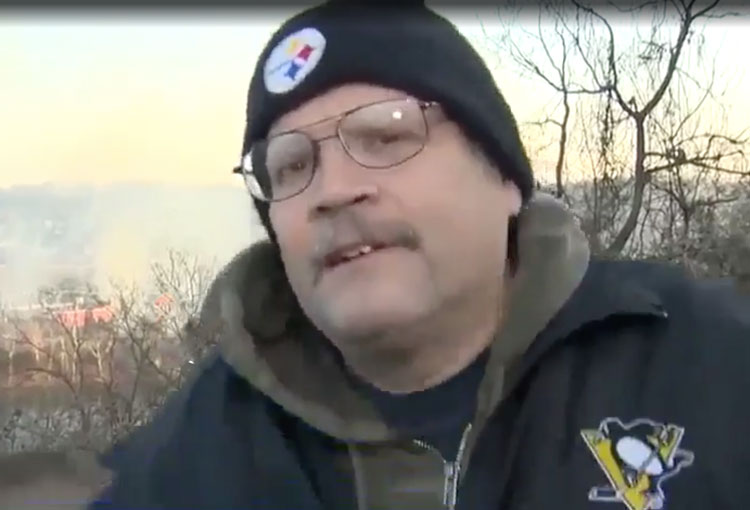 Barry Pingor wasn’t trying to become a local celebrity. He told the Pittsburgh Tribune-Review, “I was just cleaning up the front of the area where I live at.”

Pingor got a little taste of fame on Dec. 2 after the West Homestead Fire Department completed a training with a controlled burn across the Monongahela River from Pingor’s home. That’s when things got messy.

The burn sent debris and soot through the air, much of it landing on Pingor’s property. He was outside cleaning it up with his now-famous rusty metal dustpan when a WTAE-TV crew approached him.

The interview became a viral sensation, with the help of the hosts of the 93.7 FM morning show.

The man in this video should be Mayor of Pittsburgh

From the classic Pittsburgh accent to the Steelers gear, Pingor’s appearance on the news was everywhere, even catching the attention of the mayor.

Despite Pingor’s frustration with having to clean up a mess, his positive sentiment about our city struck a chord with other Yinzers.

“Pittsburgh’s the best place to live, I don’t care what anybody says,” Pingor said in the interview. “If we got to do some cleanup, hey it is what it is.”