A (Wedding) Date That Takes the Cake

Some couples choose a random date for their wedding, but others choose something with a lot of meaning behind it. 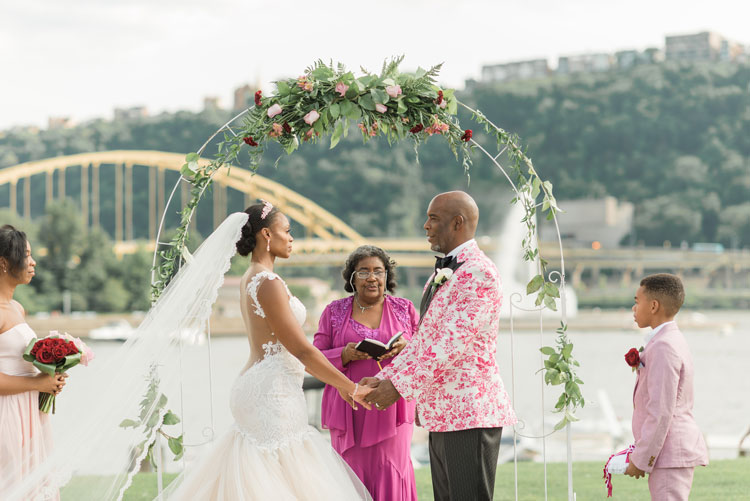 For Thomas Cameron and Sherie McArthur, the number eight holds a lot of importance. The two met in August, the eighth month of the year, and dated eight years before marrying. Between the two of them, they have six children (who made up their wedding party), giving them a family of eight.

The couple was on vacation in fall of 2017 when they started discussing potential wedding dates.

“I said, ‘Let’s do 8/8/18, because the number 8 is very important to me,” Sherie says, noting she loves that when turned on its side, the number eight becomes the infinity symbol, a fitting sign of their love. 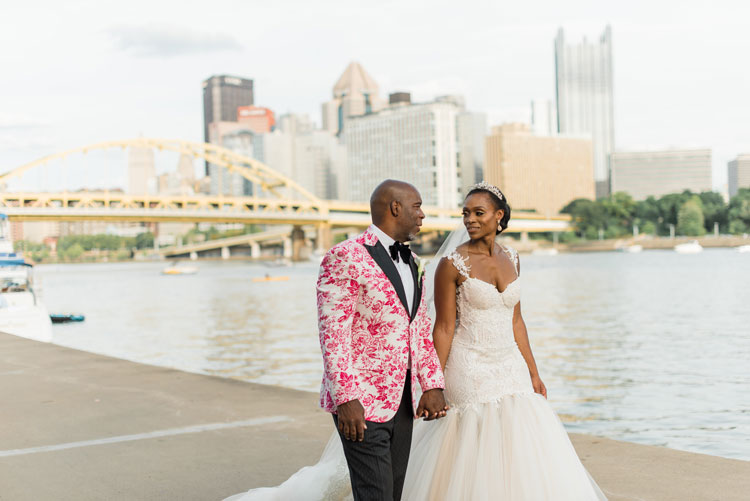 But she soon learned a friend was planning to marry on that date, so Sherie decided on the 11th instead.

“I’m so happy I picked my date,” she says. “It opens and closes with the infinity symbol. Things happen for a reason, and I’m so glad for my date.”

The number ended up coming into play in ways Sherie didn’t anticipate as well.

She planned her wedding in just eight months, and she had to book her honeymoon during a specific time when her mother was able to watch the couple’s children; once she booked the trip to Italy, she realized it would last eight days.

The day before the outdoor wedding on the North Shore riverfront, it poured, and forecasts showed an 80 percent chance of rain for the following day. But around noon on the 11th, the sun came out, and the forecast changed to a high of 82 degrees.

“There was not a cloud in sight when it came time for our wedding,” Sherie says. “It was meant to be. It was perfect.” 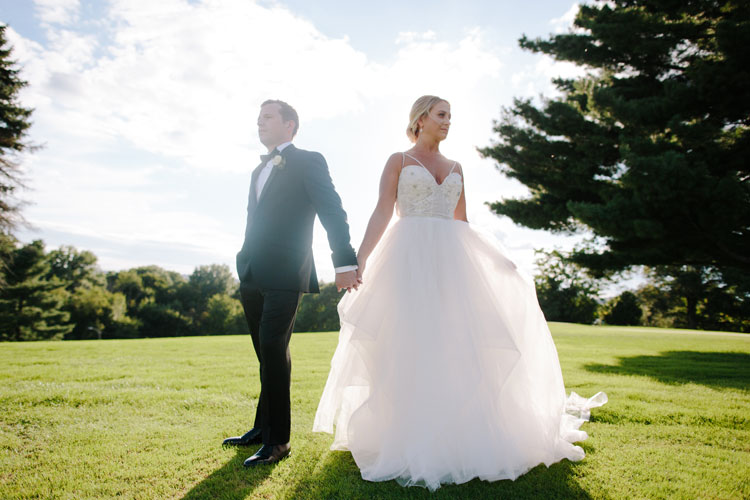 “It came as a coincidence originally,” Bliss says. “We were going to get married the weekend before, but that was the Pitt/Penn State game, so we said, ‘We’ll just skip to the next weekend.’”

As they began to book their venue and vendors, they realized the significance of the date. 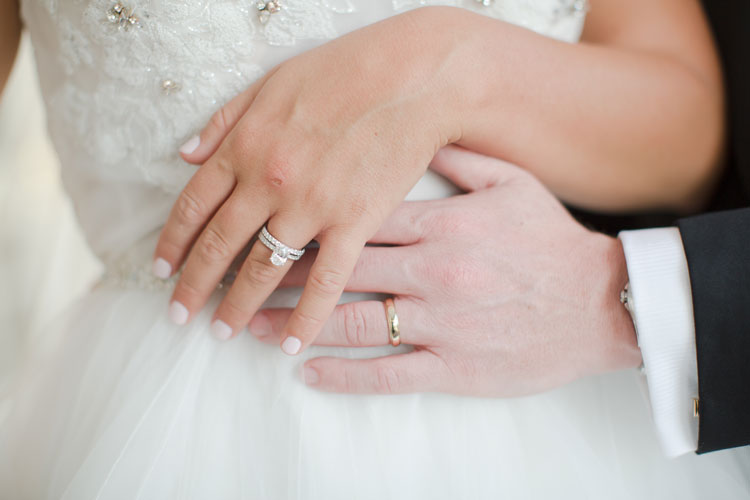 Bliss’ mother and Jeff’s father worked together for 30 years, and their coworkers ended up orchestrating the couple’s meeting on that fateful September day.

“My mom had tickets and her partner had tickets too, and the partner called Jeff up and said, ‘Hey, come to the Pirates game, I have two tickets, but don’t bring a girl with you.’”

Jeff and Bliss hit it off, and he asked for her phone number before the night was over.

Family continued to play a role in their relationship, as Bliss became a member of St. Bernard’s after moving in with Jeff in the South Hills, the church his father went to school while he was growing up. 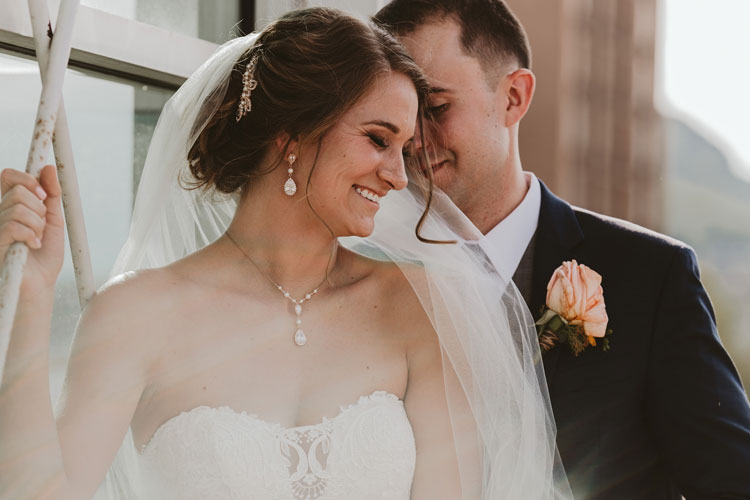 Growing up, Kirstie Reese was very close with her grandmother. After Kirstie’s parents divorced, she split holidays between the two families, and going to her father’s mother’s house always resulted in special memories, whether it was baking Christmas cookies or coloring eggs at Easter.

“I was always really excited to spend time with her,” Kirstie says. “She was one of those people who always made you feel really special.”

Her grandmother died of leukemia while Kirstie was in college, and Kirstie wanted to make sure she was remembered in a special way when she married John Fitzpatrick — so the two chose a wedding date of June 24, her grandmother’s birthday. 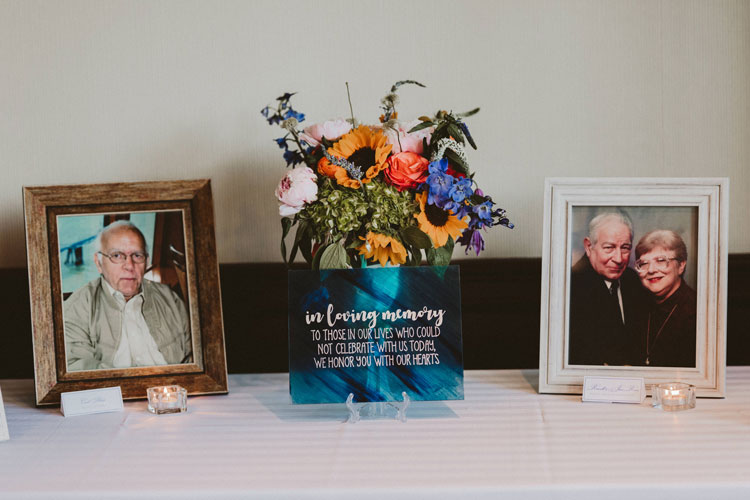 “I actually had little bridal picture things on my bouquet, and she was one of my pictures I had, so she was there walking me down the aisle,” Kirstie says.

Kirstie also had a charm picturing her late grandfather— she lived with him and her grandmother on her mother’s side growing up, so that set of grandparents was very important to her too. Her bridal bouquet was made of sunflowers, which she used to grow with her grandfather.

“My grandfather was supposed to walk me down the aisle, so by having the charm, he was still able to,” she says.

She says her father’s mother met John before she died and wholeheartedly approved of him.