The reasonably priced, low-maintenance condo is within walking distance of the borough’s charming main street and amenities. 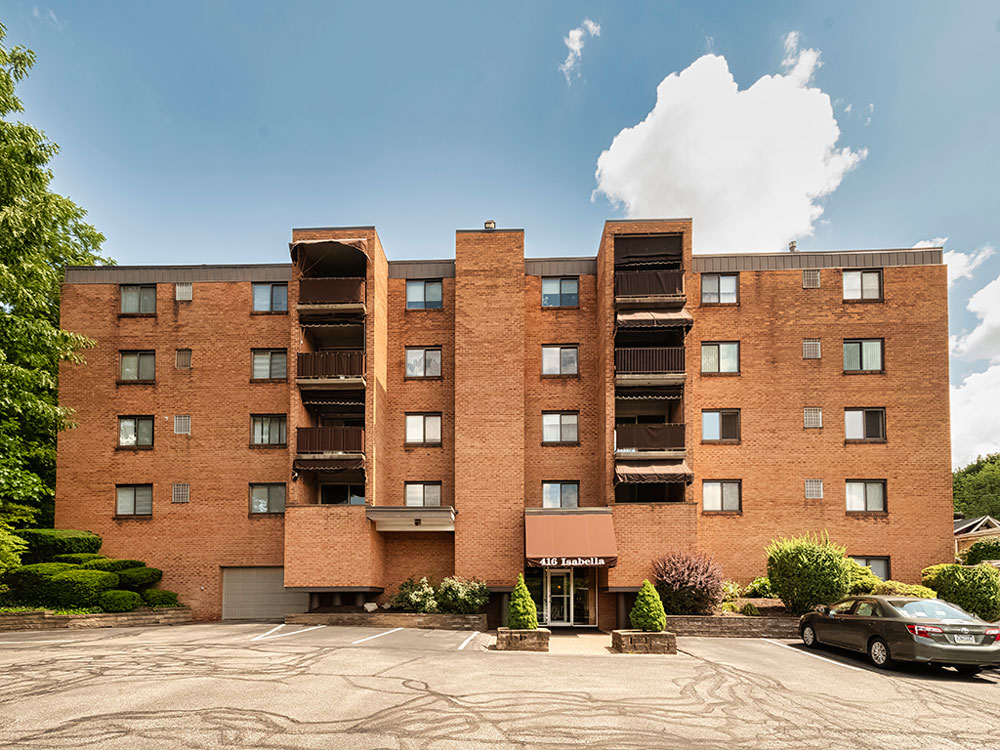 At a time when mortgage interest rates are high, and inventory is low, a low-maintenance condominium at a reasonable price in a charming, walkable community has all the right ingredients for a hot property.

Located at 416 Isabella St., The Towers in Oakmont was built in 1967 as a five-story apartment complex before being flipped to a condominium in 1990.

“It was a huge success because it was the first condominium in Oakmont,” says Howard Hanna Real Estate agent Lori Hummel, who was part of the original team that worked on the conversion of the brick, 27-unit building. 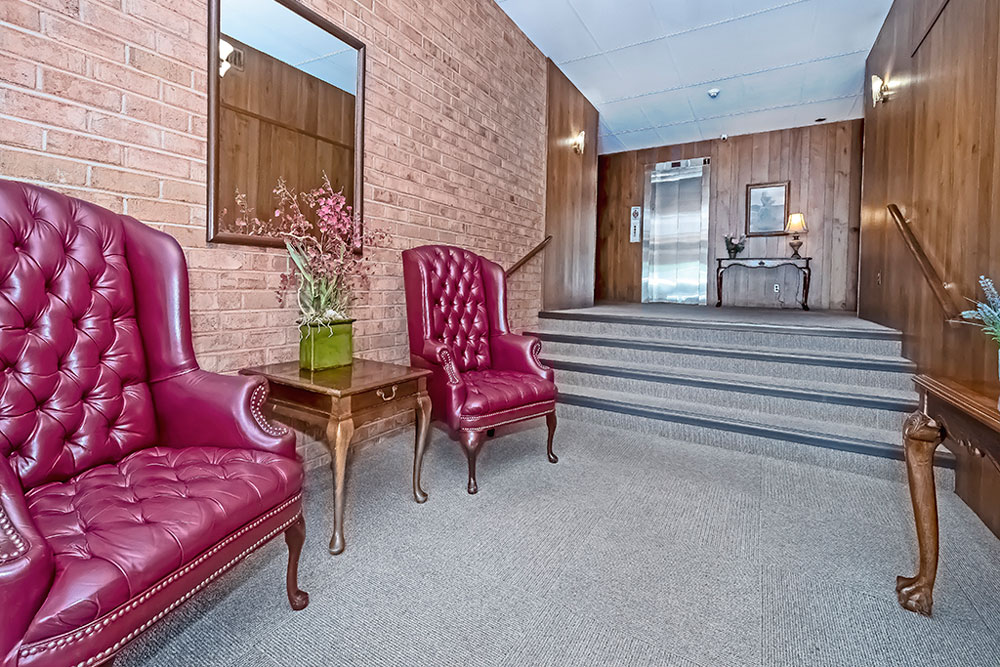 “The sellers are one of the original owners from that time. They are a darling couple,” Hummel says. “They were empty nesters, sold their house, moved into the condo. Now, they are in their 90s and they are going into an independent living complex. They felt it was time for them to do that.” 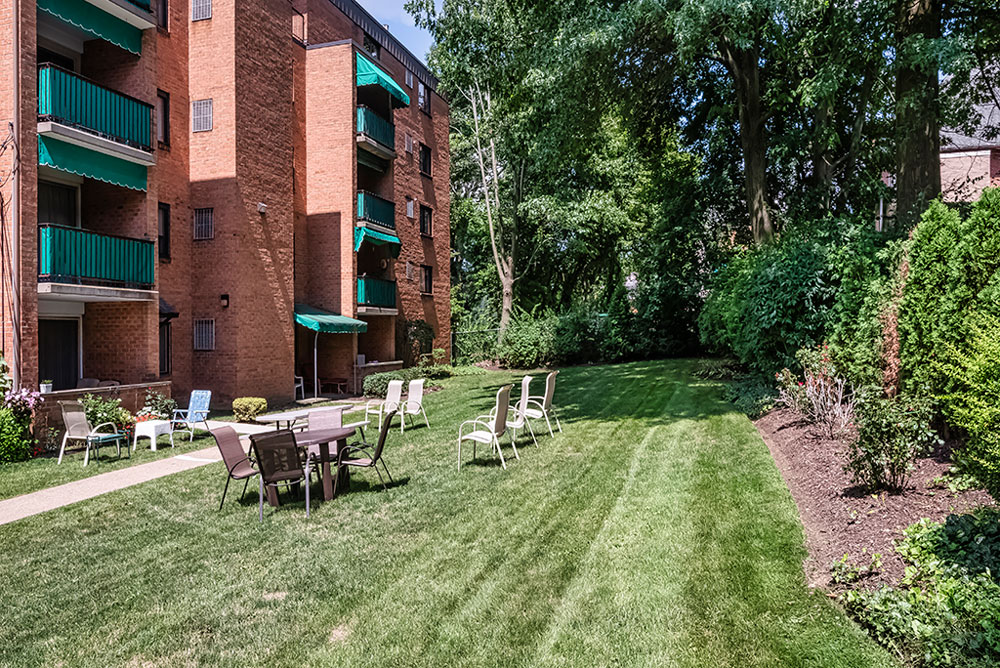 The building’s lobby is furnished in clean, Mid-Century Modern decor. Unit 102 is located on the first floor and has a long row of closets that run the length of the entry. It opens to the generously sized, 12-by-18-square-foot main living space, which is well lit, thanks to large windows and a door that opens to a private patio.

“It is on the back of the building, so there is a walkout. It is a treat,” Hummel says. “It is tree lined. If you like to garden, you can do that, plant veggies, flowers.” 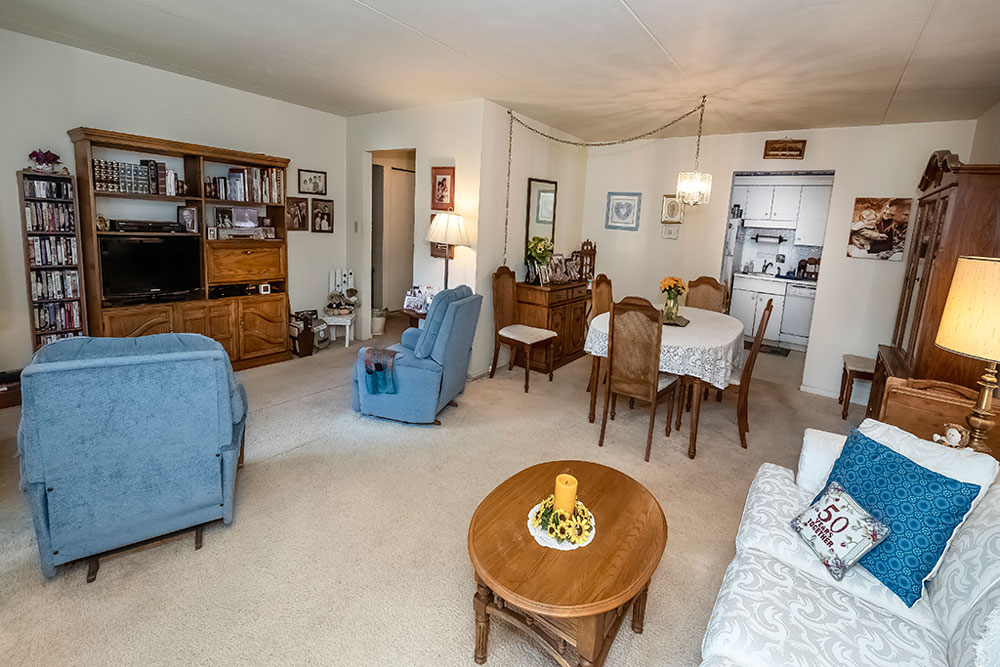 The unit’s creamy white paint and neutral carpet make it a clean slate for a new owner’s design plan. The dining room measures 12-by-9 square feet and opens to the main room, while the kitchen measures 14-by-9 square feet.

The kitchen features a breakfast nook that seats four as well as the original white cabinets and formica countertops. The electric appliances include a dishwasher, stove and refrigerator in white. 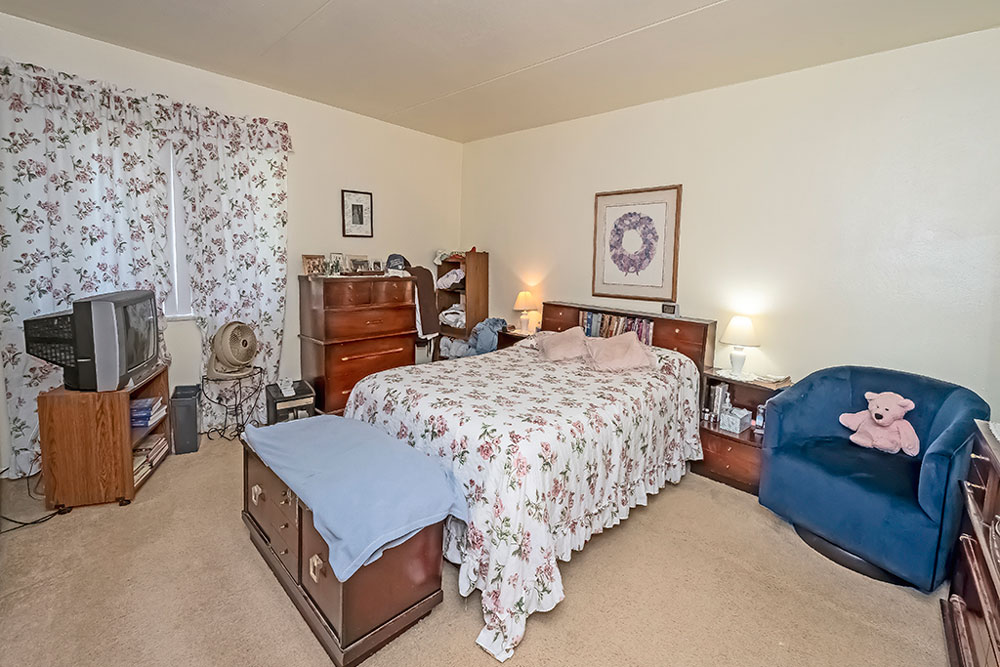 The two identically sized bedrooms each measure 14-by-12 square feet and feature white paint with neutral-hued carpet. The one full bathroom has a combination tub/shower unit.

The building also has a common storage unit and laundry facility. The HOA fee is $412 a month and covers gas, heat, water, sewage, cable and building insurance, although the owners pay for plug-in electrics. The complex also has a detached garage that allows owners to walk under cover to the building.

“It is a great building because it is so walkable to everything — local restaurants, stores, bread, all of the staples,” Hummel says.

About: Oakmont (oakmontborough.com)
Population: 6,303
Planes, Trains & Automobiles: A 40-minute commute to Pittsburgh International Airport. Street parking. Public transportation.
Schools: Riverview School District (rsd.k12.pa.us)
Neighborhood: Known for old houses and old charm, Oakmont, nestled along the Allegheny River, is home to the world-renowned Oakmont Country Club. A handsome and vibrant business district runs along both sides of Allegheny River Boulevard and Allegheny Avenue and features loads of restaurants and bespoke retail shops. The independent Oakmont Bakery is a destination in itself, while the renovated Oaks Theater features live entertainment. Many residents enjoy an evening stroll along the sidewalks and walking paths.