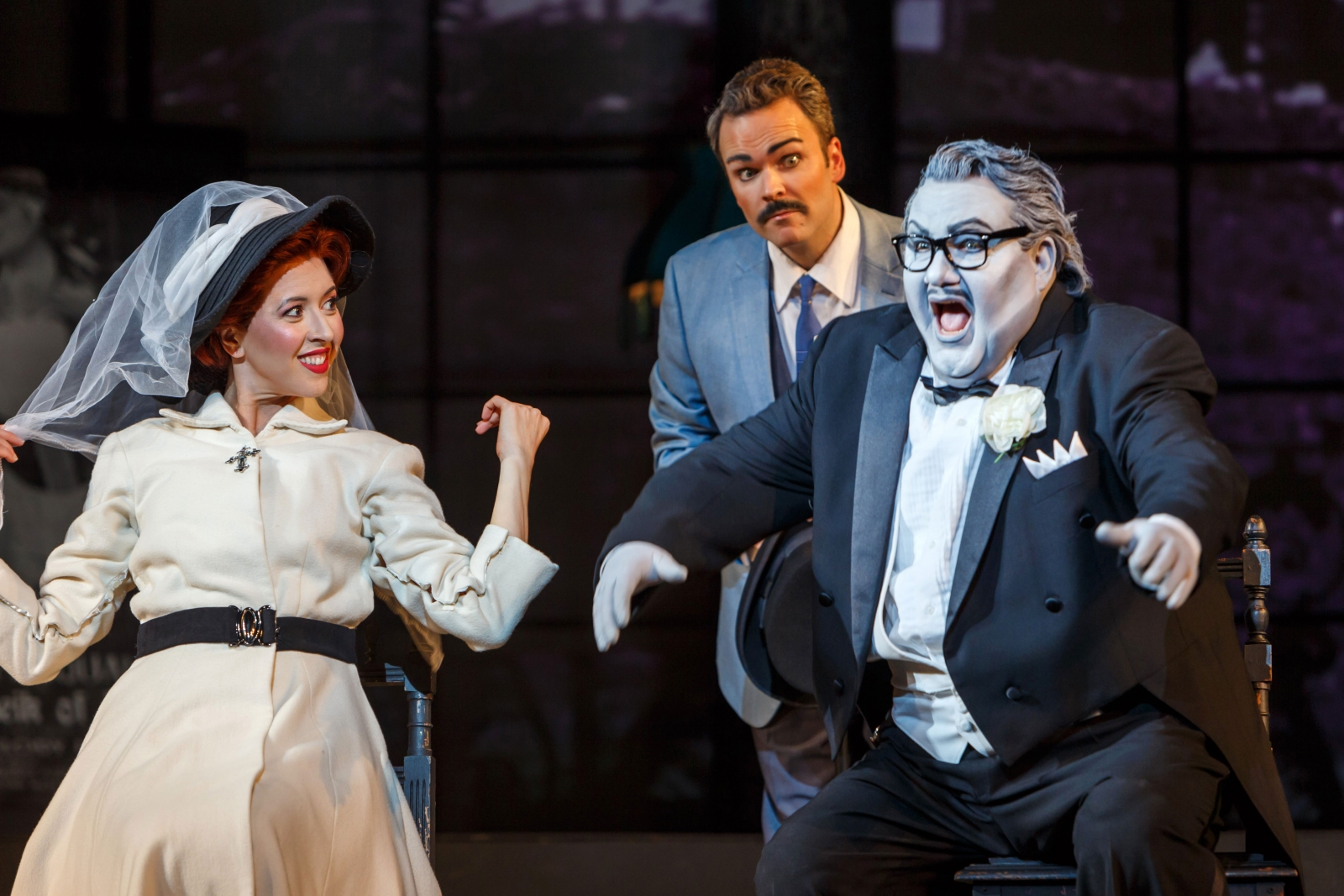 Early in my time as an increasingly jaded student of theater, I remember being given an assignment for a production class: Develop the concept for a play that entirely redefines its setting. In other words, create a production in a different time and place than it’s normally set.

That may seem like a minor shift, but to a room full of 18-year-olds raised exclusively on productions of “Oklahoma!” that were set in … Oklahoma, the idea that a play could be reinterpreted was a revelation. (I still stand by my concept of staging “Romeo and Juliet” across the Mason-Dixon line in the early Civil War.)

A similar decision takes Pittsburgh Opera’s new production of “Don Pasquale” beyond opera-lovers-only territory and turns it into something that demands wider attention. Set in “Sunset Boulevard”-era Hollywood in the dying days of the Golden Age, it’s an entertaining visual feast, with inspired staging and plenty of humor complimenting beautiful performances.

In the traditional version of Gaetano Donizetti’s opera, Don Pasquale takes care of his nephew, Ernesto, and wants to set him up for a proper marriage. The boy is in love with Norina, a young widow; Don Pasquale does not approve and threatens to throw him out. The young lovers and a family friend hatch a plan to make the old man so crazy that he’ll agree to anything — including their romance.

In Pittsburgh Opera’s update: Don Pasquale is an aging silent-film star, unable to make the transition to the talkies. (That part of the tale is mostly told through vividly produced newsreel footage projected between scenes.) Norina is a young starlet, and she plans to bring all of Hollywood royalty over to drive the Don to distraction.

There are a thousand brilliant touches to the staging, from the outlandish — Don Pasquale quite literally appears in black and white, with heavy makeup keeping him planted firmly in the ’20s — to the subtle, as sets and costumes nod to early silver-screen classics. For film lovers (particularly of a TCM bent), it’s a treat; for anyone, however, it gives plenty of rich, entertaining context to the comic opera, a smart move to contemporize a centuries-old tale.

It’s an understatement to say that I’m no opera expert, but I’m pretty sure the performers here are extremely powerful. Pittsburgh native Kevin Glavin as Don Pasquale brings a bit of Buster Keaton and Harold Lloyd to his performance; he has an easy gift for physical comedy, which is gravy on top of his remarkably powerful voice. World-renowned soprano Lisette Oropesa shows comedy chops as well and dazzles with her distinctive style.

The film-focused nature of the production got me to accept Pittsburgh Opera’s invitation to “Don Pasquale,” but it’s the music and the performances that stuck in my head walking away. This show is a delight, regardless of your affinity for opera or knowledge of the material. Like last season’s “The Summer King,” it’s a production that should draw you in out of curiosity and convert you into a fan by the end of the evening.

“Don Pasquale” has two more scheduled performances, on May 3 and 5, at the Benedum Center.