Dozens of extras descended on the Settlers Cabin Wave Pool to portray survivors of the sinking of the Titanic. 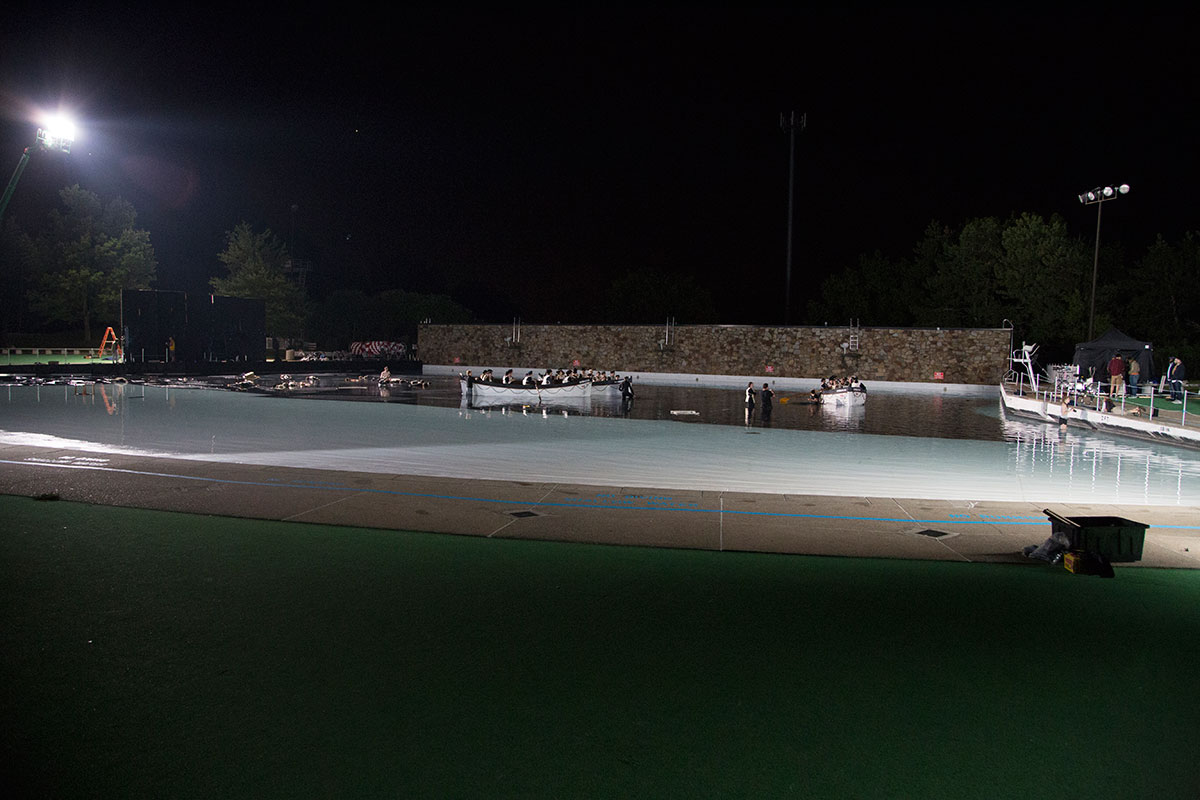 Over four nights, two of Allegheny County's pools are doubling as sets for the making of a movie about the sinking of the Titanic. Shooting for “Unsinkable” began early Tuesday morning at Settlers Cabin Wave Pool in Robinson Township.

Among the extras was Kevin Golden, 13, who played cards with his mother, Deanna, while waiting for the cameras to roll.

In order to make it like the ocean, a black tarp was placed on the bottom of the pool, held in place by weighted PVC pipe.

“Unsinkable” is an independent film project of Pittsburgh companies PMI Films in association with Turn Key Films. Producers say the movie will be shot entirely in Pittsburgh.

“The whole movie is about the actual stories of the people that were on the boat. It isn’t so much the sinking of the Titanic, it’s their stories and the inquiry that occurred after,” David Case of PMI Films told KDKA TV. The film's stars are expected to be announced in the fall.

Filming continues for another night at Settlers Cabin before the crew moves to North Park pool for two more nights of shooting.