A Tale of Two Weddings

In a theatrical performance set to stun audiences for years to come, this Pittsburgh couple took on two weddings — one featuring a mayor, a movie trailer and a secret marriage. 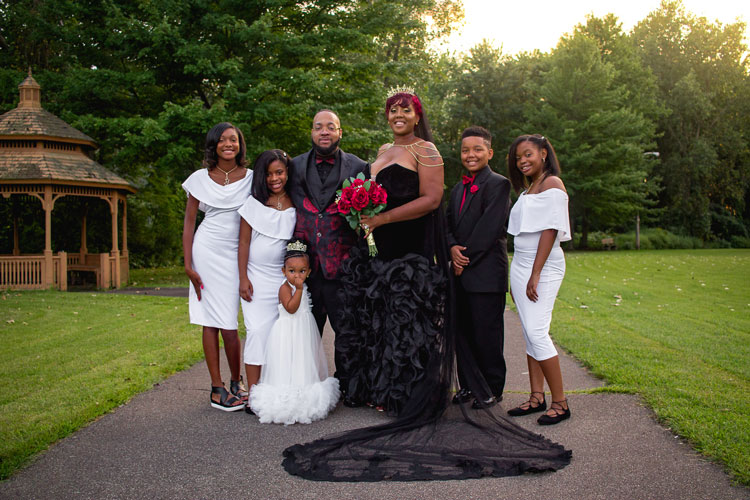 A lot of people want to find a love like they see in the movies, but Keith Williams and Merecedes Howze wanted to find a movie that reflected their love. So, they made their own.

Their movie trailer depicted all of the twists and turns that led up to their Aug. 31, 2018 wedding — including a private ceremony performed by Pittsburgh Mayor Bill Peduto in 2017.

“We already had the movie theme for our wedding, but adding the mayor to it was that extra pop,” Merecedes says.

Merecedes and Keith had every intention of putting on one traditional wedding, but they realized that they were getting caught up in everyone else’s opinions and all of the miscellaneous details that come with planning such an event. Merecedes decided they should do something unique for themselves.

“My husband and I kept thinking to ourselves that this wedding was getting out of hand,” Merecedes says. “I say this all the time, even to my friends who are brides now: weddings are for the families, and the marriage is for the couples.” 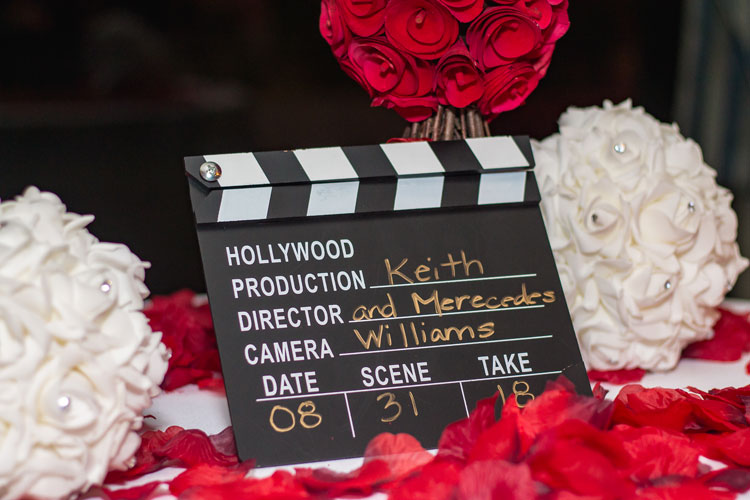 She started considering alternatives such as holding a private ceremony, but a conversation with one of the mayor’s assistants convinced her to change the original plans. He suggested that she and Keith come down to City Hall and have the mayor marry them. To many people, this may seem to be a random suggestion, but Merecedes works for the Pittsburgh Public School System and often interacts with various public officials for work.

Merecedes and Keith decided a private ceremony would be the perfect first step for their marriage. The moment was more intimate than going to a judge’s chamber, though, because it took place in the mayor’s personal chamber. They made sure to schedule the meeting for a date full of meaning as well. The couple’s first date took place on Aug. 31, 2015, so they decided that their first marriage should have the same anniversary date in 2017.

But that wasn’t the last role the mayor played in their wedding. 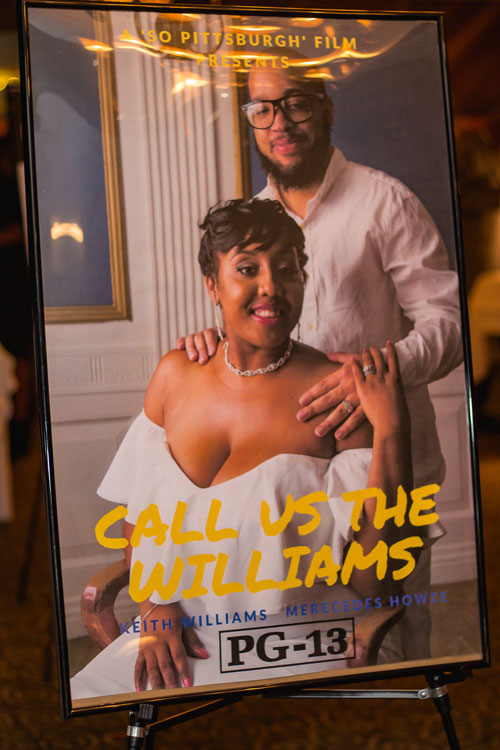 As the couple had already decided on a movie theme, they were looking for ways to enhance the concept. Merecedes is a film and television critic with reviews published by the Pittsburgh Courier, and date nights are often spent at the movies. Even though the idea was personal, they still wanted to take the theme beyond props and movie-related desserts and decorations. But how could they do that?

The answer: With a movie trailer.

Merecedes and Keith spent the next year planning their more traditional celebration, which included filming a movie trailer that revealed they had been married since 2017. Merecedes wanted to make sure that all of the details were spot on, so she reached out to Peduto once more.

“I asked him to go back to his chambers where he originally married us to film part of the trailer,” Merecedes says. “It’s about a one minute and 30 second trailer, and he basically says that Keith and I are married and that he has a surprise for the guests. He says we’ve been married for a year and that he had the honor of presiding over the wedding a year ago. That was pretty cool.” 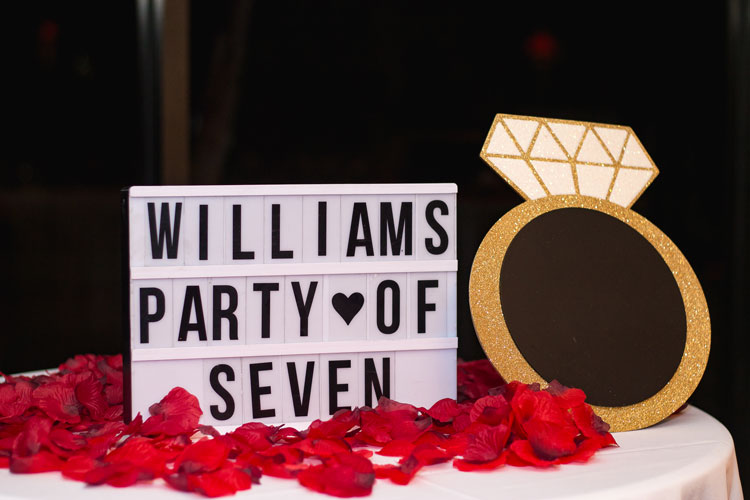 The couple revealed the movie trailer at their wedding, and the crowd of guests was shocked to see Pittsburgh’s mayor so involved. Merecedes says they were not only surprised by the celebrity status but also how willing he was to be a part of that moment. She had the same reaction, even though she comes from a family involved with politics and her uncle was a longtime city council member who had worked with Peduto in various aspects.

“The thing is, I don’t really know Mayor Peduto on a personal level, but I think this spoke volumes about him that he could see me as someone who is a working contact but still be so involved in such a special moment in my life and my husband’s life,” she says. 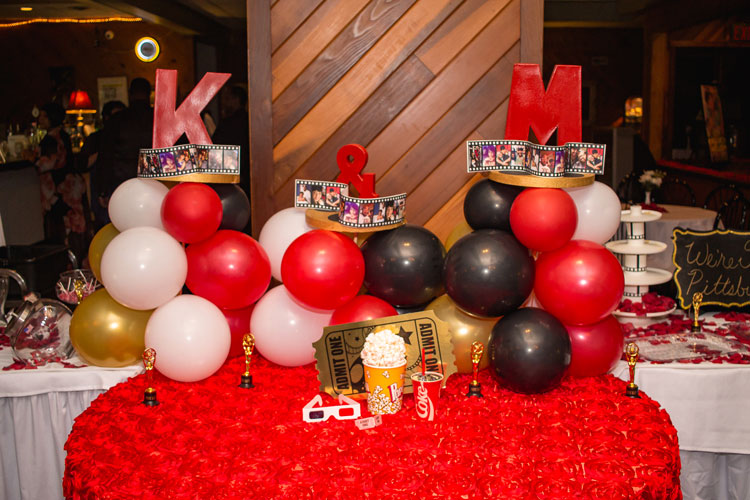 Their public ceremony took place on Aug. 31, 2018 — just one more detail that made their day all the more personal. For her wedding, Merecedes donned a black wedding gown that complimented the sleek black and red theme fit for a sophisticated movie premier. She then changed into a white dress for the reception, a time where guests were able to appreciate all of the movie details — the themed cookies, the film props and the promo posters about the couple’s “movie.”

Looking back on both of her weddings, Merecedes is grateful for the memories from both days.

“These are things that I will have for the rest of my life,” Merecedes says. “That’s stuff that I’ll be able to pass onto my children and my grandchildren.”