A Tale of Two Strands: Theaters With the Same Name

In two small towns nearby, old vaudeville stages — which share the same name — have reopened and revitalized their communities. 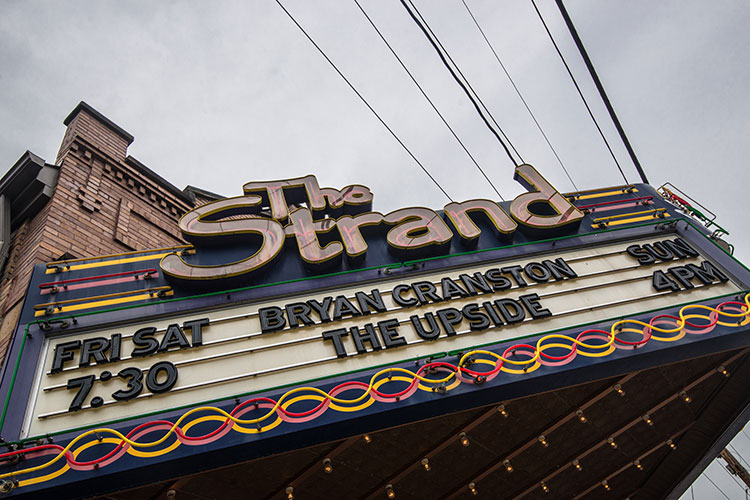 Travel less than an hour north of Downtown, and you’ll find the Strand Theater, a beautifully restored, century-old Vaudeville theater offering a variety of programming.

Travel an hour (and change) south of Downtown, and you’ll find the Strand Theatre, a beautifully restored, century-old Vaudeville theater offering a variety of programming.

These two Strands — unaffiliated, nonprofit performance spaces in Zelienople and Moundsville, W.Va. — share more than a name and an age. Both demonstrate the potential for smaller communities to rally around a center for the arts and, despite some differences in programming, show what a reborn venue can mean to a community.

Zelienople’s Strand opened first, but only by a matter of years. Beginning in 1914, citizens of the northern suburb flocked to the space for silent films and, thanks to a small stage, Vaudeville-style performances. It remained vibrant for most of the century before fading, and eventually closing, in the mid-1980s. 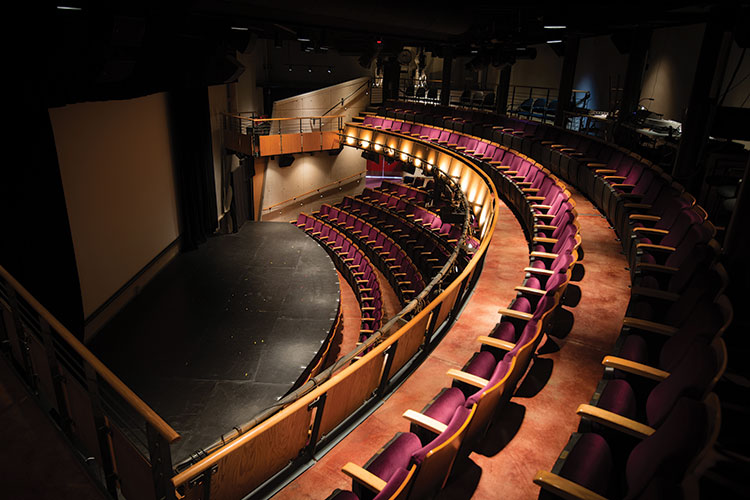 The view from the balcony in Zelienople's Strand Theater

For years thereafter, the historic building sat, “empty and in deep decay,” according to Ron Carter, president and executive director of the nonprofit Strand Theater Initiative. That nonprofit organization was founded in 2001; it took close to another decade to raise the $2.5 million necessary to renovate and reopen.

After more than 25 years, the doors opened once again in 2009. The grand-opening attraction was a set of performances by “Singing in the Rain” star and all-around Hollywood legend Debbie Reynolds.

“On the marquee it said the dates, ‘Debbie Reynolds,’ and on the lower part, it said, ‘Yes, the Debbie Reynolds,’” Carter says. “No one believed we had a household name like that to help with our grand opening.” 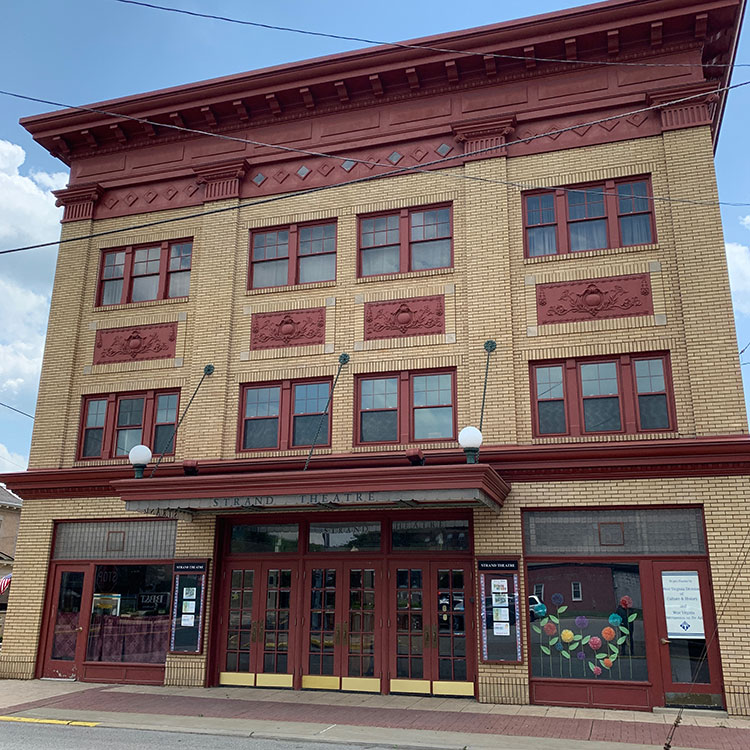 The story is similar in the Mountain State. Moundsville’s Strand — the two theaters never were part of a chain or family, it’s simply a common name for theaters of that era — opened in 1920 as a Vaudeville house. “It has a very long history of being open and then closing back down,” says Sadie Crow, the Strand’s executive director. Like its neighbor to the north, a nonprofit — the Strand Theatre Preservation Initiative — formed in 2002 with the goal of revitalizing the space.

The theater reopened in 2013 — the third reopening in total, including an era as a first-run movie house in the 1980s. (Crow reports that anyone of the age to remember that incarnation fondly recalls screenings of “E.T.: The Extra-Terrestrial” at the Strand, with lines stretching around the block.)

Today, Moundsville’s Strand offers concerts, theater and movies — almost all with a community-first focus. Its stage productions, including a marquee summer musical each year — “Mamma Mia” gets the spotlight for 2019, running Aug. 2 to 4 — feature local casts and crews.

Crow says community pride has played a large role in the Strand’s success. “The people of Moundsville love to watch stuff about Moundsville,” she says, citing a recent documentary about the town as one of the theater’s biggest successes, as well as concerts featuring local acts and a community talent show. The theater also is hoping to revive the Jimmy Stewart comedy “Fools’ Parade,” which was filmed in the city. “It’s really a sort of family-driven theater,” Crow says.

There are family- and community-focused programs at Zelienople’s Strand, as well, but Carter says its most effective programming draws a wider audience. “We’ve built a reputation booking programs that you have to get here to see,” he says, citing an original series featuring intimate concerts from longtime Broadway performers. The Strand also looks to book high-profile touring and tribute acts — a dual bill of Johnny Cash and Jerry Lee Lewis portrayals was a big hit — that the Strand is able to present exclusively in the area. Carter says it has received patrons from at least 17 states, as well as 16 counties in Pennsylvania. 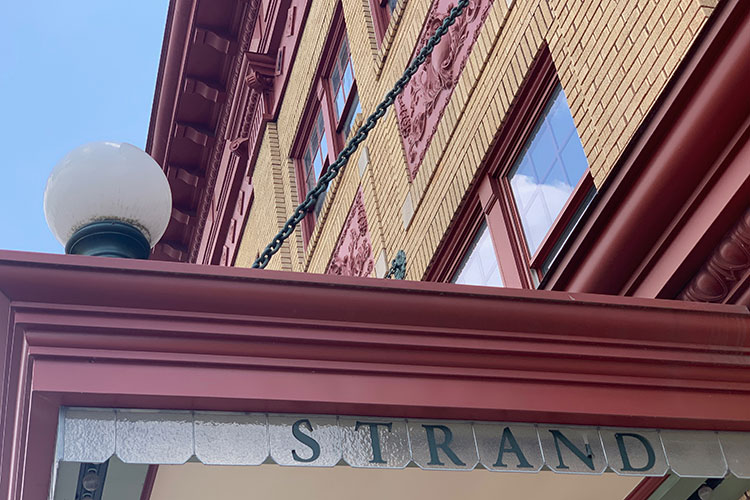 Markers of success are evident in both cases. Zelienople’s Strand is embarking on an expansion campaign, hoping to raise $6.5 million to tear down a neighboring building and expand its footprint, potentially adding a black-box theater. In Moundsville, Crow is a new hire as of August 2018 — the first paid position in what was formerly an all-volunteer organization.

Despite those steps forward, both theaters face continued challenges. “One of our biggest obstacles, as well as one of our biggest assets, is that this a historical theater,” Crow says. “There are a lot of issues that need to be addressed. And that’s going to be a never-ending list.”

And, as with many nonprofits arts organizations, ticket sales do not represent a sustainable income. “Even if we sold every ticket to every show that we produce or present, we still couldn’t make money at it,” Carter says; donations and foundation money, which must be continually pursued, are essential to the theater’s health.

What’s obvious in both Zelienople and Moundsville, in spite of ongoing challenges, is how much vibrancy and activity their respective theaters bring to the community. There are plenty of small towns like these in the area; most do not have a center of community activity, art and pride.

“This is the type of thing that makes a Main Street thrive,” Carter says.