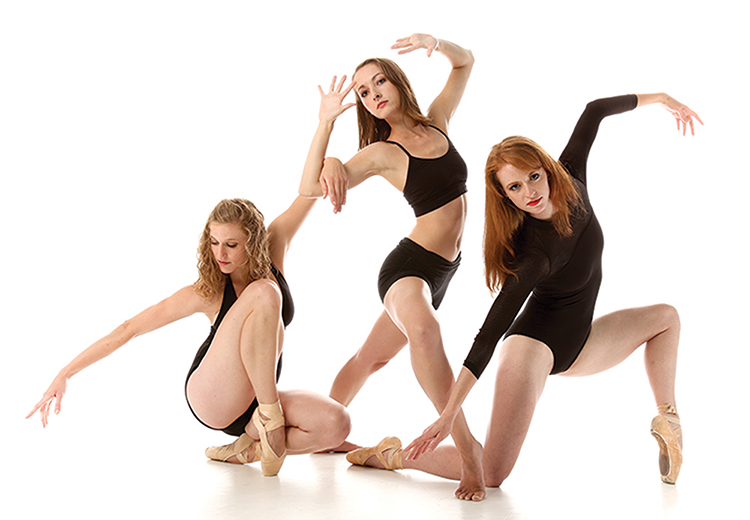 When she met Frank Ferraro, the stars aligned for the enthusiastic Maria Caruso, artistic director of Squirrel Hill-based Bodiography Contemporary Ballet Co. The passionate and compassionate choreographer has penchants for education, philanthropy and social activism, and she embraces sensitive and serious subjects for her troupe’s health-themed productions. Her works have featured motifs such as transplant surgery and bereavement.

A ballet about Parkinson’s disease topped her short list before meeting Ferraro, a local visual/sound artist and Parkinson’s activist. More than a decade ago, the acclaimed stone sculptor developed the progressively degenerative nervous-system disorder that can be characterized by tremors, shuffling gait and slowed motor skills. He exchanged chisels and power tools to become a filmmaker and now creates work for theater; Ferraro’s films have been presented at the Three Rivers Arts Festival and elsewhere.

“It was the right time for me to invest in one person’s story,” says Caruso, who regularly welcomes community participants into her process. “When [Ferraro] explained that his life is no different than anyone else’s — [that] he just does things differently — I knew immediately that I wanted to do a ballet about him.”

Bodiography’s production is carefully crafted to raise awareness by celebrating differences. It borrows its title from an essay in Ferraro’s “Between Light and Stillness,” an interactive book of poetry and prose dealing with his experiences with Parkinson’s, which initially attacks the body’s left side. Consequently, a person whose left leg is immobilized walks in physical and emotional circles, but the brain’s creative side provides liberation.

Caruso, who couples an eclectic dance vocabulary with a research-based creative process, interviewed Ferraro, consulted with medical professionals and conducted a workshop for Parkinson’s patients to gain insight into life with the disease.

Her signature approach extracts actions from participants, establishes a choreographic connection and reflects on the process. Dialogue is the key, she explains. “I ask a question to be answered with a series of gestures. I weave those gestures into a longer phrase, demonstrate it for the participant and examine his response. I listen to the feedback, and before I proceed with it, I teach the participant the phrase. When I know the participant is comfortable, I’m comfortable,” she says.

“Maria is an observer. Her process is quite fascinating,” says Ferraro, who worked with choreographers Melanie Miller and Jamie Erin Murphy on previous multidisciplinary projects. In Caruso’s ballet, Ferraro plays himself in a character part and contributes artistic expertise to the musical and video components.

“Maria is in charge. I respect her choices — otherwise I wouldn’t be working with her,” Ferraro says, admitting embarrassment at having his name in lights.

“The ballet articulates Frank’s experiences while speaking to an audience beyond the Parkinson’s population,” says Caruso, who appears in a cameo role. Last summer she developed choreographic phrases for her 15-member company and select dance majors from La Roche College, where she is chair of the Performing Arts Department; in December, she structured the ballet after choosing the music. Relying on musical nuances, she typically pinpoints common tempi, committing to music after hearing the completed score.

Thomas Octave, company musical director, arranged a bluesy, earthy score with classical intonations. He also will conduct the Pittsburgh Festival Orchestra, which performs interactively onstage. When the orchestra obstructs the audience’s view, live-feed video of the dancers projects onto the cyclorama. The varied visual perspective illustrates the discrepancies between self and public perceptions of those with Parkinson’s, says Caruso.

The dancers “are using medicine boxes as percussive shakers,” she says, noting this rhythmic dance underscores the increasing need for medications as the disease progresses. To symbolize degeneration, the ballet opens with a full cast that dwindles to a soloist illuminated by the “last bit of light” as the curtain falls.

Bodiography, which tours nationally, launched in 2000 as a professional performing outlet for college-educated ballet dancers with atypical physiques; ensemble members share Caruso’s vision and passion to offer “something more than just dancing,” she says.

The troupe’s productions frequently serve as fundraising vehicles. In the future, Caruso envisions her ballets as “a platform — in the arts, medical and scientific communities — to provide education and outreach.” Via knowledge, she says, “We can be more patient, tolerant and proactive in supporting research, design and assistance in finding cures.”