A Sign That This Time, It's Good to Part with the Past

Pitt Girl explains her change of heart on what should be done with the large, decaying billboard on Mount Washington. 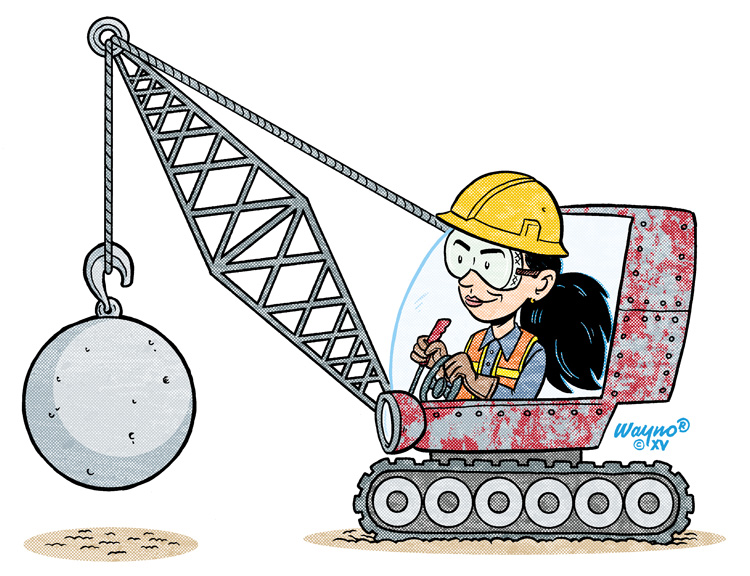 I’m not one for tearing down.

I would have preferred the old St. Nick’s church to stay standing. I wish I could visit the Syria Mosque or the 60-plus-room mansions on Pittsburgh’s mostly razed Millionaire’s Row. I’d like to take another spin on Kennywood’s Caterpillar ride, even though it usually gave me a few moments of panicked claustrophobia.

In some respects, I can be one of those quintessential ’Burghers desperately clinging to the past like an amateur river captain clinging to the last remnants of a fast-sinking Anything That Floats entry.

There are, however, structures I supported tearing down in the name of progress. The Civic Arena. Three Rivers Stadium. The diaper-wearing Greenfield Bridge and the concrete-poop-catching platform built beneath it. (“Why fix what’s broken when you can just catch what’s falling?” is, I think, PennDOT’s official motto.) Had I been given the opportunity, I personally would have taken the wrecking ball to the worst ride ever to exist at Kennywood — The Rotor. (If I want to spin so fast I become suctioned up against a wall like a mouse in a washing machine, I’ll willingly fling myself into a tornado.) 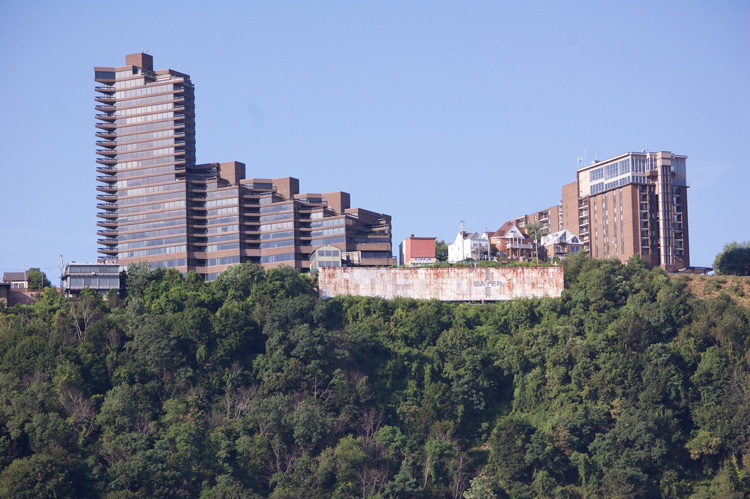 Now, here in 2015, please add my name to the list of those who support tearing down the Lamar Advertising-owned Bayer Corp. sign on Mount Washington. Just show me where to sign, and I’ll write my name so big John Hancock would say, “RELAX, child.”

I previously had advocated for a rehabilitation and a new corporate sponsor for the sign. I had visions of Google dancing in my head. A bright LED sign featuring a new Pittsburgh-themed Google Doodle each month, perhaps.

I had visions of a one-stop shop for loads of pertinent information. Traffic and weather, together. Sports scores. How many Uber cars are on the road right now? Airport delays? Parkway travel times? Upcoming events? “Suck it, Portland” in a beautiful calligraphic font?

Part of being a bit of an anti-change ’Burgher meant that I initially didn’t consider the option of tearing the whole thing down. Instead I asked, “How can we make this existing thing better?” rather than the question I should have asked … “Do we actually need this thing?”

It’s a dull eyesore now, and it has the potential to be a bright, shining, blinking Times Square-esque eyesore upon rehab. In its current state, by day it looks like a worn old Band-Aid stuck to the side of Mount Washington, covering a decades-old scab. By night, it looks like a red-numbered bedside alarm clock from 1975.

Stop hitting snooze and wake up to realize this: No company — not Lamar, Bayer, Giant Eagle nor Google — should be permitted to have ownership or control of any portion of something as visually iconic to Pittsburgh as Mount Washington.

The more I thought about it, the more I realized the Bayer sign isn’t a Pittsburgh icon any more than we would think advertising on the side of the inclines would be iconic. It’s graffiti — corporate graffiti — and it has no place on our mountain, our inclines or our bridges.

Yes, Pittsburgh is a technology-driven town. We’re leading the way in robotics, medicine, science and other 21st-century endeavors. Heck, we’re even beginning to make inroads on space travel. But that doesn’t mean we need to become New York City or Toronto with their bright glaring lights illuminating cities that never sleep.

Pittsburgh long has stood apart from other American cities, and we can continue to do that by refusing to let corporate light pollution become our future. We can stay quaint even to the point that it makes us quirky. We can light our bridges and our mountain in an understated way that speaks to a simpler time. We can keep our iconic structures, both man- and nature-made, free of corporate logos. We can keep our downtown’s façade uncomplicated — water and trees and sky and rail and structure — while letting the raging currents of technology, advancement and the blinding light of science course beneath it.

This article appears in the September 2015 issue of Pittsburgh Magazine.
Categories: From the Magazine, Hot Reads, PittGirl