The Pittsburgh Penguins Captain shocked a Nova Scotia family by showing up unannounced on their doorstep to sign a jersey. 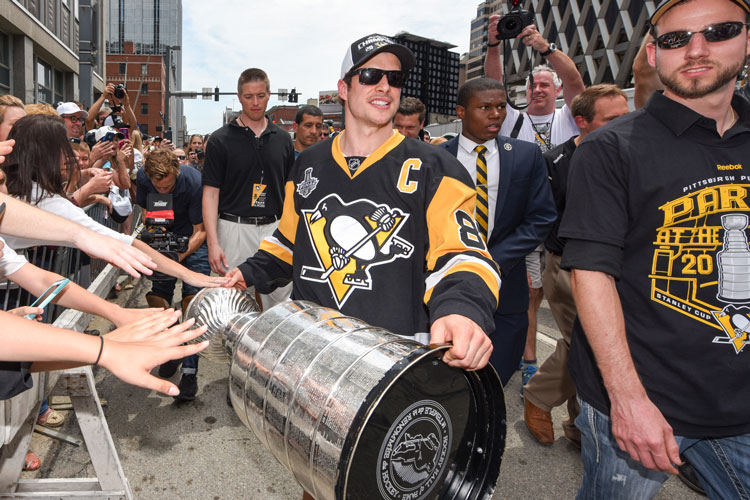 There are many reasons Sidney Crosby is a fan favorite –– and those reasons extend well beyond what he does on the ice.

Consider the story of Patricia Lingley-Pottie, an avid hockey fan who lives about a half-hour from Crosby's hometown of Cole Harbour, Nova Scotia.

Earlier this month, her doorbell rang and she looked out a window to see Crosby standing on her front porch. Wearing just a bikini because of the hot weather, she ran upstairs to change clothes while her daughter, Madisyn, let Crosby in.

“Well I was just shocked,” Lingley-Pottie told the Chronicle Herald.

Crosby explained that he was visiting after seeing a plywood sign outside their home that said “Sid please sign my jersey” a few weeks earlier. The sign — put up by Lingley-Pottie’s husband Darryl — had since been taken down, but Crosby still managed to find their home.

Although Darryl was at work and couldn’t be present for the visit his sign prompted, Crosby still signed his jersey, along with a hockey picture of Madisyn’s. He visited with the mother and daughter for about 20 minutes, discussing Lingley-Pottie’s work running a children’s mental health program and Madisyn’s hockey ambitions.

“He’s a down-to-earth pleasant person, very genuine and polite,” Lingley Pottie told the Chronicle Herald. “He was obviously interested because he asked my daughter questions about hockey and the hockey league she was with.”

The family is full of hockey fans, the Chronicle Herald reports. Darryl sets up a rink for neighborhood children to play in the winter and Patricia paid a visit to the World Hockey Championships during a trip to Finland. It was obvious that Crosby's visit meant a lot.

“I was just so full of joy,” Lingley-Pottie told the Chronicle Herald.