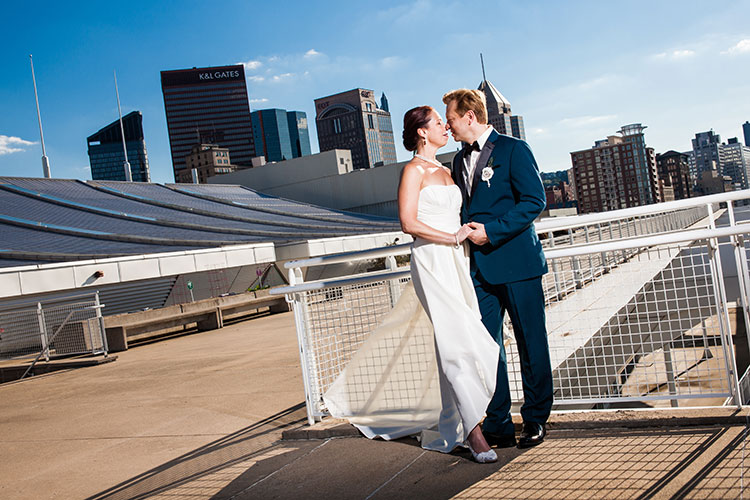 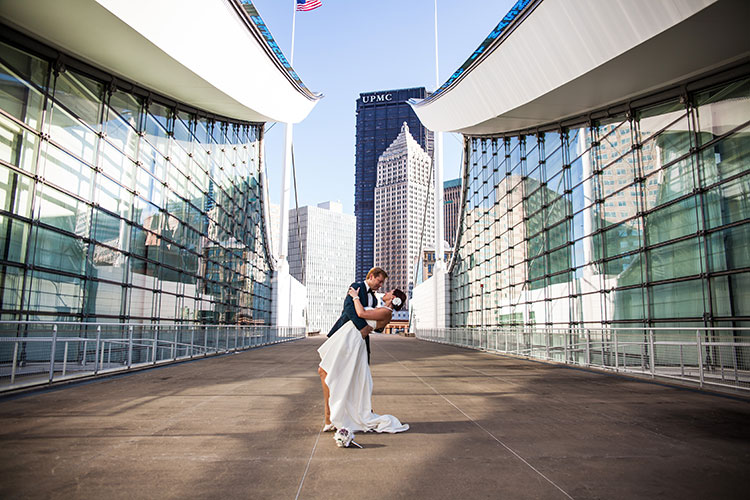 When Eric Met Jessica.
Eric Shultz and Jessica Lukac’s story began in 1995, when they met and got to know one another dancing at bygone spots such as The Upstage in Oakland. They went out to dinner once, but, as Jessica remembers it, they weren’t ready for anything serious.

A decade and a half later, they came across each other on another dance floor, this time at Lava Lounge on the South Side. Jessica recognized his scent before she saw him — he still wore the same distinctive cologne.

“We’ve been together ever since,” Eric says. 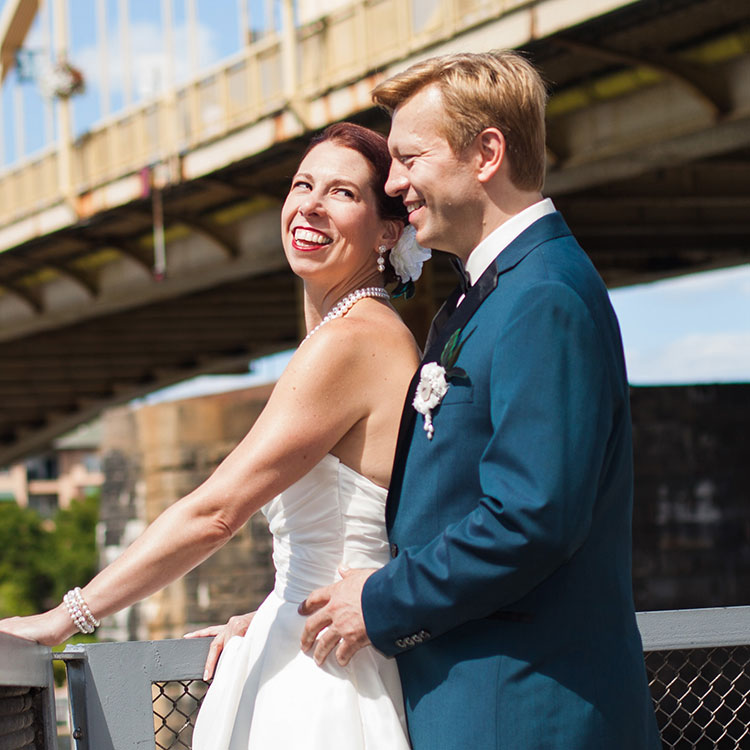 She Said Yes.
In November 2015, they took a trip to New York City, and unbeknownst to Jessica, Eric packed a custom, east-west oval engagement ring from Caesar’s Designs in Shadyside.

On the last day of their trip, they were eating takeout in Union Square Park, and Eric felt time was running out to propose before they returned home. A music student playing the violin nearby added some ambiance as Eric got down on one knee.

The couple decided that day that they would hold their wedding on Sept. 3, 2016: the 21st anniversary of their first date. 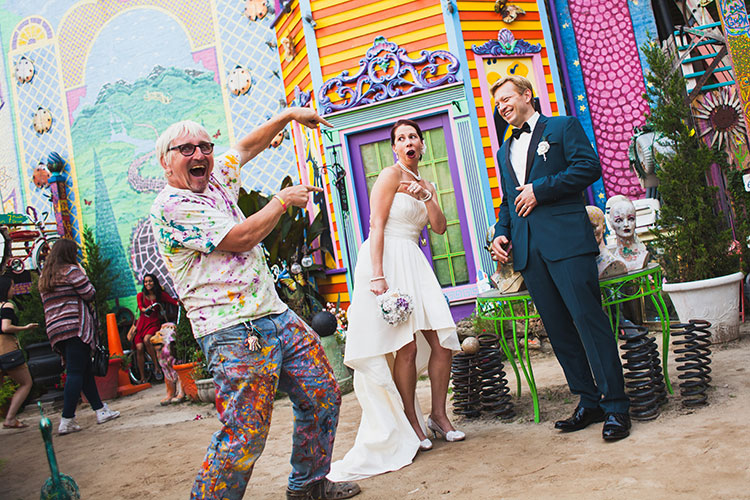 The Big Day.
Eric and Jessica’s day incorporated numerous aspects from their love story. Lou Ortego, who deejayed at The Upstage where they first met, played at their reception. Bartender Sean Enright and his girlfriend, former Lava Lounge bartender Bethany T., crafted the cocktails.

“We decided early on we wanted our wedding to be more a party and celebration,” Eric says.

The two took pictures around Downtown, where they live, and on the North Side, even posing with Randyland owner Randy Gilson after coming across him in his signature art installation.

Because their wedding fell on Labor Day weekend, they continued their celebration on Monday with a picnic at the White Barn in Prospect, which is owned by Eric’s family members.

“We wanted to do all the things we like with all the people we love,” Eric says. 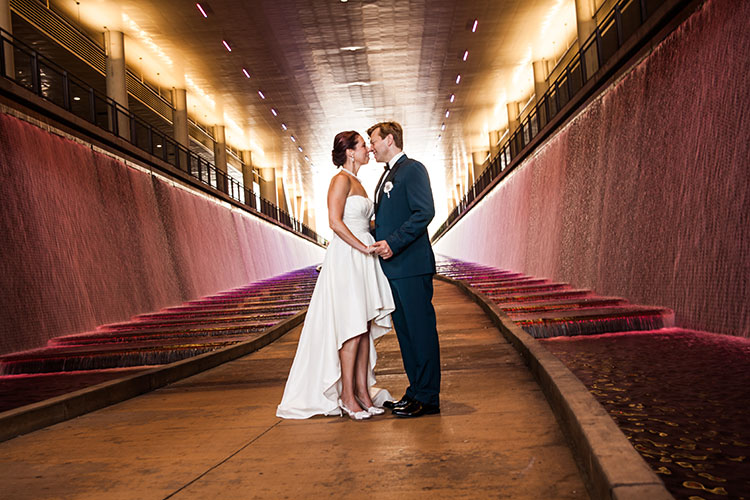 Happily Ever After.
Eric, 49, who is a municipal park manager, and Jessica, 43, who works in insurance, took a “pre-moon” before the big day to Lake Martin, Ala., where they travel annually to visit friends.

They’re already planning a celebratory dance party at Belvedere’s in Lawrenceville for their one-year anniversary. 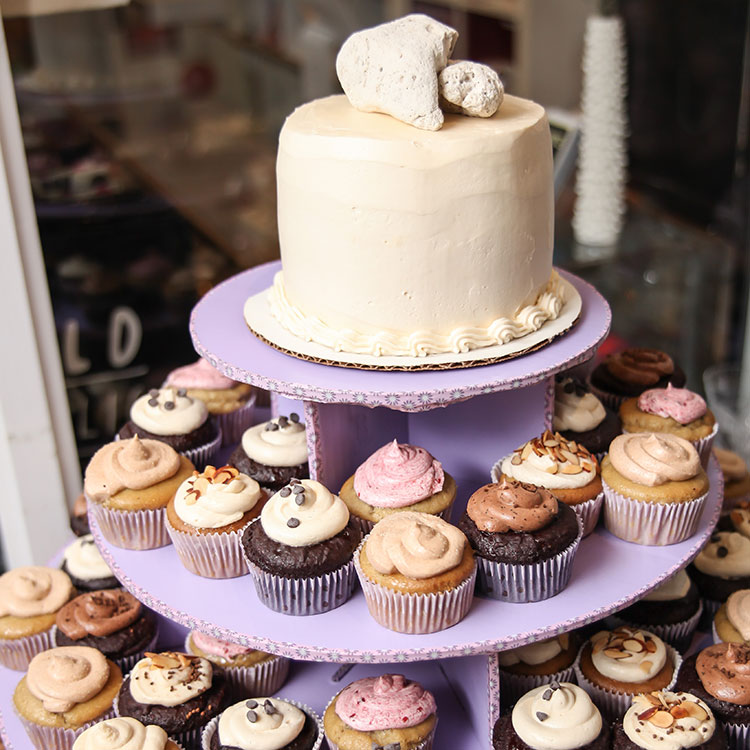