WDVE’s Jim Krenn takes over the Internet for a glimpse of his hometown. 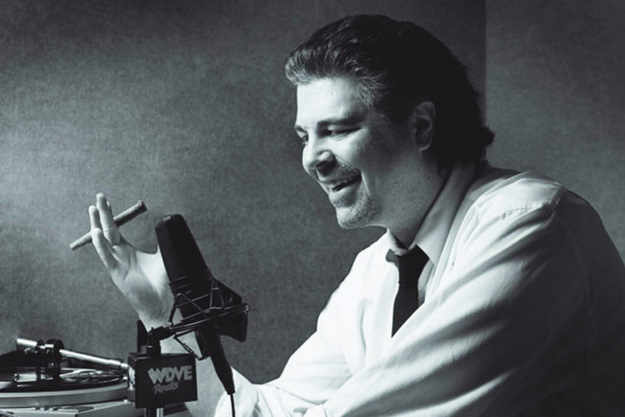 Many people would say Jim Krenn embodies Pittsburgh. The Strip District native has been the co-host of the WDVE Morning Show for 23 years. A generation of Pittsburghers has woken up to Krenn’s voice every day of their lives.

There’s probably no better enthusiastic ambassador for all things Pittsburgh than Krenn—from sports and music to the weird and unexpected side of our unique city. So, his new Web series, Jim Krenn Raw, is a perfect fit. Bits of stand-up and storytelling are mixed in with a roving exploration of the city and beyond. With a cavalcade of famous guests and a stop at nearly every notable Pittsburgh location, Krenn turns a joyful, humorous light on institutions we may take for granted.

The second season of Raw is now under way. I recommend the entry taped at Anthrocon, the yearly gathering of “furries” held at the David L. Lawrence Convention Center. Krenn, along with producers Andy Peacock and John Beavers, darted all over the Westin Hotel lobby—not merely interviewing the costumed characters, but truly making friends with them. Krenn has an easy, natural way of establishing trust and familiarity, and it works whether he’s talking to the stars of “Deadliest Catch” or a teenager in a dog costume.

As “Jim Krenn Raw” pushes into its second season, buzz remains high for the webseries about the local boy done good. Krenn says that he believes the show is about a regular guy who is fortunate enough to have some great opportunities; despite his high-profile position over the past few decades, he still sees himself as the Pittsburgh kid who caught a break.

Krenn sat down with Pittsburgh magazine during the filming of the second season to share the history, challenges, and joy of his new gig.

PM: Who originally came up with the concept for Raw? Was it something that you pitched to them, or was it presented to you?
JK: The idea was [Clear Channel Pittsburgh President/Market Manager] Dennis Lamme’s. I had just done The Moth storytelling show, and we were talking about how I like telling stories. And he says, “You know what, we should film you. Maybe doing your stand-up, doing stories, get some of the friends that you know, you can interview them for the website.” And he kept using the word “raw.” He kept saying, “You know, raw footage. I’m not taking about a big-budget studio show. I’m talking about raw stuff.” And I said, “I’d love that. That’d be a lot of fun to do.”

With a big idea like this, where you can go in a lot of different directions, how did you decide what to do at first? Was there a lot of pressure on that first episode?
You know, we decided that this is kind of a reinvention of my career. So they thought, why not start with my life. People in Pittsburgh know my story, but let’s see it through my eyes. So we went into the Strip and did my life, and actually centered it around the altar boy story—which is, coincidentally, the story I used in The Moth.

That first season started with some more personal episodes, and gradually transitioned into you going around town more and more. How’d you decide to start doing those out-and-about episodes?
It’s a Pittsburgh pride kind of show. So, it’s a great city, let’s uncover it. Uncover it through the eyes of a guy who grew up in the city. I wrote the new intro [for season two] trying to describe the show in shorter terms, and what I came up with was, “I’m an ordinary guy who’s lucky enough to do some extraordinary things.” So, as a kid who grew in Pittsburgh, taking batting practice with the Pirates…it’s exciting. I’m fortunate—because of the job, I get the opportunity to do that. And if I have any vision for it, I see it growing a little bit, maybe even doing some travel in the future.

Is there more of your stand-up comedy coming in the second season?
There is going to be more—not as long, because my act is storytelling. Storytelling takes a long time. So in the initial episodes, we’re not going to use the entire story, we’re just going to have themes with those stories that I could tie in. For instance, I have a story about me boxing when I was a kid…what I’ll do is use a snippet of it, a punchline here and there, in an upcoming episode I’m taping with [former boxing champ] Roy Jones, Jr.

Will fans be able to see that whole story, though?
We’re trying to keep the new episodes around five to six minutes, to make it more mobile friendly. What we’ll do is we’ll release extra footage during the week. So you see the boxing story, you’ll see a couple punchlines—a few days later, we’ll release it in another area of our website, we’ll say, “Hey, if you wanna see the entire stand-up piece by Jim, here’s his boxing story.”

At this point in your career, do you think of yourself as one of the voices of Pittsburgh? Do you have to take into consideration that you’re someone who people really see as part of their window on the city?
I actually firmly believe that I’m a regular guy that got lucky. It’s fortunate to have the gig. But I look at it as appreciating. Appreciating the job, appreciating the people of Pittsburgh. I feel that the viewpoint of my comedy is from a regular guy who happens to have a very high-profile job. And I’m not acting out those feelings—people can see that. People are smart, they can see through to who you are. I’ve learned, in radio or video, that is a thin veil, man. People can see who you are. And people can see that I enjoy it and I appreciate it, I do. I feel that I’m not anything more than that.

What has been the hardest part of developing “Raw”?
The medium of video has been the hardest adjustment. It is a work in progress for me. I’m still learning it. You have to edit in your mind more. You know, that and the fact that I have a face for radio. So it’s kind of interesting—looking at myself on video, I just shake my head. I definitely have to groom more.

So what was your favorite episode in Season One? What was the most fun for you?
There’s a tie. I gotta give you the highlights. I gotta tell ya, batting practice with the Buccos, that was amazing. Just being down on the field with the guys. Skating at Consol Energy Center was fun. I’ll never forget that. Bob Errey and Phil Borque telling me some of those inside Cup stories, that was special for me. And actually, the elephants. The elephant grabbed my butt. It was funny, it was interesting. I thought that was a neat experience—that was wild, man. Those ones just stand out in my mind. The show’s been a blast for me, man. It’s not like work, I’ll tell you that. I dig it. I’m liking it a lot. 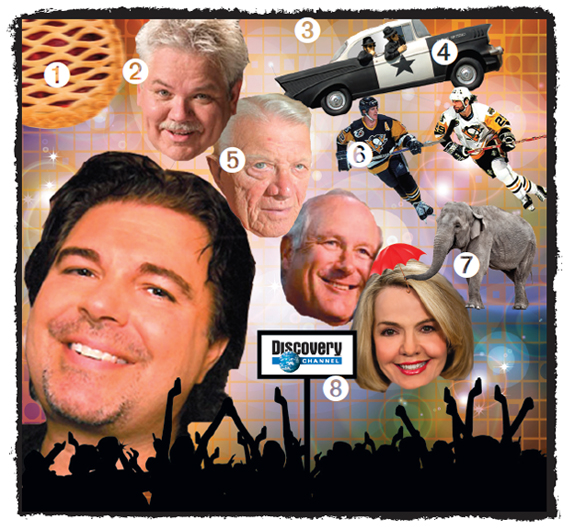 Here’s a list of several featured guests from the first season of Raw. All episodes (in addition to bonus content) are available at jimkrennraw.com.

1. Krenn eagerly accepted when he was invited to judge a night of cherry-pie wrestling in Lawrenceville. The risqué results were more sticky than sexy.

2. Early in the show’s run, Rick Sebak (jokingly) confronted Krenn in a Strip District alley with, "Pittsburgh and other stuff—that’s my territory!"

3. Krenn was given FBI training in two episodes, taking on the shooting range, mock crime scenes, fingerprinting … and evasive driving. “If you were a cop, we’d put you on a horse,” one trainer said.

5. Joe DeNardo invited Krenn into his home for a forecasting lesson. Krenn spent most of the lesson aping DeNardo’s trademark ’Burgh accent.

7. Sally Wiggin brought Krenn to the Pittsburgh Zoo & PPG Aquarium to meet some friends: a welcoming family of elephants.

8. Two episodes featured guests from the Discovery Channel: Sean Casey of “Storm Chasers” and the stars of “Deadliest Catch,” who found Krenn to be a bit overdressed. They cut his tie in half.

This article appears in the September 2011 issue of Pittsburgh Magazine.
Categories: Arts & Entertainment, From the Magazine, Hot Reads