‘A Pittsburgh Institution’: Why Klavon’s Ice Cream Parlor is Up For Sale

Don’t worry — it will remain open through the sales process. 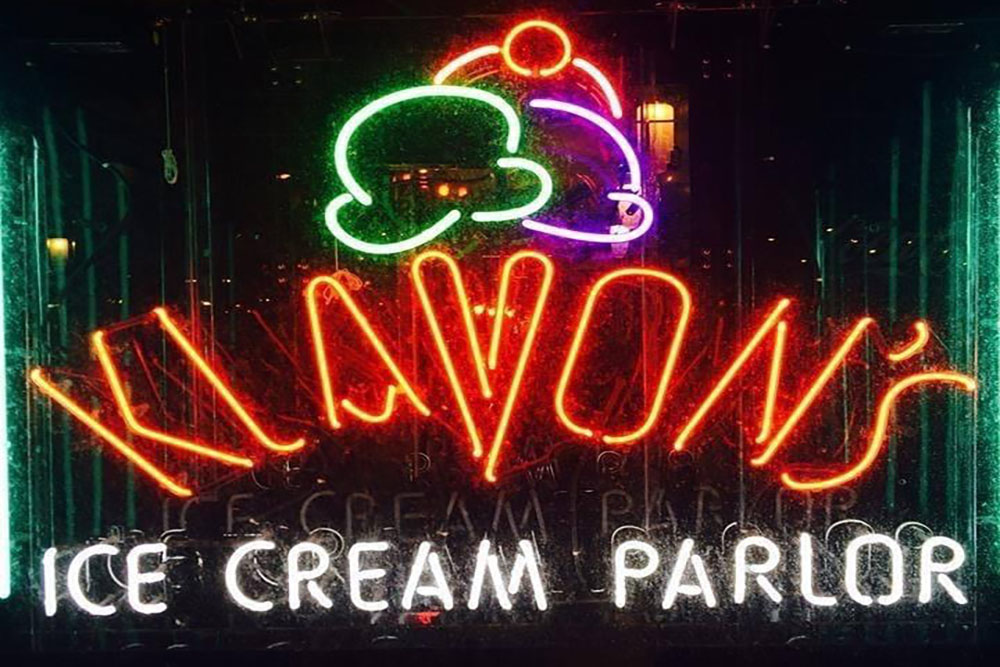 It survived depressions, recessions, a flood and a pandemic. Now, it’s up for sale.

Klavon’s Ice Cream Parlor made national news last year when it more than doubled its wage for its workers; just after raising its hourly pay from $7.25 to $15, the shop received more than 1,000 applications in less than a week. But now, it’s going to be sold, its owner says.

Jacob Hanchar and his family bought the shop in 2013 after falling in love with it two years before. But Hanchar, who is also the CEO of the robotics company Digital Dream Labs, says he hasn’t had the time to give Klavon’s the attention it deserves.

“In the past six months, I’ve had my head down focusing on Digital Dream Labs,” Hanchar said in a statement. “The shop’s getting short changed and that’s not fair to Pittsburgh or Klavon’s.”

Both the building and the business are up for sale, but don’t worry; Klavon’s will remain open throughout the process, so you can still go grab your favorite scoop as the weather warms up.

Next year will mark the shop’s centennial; it opened in 1923 as a neighborhood apothecary and ice cream shop, having weathered a range of obstacles, including the St. Patrick’s Day flood of 1936. There’s even a mark on the wall above the phone booths that shows how high the floodwaters climbed that day.

It also closed for two decades in 1979, but was reopened in 1999 and transformed into the full-service ice cream parlor it’s known as today — unique for its original revolving stools, wooden phone booths and marble countertops.

“Nothing in the shop is replaceable,” Hanchar said. “Everything is original.”

True to its old-world charm and vintage interior, Klavon’s also made its own ice cream “the old-fashioned way” — something Hanchar said the 30 new local ice cream places rarely, if ever, do.

“The other places don’t do the old-fashioned hard ice cream, the pecan balls, the sundaes, the amazing decadence that we do,” he said. 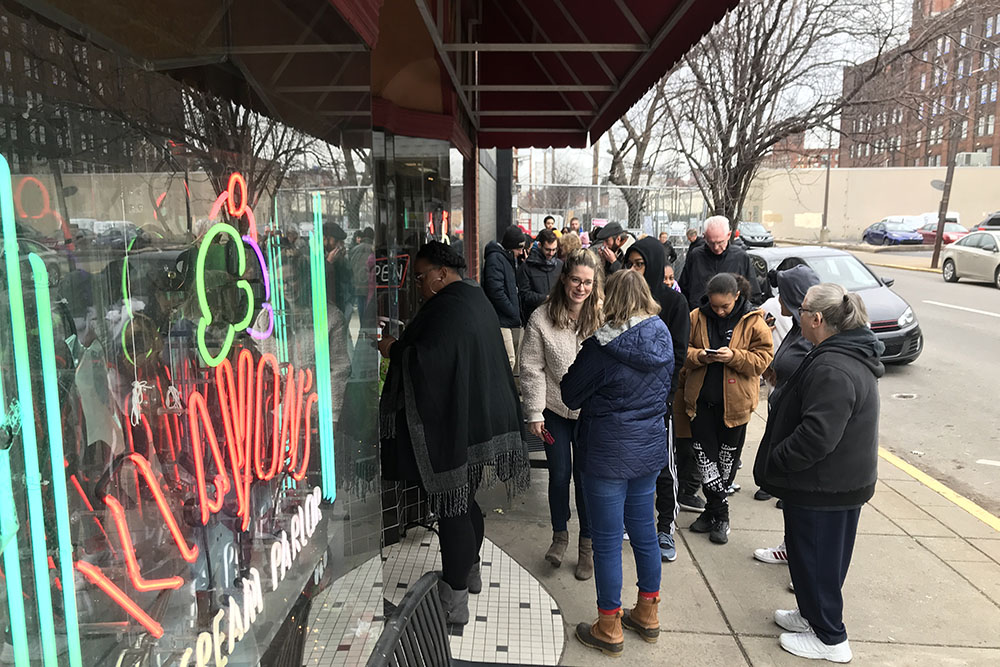 In the earliest days of the pandemic, when restrictions closed indoor dining across the region, Klavon’s created “ice cream survival kits” that could be delivered to people’s homes. The kits included a gallon-sized tub of chocolate or vanilla ice cream, 10 cones and toppings. The first 300 sold out within 24 hours.

Hanchar said the shop had record sales in 2019, but 2020 “kicked our butts and cut our revenue in half.” Nevertheless, he expects the shop will get back to or even surpass 2019’s levels this year.

The decision to sell the store was not an easy one, but as Digital Dream Labs continues to develop with new projects and initiatives — including its work with companion robots and a recent order of 50,000 “companion drones” from the Canadian manufacturer Draganfly — it seemed to Hanchar like the right decision.

He added a word of thanks to the staff and customers for their support over the years, which made Klavon’s a “Pittsburgh institution,” especially throughout the pandemic.

“It’s been an amazing ride,” he said.