A Piece of Pittsburgh's Film History is Experiencing a Rebirth

The Paramount Film Exchange in Uptown once served as a venue for theater owners to screen and select flicks. Now, it's serving as home base for a photo studio and startups. 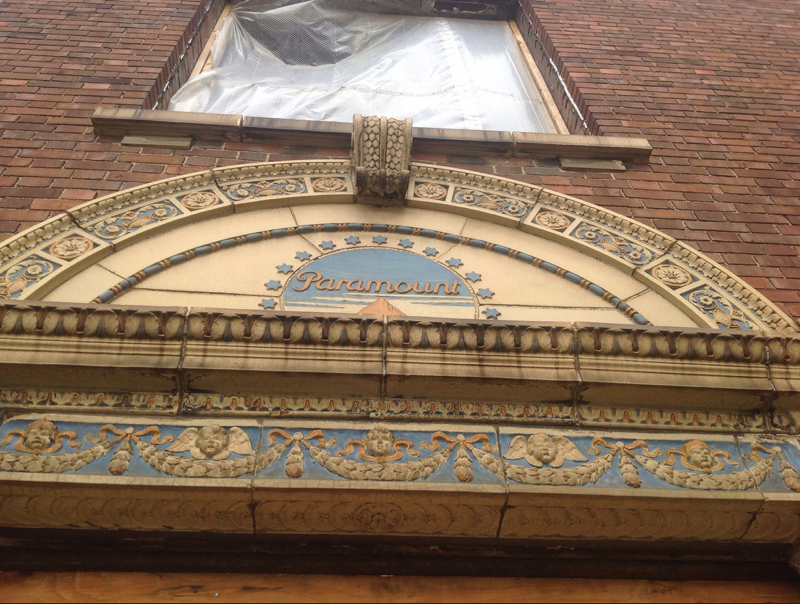 When copies of new releases such as “Gone Girl” and “Annabelle” arrive at area theaters, there will be no film involved. Modern “prints” are stored on hard drives about the size of a textbook, delivered via a shipping company.

In the not-too-distant past, though, the setup was much different. Major studios would operate distribution buildings in cities across the country, where theater owners would be invited to preview upcoming releases; before the advent of the multiplex, the taste of the owner would dictate whether a new film would be purchased for exhibition or ignored.

In Pittsburgh, a row of these buildings once stood in Uptown. Some have been demolished or found new life (the current home of the Duquesne Tamburitzans once was Warner Bros.’ Pittsburgh base); another is being reborn now.

The Paramount Film Exchange Building, constructed in 1926, was used by the studio into the 1980s. After two decades of disuse and more than 10 years of revitalization efforts, the building is ready to redebut tonight at an open house event that will highlight its new life as a home for startups, a photography studio and more.

When you arrive in Uptown, look for the only building on the block with the iconic Paramount logo above the door.

#Rankings: CMU among the best universities in terms of job placement, says LinkedIn

Yesterday popular networking site LinkedIn released rankings of the top universities based on the career outcomes of its millions-plus users. Carnegie Mellon University topped the top-three list — not once but twice — for people finding careers as designers and software developers. CMU also was ranked 20th for finance professionals and sixth for software developers at startups.

Arts Day of Giving (ArtDOG) offers an 18-hour window to make online donations to arts nonprofits; those contributions partially will be matched by The Heinz Endowments. Individuals have from now through midnight to donate as little as $15 to their favorite organization. ArtDOG is looking to top the nearly $1.9 million raised in 2011. Donate at pittsburghgives.org.

This article appears in the October 2014 issue of Pittsburgh Magazine.