A Pair of Solid Music Festivals Emerge, After a Rocky Road

The Feed More Festival and Blues and Roots Festival will both raise money for great causes, in spite of a tumultuous 2016. 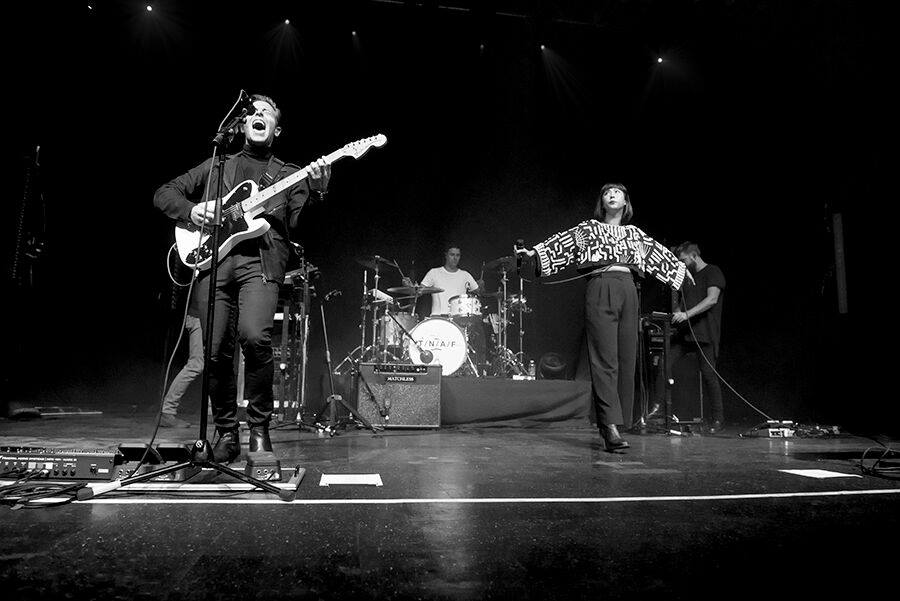 Where there was once one summer music festival, now there are two — benefitting two very worthy causes, likely raising more money than ever before with fewer attached headaches.

Because of that old bugaboo that carries so much weight, especially in a city with a memory as long as Pittsburgh’s: tradition.

For many, the 21-year-old Pittsburgh Blues Festival had become a tradition. The three-day concert benefitting the Greater Pittsburgh Community Food Bank, held in recent years at Hartwood Acres, became the high point of the local music calendar for blues aficionados (as well as an introduction to the storied and, recently, increasingly scarce genre for new generations of fans). Legends such as Buddy Guy, Taj Mahal, John Mayall and the late Koko Taylor came to Pittsburgh for the occasion.

Last year, the weekend vanished. In its place was the Feed More Festival, a one-day show held at Stage AE. The event’s format changed; indie and local rock would now take center stage. Cold War Kids headlined the inaugural event; the second edition, set for this Saturday, will be headlined by The Naked and Famous (pictured above).

While no signature Blues event took place in 2016, this year promises a fine replacement: The 2017 Pittsburgh Blues and Roots Festival is scheduled for July 22-23 at the Syria Shrine Center. It will be booked by Ron Esser, the Moondogs head honcho who served as a longtime producer/booker for the bygone Blues Fest. The new event, while smaller in scale than the old fest, will benefit the Autism Society of Pittsburgh, via Band Together Pittsburgh, an organization Esser founded along with Jim Stewart and Nied’s Hotel Band member John Vento.

Musicians on the autism spectrum and more with differently abled family members will be incorporated into the festival, which aims to be inclusive and celebratory for some of the individuals it will benefit. It also has a great lineup in place already, including Tinsley Ellis, Kenny Neal and standout locals.

I’m thrilled that two worthy organizations will benefit from this rift; I’m especially glad to learn that the burden will be lessened and the benefit will be increased for the Food Bank, which does some of the finest, most noble work I can imagine (and does so in a way that continues to serve as a model for organizations nationwide).

And, to be perfectly clear: I am of the opinion that you should absolutely, without question, attend both of these events. This weekend’s Feed More Festival has a killer lineup; The Naked and Famous, with their blend of indie-pop sweetness and upbeat bounce, are a fine choice, as is the co-headlining act, Austinite songwriter Max Frost. The local bands featured Saturday are also a murderer’s row: longtime favorites Donora and Joy Ike, pop maestros Balloon Ride Fantasy, current local-scene darlings Molly Alphabet and hard-edged rockers Bad Custer. That’s a great, great lineup. Seriously: Go to the show. (If, of course, your day will not be dominated by Pride events, including Pride in the Streets headliner Jennifer Hudson’s simultaneous set.)

And go to to the Blues and Roots Festival — most importantly to benefit a good cause and experience a fantastic day of music, but just as essentially to welcome the continuation of the Blues Fest’s legacy as it gets back on its feet.

Now — having made it clear that these are both excellent events, I’m thrilled that both are now in place, and I think the split will ultimately be a net benefit for both the nonprofit and music communities — let me say that this should’ve gone down differently.

It is unwise to mess with tradition in Pittsburgh, whatever that tradition is. And, to liberally paraphrase the Bard, if it were done, then ’twere well it were done carefully.

These two festivals should’ve been announced simultaneously, with both organizations coordinating and communicating to make the change look more like growth than … well, change. There shouldn’t have been a gap year between blues events — in early 2016, we should’ve heard an announcement that there was now a Feed More Festival (at Stage AE, benefitting the Food Bank) in addition to the Pittsburgh Blues Festival (at the Syria Shrine, benefitting the Autism Society). This should’ve also been coordinated with the county’s summer concert series, so a dedicated blues concert could remain at Hartwood Acres for the loyalists who preferred that venue.

And, with deference to the great lineup assembled for this Saturday, I must admit that I hope for another format change for the Feed More Fest in coming years. I love indie bands, but we get a surfeit of them during the Three Rivers Arts Festival (not to mention every week at Stage AE and Mr. Smalls, not to mention at Thrival, not to mention … well, everywhere else). I’d be interested to see what other types of shows could attract even more attention, dollars and revelers. I’ll note that Pittsburgh is sorely in need of a dedicated hip-hop event, though there are innumerable ways to go.

Again, these are great events, and the change is a good one, without a doubt. I just know that it could’ve been handled in such a way that would make it seem like a cause for celebration, diversity and inclusion, rather than a rift.