A New Gym is Coming to Downtown, With a Retired Steeler as Its Ambassador 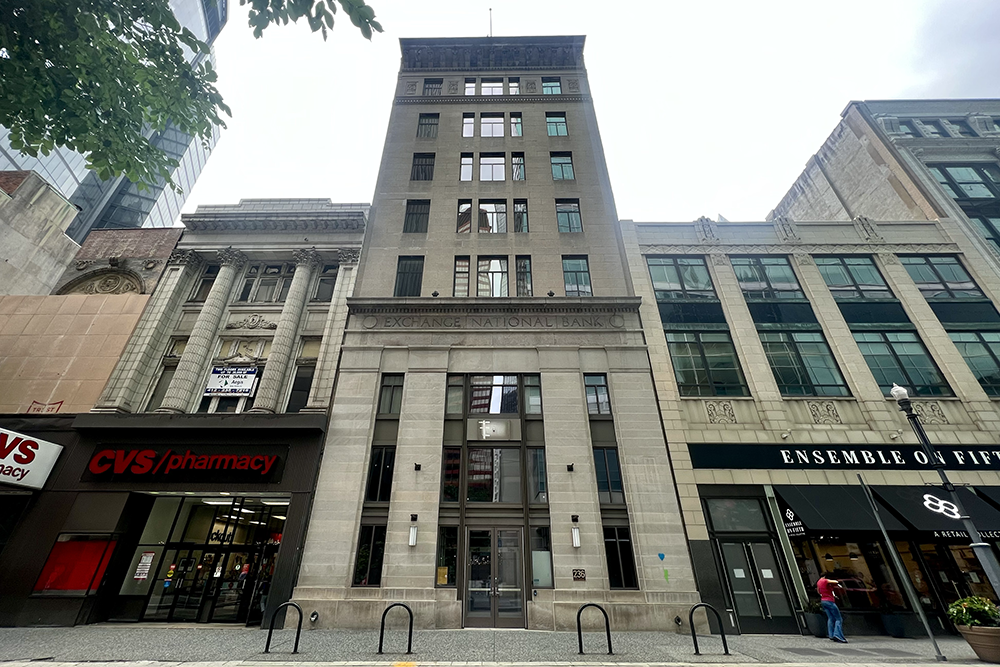 Downtown Pittsburgh will soon be getting a new place to work out.

The new facility will span 40,000 feet and will be only the third UFC Gym in the state. It will be the first in Western Pennsylvania, providing functional fitness, MMA-inspired conditioning classes and access to world-class facilities.

The gym is the product of a partnership between UPF and the Western Pennsylvania real estate developer and management company Piatt Companies, formerly Millcraft Investments.

“This is an exciting time for us at UFC Gym as we partner with Piatt Companies to introduce UFC Gym to the Pittsburgh community,” UFC Gym chief executive officer Adam Sedlack said in a statement.

The gym’s new ambassador may be familiar to Pittsburghers, too.

Ryan Shazier, a 2014 Steelers first-round draft pick and two-time Pro Bowl linebacker, will be working with UFC Gym as part of the partnership. Shazier sustained a spinal cord injury in 2017, and through rehabilitation, is now able to walk, jog and run again. He retired from the NFL in 2020 and now runs the Ryan Shazier Fund for Spinal Rehabilitation to raise resources for folks who have sustained life-altering injuries to the spinal cord.

“[Shazier’s] story inspired our entire city and he shared his journey with us,” said Lucas Piatt, CEO of Piatt Companies, in a statement. “Everyone faces struggles and we’re all fighting for something. The UFC Gym in Market Square will be the first of its kind here and we hope to expand with three additional locations throughout the region where people can come to fight their fight and be supported through programming for everyone and world-class amenities.”

Those amenities will include a weight room with free weights and Olympic lift platforms, robust cardio and functional equipment, functional training area with indoor turf, a mat room, a bag rack, a full-service locker room and an Arm Bar Cafe and recovery area, which will provide pre- and post-workout treatments like cryotherapy, Normatec (compression units that use compressed air to massage limbs to aid in recovery) and more.

The goal is to make its world-class MMA athlete training programs available to all, regardless of age or athletic ability.

The then-vacant Murphy store complex was bought by Millcraft Investments in 2006, and the YMCA would open within the mixed-use commercial and residential space, called Market Square Place and  Market Square Lofts, in the late aughts. The YMCA location closed in the summer of 2018 amid financial difficulties, including Chapter 11 bankruptcy, for the Y.