Construction on the Polish Hill homes is slated to be completed by early 2023. 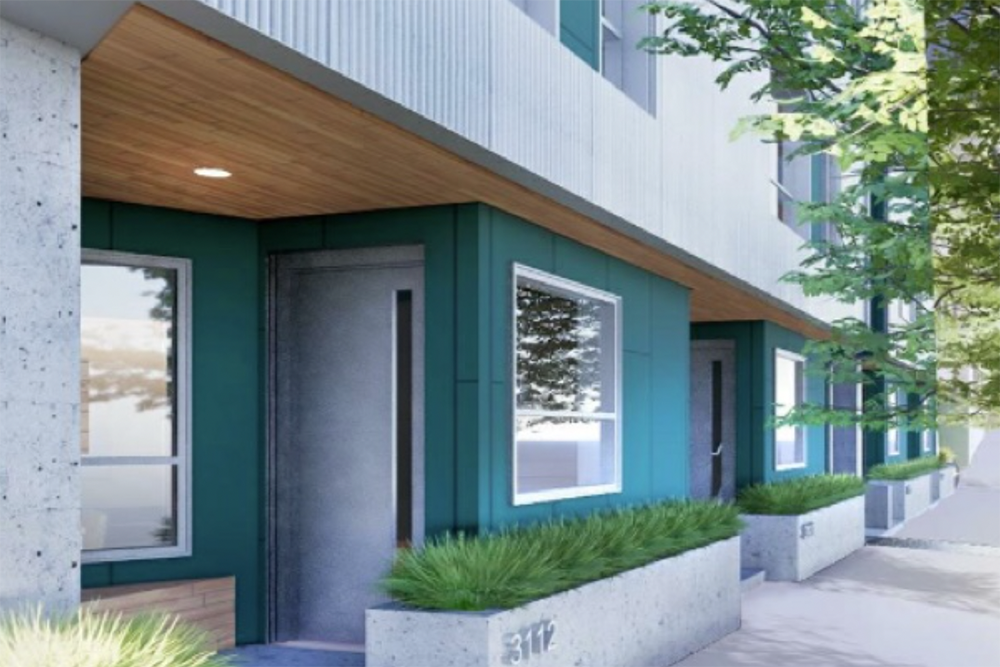 It’s no secret that the cost of housing in Pittsburgh has climbed; since 2015, the average cost of a home in Pittsburgh’s Polish Hill neighborhood has more than tripled to nearly $300,000 — a cost that’s out of reach for many residents. But the City of Bridges Community Land Trust is working to change that.

The nonprofit, which develops permanently affordable housing to prevent the displacement of low-income families, announced that construction will soon begin on its long-awaited affordable housing site in Polish Hill. A groundbreaking ceremony was held at the site, located at 3110 Dobson St., on Wednesday.

Permanently affordable means that the homes will remain low-cost in perpetuity; if or when the owners move on and sell their home, they will sell to another low-to-moderate income household. This allows the seller to build wealth, while also ensuring that the community remains affordable.

Organizers said the moment is the culmination of a four-year process to create a community-endorsed design and secure the necessary funding to move forward with the project. It received a $750,000 grant from the Federal Home Loan Bank of Pittsburgh, and the land was donated by the Pittsburgh Housing Development Corporation, a nonprofit subsidiary of the Urban Redevelopment Authority.

Eight units will be built at the intersection of Brereton and Dobson streets, known locally as the “Fire Site,” as most of the previous structures there were destroyed by arson in 2007. Construction is scheduled to be completed by early 2023. 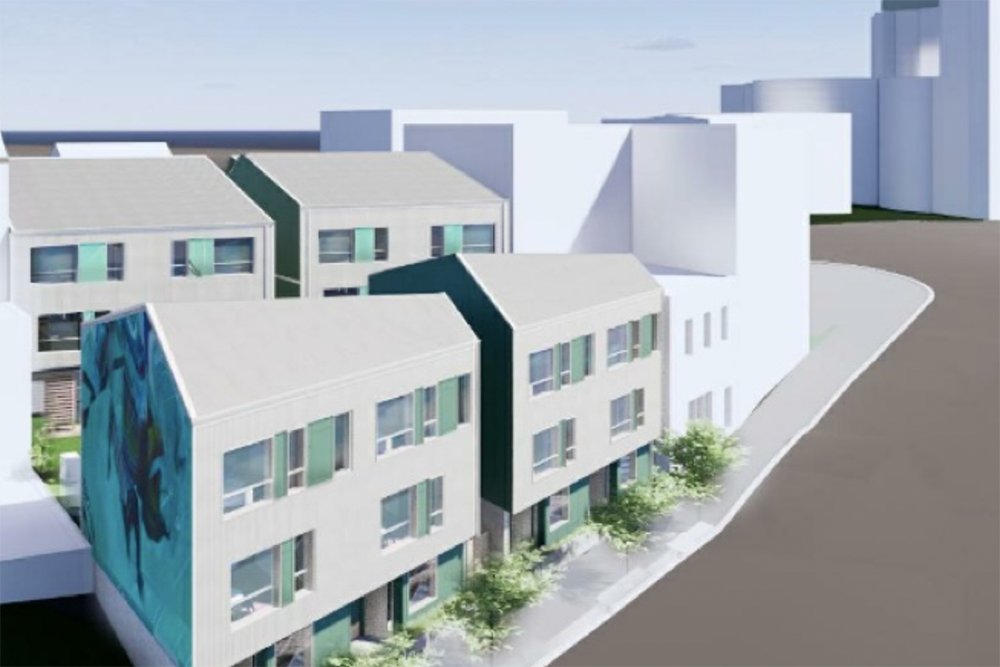 “After a long fundraising process and delays due to COVID-19 and supply chain disruptions, we are so excited to begin construction on these homes,” Land Trust executive director Ed Nusser said in a statement. “The neighborhood has worked for a community-centered development at this site for more than a decade and we are proud to help activate residents’ vision for their community.”

Further, two of the homes will be made priority for low-to-moderate income populations who have experienced compounded housing injustice and discrimination, including individuals with mental, physical or developmental disabilities; individuals fleeing domestic abuse; those in addiction recovery; and those living with HIV.

Polish Hill residents have been working to see the site rebuilt through community-led development efforts, all of which circled around the need for permanently affordable home-ownership in what the Land Trust calls a “critical location.”

This comes at a time when the nation is undergoing a prolonged housing crisis, due in part to economic globalization, which has pushed up the cost of housing while at the same time restricting the earnings of working people. The coronavirus  pandemic, too, has accelerated the crisis, especially for vulnerable communities and people of color, who were already disproportionately affected by both the housing crisis and COVID-19.

A study published by the University of Pittsburgh, entitled “Pittsburgh’s Affordable Housing Crisis,” explained that this issue has prompted an exodus of Black residents from the city. The 2021 census documented a 13% decline in Pittsburgh’s Black population over the last decade, tying this trend to the lack of affordable housing in the city and the ongoing, systemic discrimination by residential leaders. Of the $12 billion doled out in home loans between 2007 and 2019, only 7% went to Pittsburgh’s minority residents.

“Pittsburgh’s rising housing costs can be linked to policies that prioritize the development of luxury housing over affordable family housing, and such policies have been shaped by the disproportionate influence of powerful private actors — including Pittsburgh’s large nonprofit entities — in development policies,” the report reads.

“Looming gentrification in under-resourced communities, aging infrastructure in our oldest neighborhoods and rapidly increasing property values are some of the major challenges we’re seeing in West Philadelphia and across the commonwealth,” said Rep. Morgan Cephas, who serves Philadelphia’s 192nd legislative district, in a press release. “Given today’s housing climate, it is crucial for us to ensure that we not only continue to build new housing, but we must maintain current infrastructure and support safe and affordable living for all residents and families.”