A Mysterious (But Messy) Night at the Museum with DODO

A review of "DODO," the immersive-theater production currently taking place at the Carnegie Museums by Bricolage Production Company. 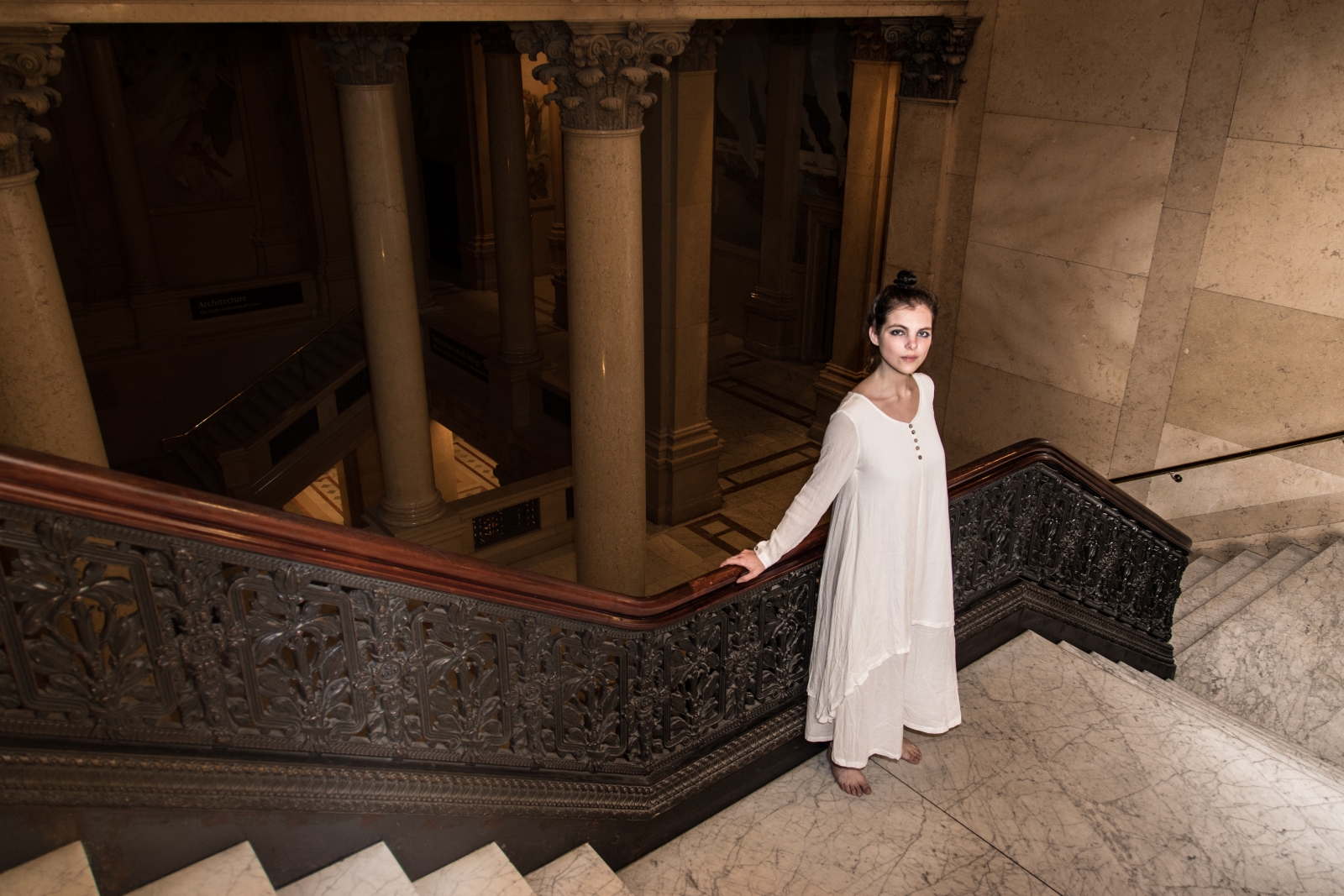 DODO,” a mysterious and enticing immersive theater experience set among the exhibit halls and back rooms of the Carnegie Museums in Oakland, attempts to live up to the high standards set by Bricolage Production Co. five years ago.

In the fall of 2012, the inventive theater company presented “STRATA,” a sprawling epic of immersive theater, which is a new and still-rising genre encompassing any show where the audience is an active participant in the story, in a disused Downtown gym. It was the first such production in Pittsburgh; as I wrote at the time, it was a completely new and captivating experience.

In the subsequent years, Uncumber Theatrics and the ScareHouse began working in the form. The former company pushed the boundaries of immersive productions, culminating in 2016’s sprawling “Serpentine,” a five-week, real-time, city-wide experience. The ScareHouse, meanwhile, took the tools of immersive theater and applied them to the haunt game, drawing national raves.

Bricolage, however, has not been able to replicate the success of “STRATA.” “Ojo,” an immersive experience built for the 2014 Three Rivers Arts Festival, was a careful and often moving illustration of blindness, but it lacked the intimacy and mystery of “STRATA.” The company built an escape room game, “Enter the Imaginarium,” in Harmarville, pitching it as part immersive theater and part escape room; in practice, it’s lovely and fun but not meaningfully different from any other well-done escape room.

“DODO,” presented as a meeting with a clandestine organization dedicated to preserving humanity’s survival, seemed to have everything in place to once again reach the lofty heights of “STRATA.” The Carnegie Museums couldn’t be a more alluring environment for such a production — early information on the show promised that guests would see portions of the buildings normally off-limits to guests — and the secret-society angle (while noticably similar to the bulk of Uncumber’s work) provided the right amount of intrigue and atmosphere.

There are beautiful moments and scenes in “DODO.” There are individual performances and remarkable sights I am unlikely to forget; there were enough such sensations, in fact, that I wouldn’t discourage anyone from seeing this production.

Yet the day after I experienced it, I find myself mostly frustrated at what can only be termed a squandered opportunity.

After you arrive (at a scheduled time), you make your way to a back entrance to the Carnegie Museum of Art; you’ll be with a small party (my group had six). A dignified chap will ask you a series of probing questions, then present you with a small, natural artifact and send you on your adventure.

In the journeys that follow, you’ll encounter people from different time periods in corners of the museum both public and private. Many will use the museum’s treasures as inspiration to muse on man’s relationship with the planet and our temporary status as masters of the natural world. You will sometimes (though not often enough, to be frank) have the opportunity to chat with performers in one-on-one settings. You’ll have a meeting with a museum scientist who will take you behind the scenes to see conservation work as it happens. (There is also a tie-in experience based online, though for me and others I spoke with, it seemed plagued by technical and logistical difficulties; I never received a promised series of text messages.)

Your experience will vary based on which performers and scenes you witness — there are branching paths through the museum, and participants will not see every scene during a single visit — but the scenes I encountered during this part of the show were, on the whole, intriguing and enjoyable. The performers are all compelling, though your encounters with them are sorely missing the open, improvisational bent of “STRATA” and “Serpentine.”

Unfortunately, time is wasted, and the illusion of “DODO” is utterly shattered in a climactic sequence in the museum’s basement. I won’t spoil it here beyond saying that the real moments and dramatic sights of the show’s first half are traded for a set of headphones and light-bending goggles while participants are wheeled around in something of a makeshift virtual-reality experience. Bricolage is oddly fond of putting headphones and goggles on audience members; it’s a curious decision in the best of circumstances, as I would much rather experience something in the room around me than be presented a sensory stew of input that could occur anywhere.

The decision to employ this method in “DODO,” however, is unforgivable. Given the opportunity to see and touch the infinite wonders of the Carnegie museums, the show’s creators instead made me look at nothing and hear an unrelated mish-mash of noise while being rolled around on a wooden gurney.

It did not help that portions of the soundtrack for this penultimate chapter seemed to be recycled from one of Bricolage’s smaller immersive experiences; I was also less than pleased to find warmed-over elements of “STRATA,” from attire to attitude, present in “DODO.” While there are glimmers of intrigue in the setup for the show — later teased by some of the characters — the story, per se, is a jumble of ideas and notions that never justifies why exactly the audience is there or what we are to achieve (let alone take away from the experience).

“DODO” is a mixed bag, with moments of beauty and wonder and moments that badly miss the mark. Its performers are gripping, but its scenes are vague; its setting is perfect, but its ideas are unclear; its tone is intriguing, but its structure is weak.

In the five years since “STRATA,” Bricolage has not quite done enough to live up to its own reputation — or to the standard set by the theater that has been created in its wake. Despite the strengths of “DODO,” “STRATA” was too shocking and complete an experience to be rivaled by anything less than brand new and bold creations — and “Serpentine,” to me the pinnacle of immersive theater in Pittsburgh, further raised the bar. After those two experiences, “DODO” was not enough.

Perhaps it will be enough for audiences unfamiliar with those works, or those who did not take to them as ravenously as I did. For the remarkable access and opportunities offered by the museums as part of “DODO,” attending is probably worth it. But the triumphs here belong more to the museums themselves than to the show. I have no doubt that Bricolage will again produce a dazzling, defiant immersive production. I’m sad to say this isn’t it.