A Must-See Piece of History and More at Destination Moon

The touring Smithsonian exhibition at the Heinz History Center features the command module from Apollo 11. 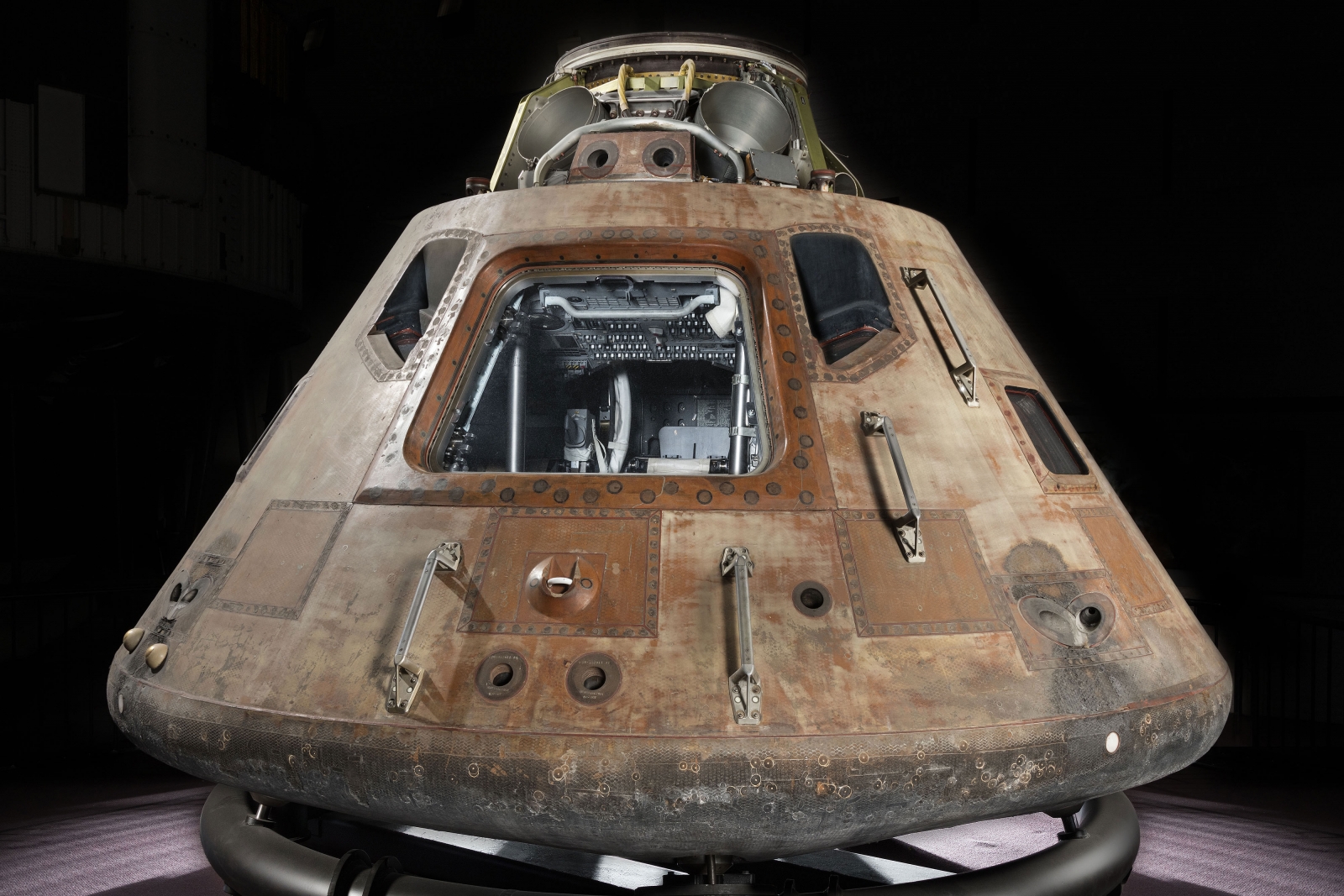 If it were just the ship, you would still need to go.

“Destination Moon: The Apollo 11 Mission,” debuting Saturday at the Sen. John Heinz History Center, features the command module of the Apollo 11 spacecraft. The command module, Columbia, is the only part of the vessel that first carried men to the moon that returned to Earth. It toured the United States in 1970 before becoming a permanent part of the collection at the National Air and Space Museum.

In anticipation of the 50th anniversary of the moon landing, the ship is hitting the road. And Pittsburgh is one of only four cities it will visit.

This vessel, which carried Neil Armstrong, Buzz Aldrin and Michael Collins as they left the planet and soared to the moon, currently sits in the History Center. Accompanying it is a striking, fascinating exhibit explaining the journey the astronauts took, from conception through re-entry and beyond.

You’ll hear about the lives of unsung heroes — hidden figures, if you will — who made the mission possible. You’ll see priceless artifacts, including Aldrin’s helmet and gloves, one of the two cases used to transport the first moon rocks back to Earth and portions of the rocket’s engines (recovered recently in an effort spearheaded by Jeff Bezos).

This being the History Center — ever a chronicler of local ties to historic events — you’ll also learn about western Pennsylvania’s contributions to the mission; a multitude of components, some on display, were comprised of materials, ideas and parts from the region.

Children — or, if you’re like me, imaginative adults — can climb into a separate replica of the craft, play interactive games and more. Yes, there are innumerable selfie opportunities. There are stories you haven’t heard and details you’ve never imagined. (Look for the cheat sheet on Aldrin’s glove.)

But if it were just the ship, you would still need to go. There are few artifacts on the planet more important than this one. It’s waiting for you in the Strip District.