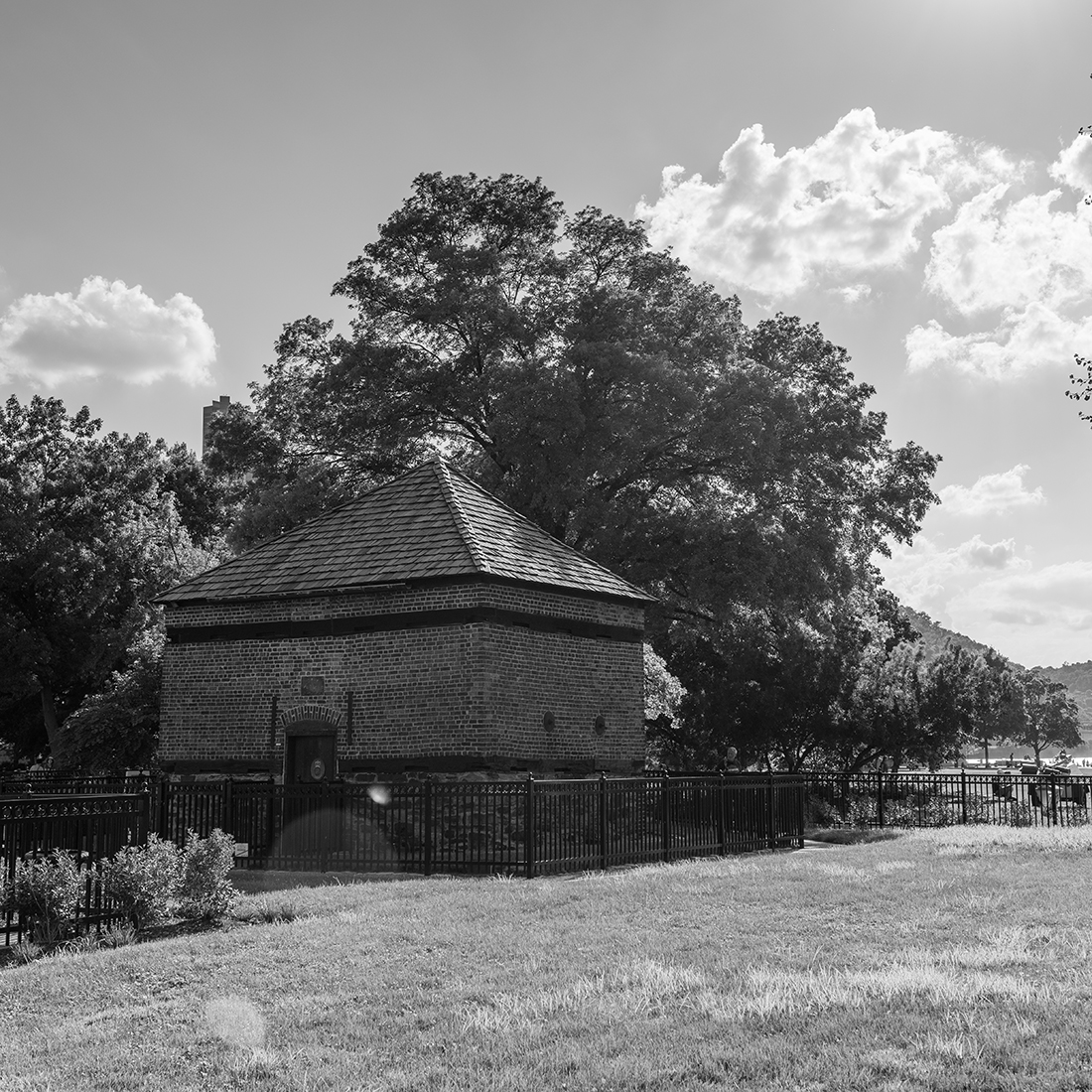 Pittsburgh’s oldest building has outlived the larger structures it was built to support — first by chance and later by determination. It’s frequently overlooked by thousands of people who stream by it every month. Yet the improbable story of the Fort Pitt Block House, perhaps the greatest living document of our shared history, is one every Pittsburgher should know.

Constructed in 1764 as one of five redoubts to aid in the defense of the British-built Fort Pitt, the Block House is celebrating its 250th anniversary this year. Privately owned and operated since 1894 by the Fort Pitt Society (a group that arose from the Pittsburgh chapter of the Daughters of the American Revolution), it is a well-preserved historic site and museum, telling a tale that goes beyond the battles. Inside, flood markers reaching to the ceiling show centuries of disaster; collections of artifacts unearthed around the grounds give glimpses into the life of a bygone neighborhood.

The Fort Pitt Society had to fight for the Block House, though. Fort Pitt itself was deconstructed beginning in 1785, and the area known today as the Point was sold to businessman James O’Hara in 1805. Through the next nine decades, the Block House was used as a residence; by 1854, it was the only remnant of Fort Pitt. Later, the building became tenement housing, with multiple families living inside the small structure.

Mary Schenley — granddaughter of O’Hara and owner of the Point beginning in 1827 — agreed to hand the Block House over to the DAR in 1892, but the group then had to wage a 15-year battle against industry and business. The likes of Henry Clay Frick and the state Supreme Court angled to relocate the Block House as the Point was developed as an industrial site and rail yard. In 1907, DAR chapter Regent Edith Darlington Ammon successfully lobbied Harrisburg for the site’s permanent preservation.

Anniversary festivities began in April with the dedication of the Edith Darlington Ammon Memorial Garden on the Block House grounds. They’ll continue Aug. 9, when a public celebration at the site — including re-enactments, tours and more — will serve as the official birthday party. A Sept. 11 gala will feature keynote speaker Julie Nixon Eisenhower, daughter of Richard Nixon and granddaughter-in-law of Dwight Eisenhower.

The Block House’s anniversary is an opportunity to commemorate, but it also provides the Fort Pitt Society with an occasion to ensure that this treasure is maintained and preserved as an enduring monument to Pittsburgh’s past.

“It’s important that we get the community involved in this celebration as a way to build sustainability for the Block House moving forward,” Mahoney Hill says. “I think the work we’re doing is having a positive impact. And it is preparing us well for what the future will bring.”