Smith documented subjects around the world, but, as Rick Sebak explains, he considered his photos of Pittsburgh to be a crowning achievement. 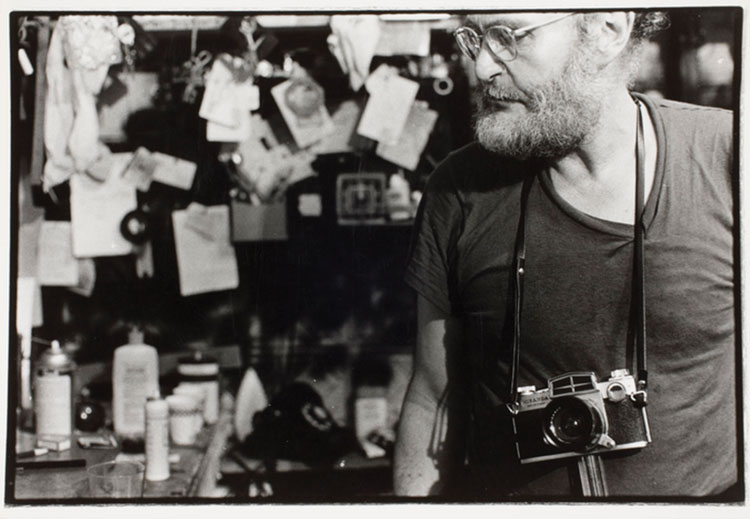 W. Eugene Smith, considered by many to be one of the greatest photographers of the 20th century, arrived in Pittsburgh in March 1955 in a big green station wagon. He moved into a space on Grandview Avenue on Mount Washington with an assignment: to take about 100 photos for filmmaker, photographer and author Stefan Lorant’s upcoming book on Pittsburgh.

Smith was born in 1918 in Wichita, Kan., where he shot photos for local newspapers before moving to New York City. There he was hired by several magazines, including Newsweek and LIFE. He became renowned for his work covering American soldiers in the South Pacific during World War II, often risking his own safety for the sake of a good photo.

He put together many now-classic photo essays in the late 1940s and early 50s for LIFE. For one, he visited a small town in Spain during the regime of Francisco Franco; another depicted an African-American nurse-midwife at work in rural South Carolina; another focused on the theologian Albert Schweitzer. He always wanted (and often requested) more time in each of these situations; he desperately sought to know and understand the lives of his subjects. He eventually fought with his editors at LIFE about the Schweitzer photos and in 1954 quit his job at the magazine.

Smith joined the photographic collective known as Magnum Photos and soon received the assignment in Pittsburgh. Lorant figured Smith might need two or three weeks here in town and agreed to a $500 advance on a $1,200 total payment.

Smith read history books, drove and walked around the city. He envisioned a far bigger project, a huge artistic work that would try to capture the essence of the place. It is said that he seldom touched his cameras during his first month here.

But once he started, he couldn’t stop. Friends reported that he often went for days without sleeping. Eventually he photographed the things that Lorant asked for: steel mills, libraries, ethnic groups and their clubs, department stores, life on the rivers, life in the parks and much more. Smith shot as many as 11,000 photos during a much-extended stay before leaving town in August 1955. He was awarded two Guggenheim grants to continue the work and returned in 1956 and 1957 to shoot 6,000 more images.

He thought his Pittsburgh pictures were potentially the greatest photographic epic in history and his masterpiece. But he wanted complete control over how they would be shown. Some of the images did appear in Lorant’s “Pittsburgh: The Story Of An American City,” but talk of publication in LIFE and other magazines never amounted to anything (though he did assemble 88 of the photos for a layout in Popular Photography). When he gave a speech that year at the American Society of Magazine Photographers’ Photojournalism Conference in Miami, he said, “Pittsburgh to me is a failure … The main problem, I think, is that there is no end to such a subject as Pittsburgh and no way to finish it.”

After his years here, Smith continued to do important work in New York City and its jazz clubs. He lived for several years in Japan, where he produced a famous series of photos showing how industrial mercury pollution had devastated the fishing village of Minamata. Smith died in 1978 after suffering two strokes in Tuscon, Ariz.

In 1989, WQED partnered with WNET in New York to produce “W. Eugene Smith: Photography Made Difficult” for PBS’ American Masters series. In 2001, the Carnegie Museum of Art (working with the Center for Creative Photography at the University of Arizona) put together an exhibition of Smith’s Pittsburgh photos, as well as a book, “Dream Street: W. Eugene Smith’s Pittsburgh Project.” The complete set of Pittsburgh photos has never been displayed.

This article appears in the May 2016 issue of Pittsburgh Magazine.
Categories: Rick Sebak