A Little Witchcraft in the Neighborhood

The time Mister Rogers welcomed the Wicked Witch of the West with open arms. 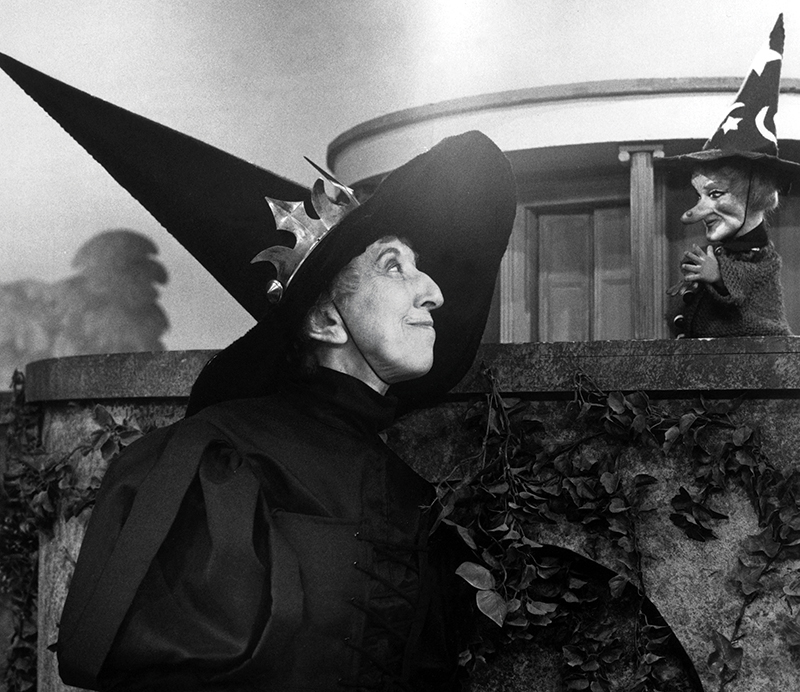 For many people, the Wicked Witch of the West from the 1939 version of The Wizard of Oz is downright terrifying. She is evil personified — and she commands a horrifying army of flying monkeys.

Nearly 40 years ago, she flew into the former Greater Pittsburgh Airport. Not by broom — by airliner.

Actress Margaret Hamilton did such a memorable job as the Wicked Witch that she became a permanent (and much-feared) part of American popular culture. A grown woman once told me she still takes a glass of water to her bedroom every night to throw on the witch, should the witch show up.

In 1975, Fred Rogers invited Hamilton to Pittsburgh to make a cameo on “Mister Rogers’ Neighborhood.” He liked to show young viewers that not all scary things were truly frightening.

So Hamilton arrived at Mister Rogers’ door one day with Mr. McFeely, the “Speedy Delivery” man. Pittsburgh actor David Newell plays McFeely and has long worked as director of public relations for the Fred Rogers Company; he helped set up Hamilton’s visit and remembers it well.

“I saw a letter she had written to WNET, the New York City public TV station, in its program guide,” Newell said. “She ended her letter with something like, ‘And give Mister Rogers a hug for me.’ That’s how it all began.”

Like a good deliveryman, Newell picked up Hamilton at the airport and took her to the (now Omni) William Penn Hotel downtown. “When I picked her up the next morning to go to the studio,” he recalls, “she was so surprised and happy — the hotel had a Wizard of Oz-themed restaurant on the premises! It was called The Yellow Brick Road. She had breakfast there. I didn’t even know the place existed.”

Hamilton returned to the city a number of times, appearing on several more episodes of “Mister Rogers’ Neighborhood.” She was first introduced as herself, an actress who showed Fred some of her costumes — including her pointed witch’s hat. She later appeared in the Neighborhood of Make-Believe as a not-so-wicked witch. These memorable programs helped dispel many kids’ fears. In a later show, Fred named a puppet for her: Margaret Lizard.

“She was a wonderful person,” remembers Newell. “My wife Nan and I got to be very good friends with her during her visits — to the point that she was soon calling us every Sunday night just to talk. When our second son Taylor was born, Margaret came to town just to meet him and hold him. We called her Maggie. She was almost like an aunt.”

Hamilton returned to Pittsburgh in 1976 to play Aunt Eller in a Civic Light Opera production of Oklahoma! She died in May 1985 at age 82.

Thanks to the Fred Rogers Company and staff at the Omni William Penn for their assistance with this article.

This article appears in the November 2013 issue of Pittsburgh Magazine.
Categories: Rick Sebak