A Landmark Wedding: What It's Like to Marry at Fallingwater

With its organic architecture and integration of the surrounding nature, Fallingwater was an obvious choice for Ashley Biega and David Peton’s Oct. 1 wedding. Ashley, an art teacher, and David, an engineer, saw their harmonious relationship reflected in Wright’s work. 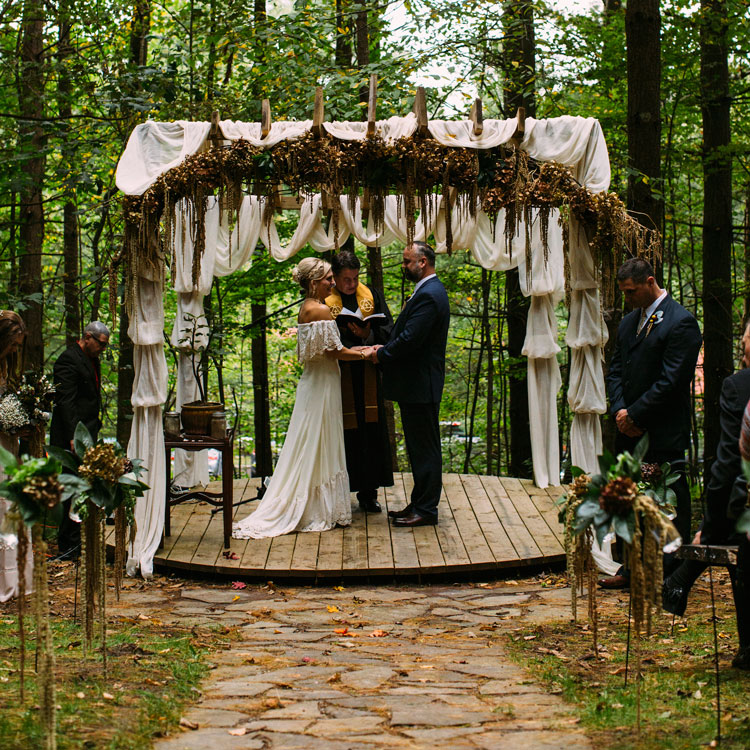 “Classic architecture like Wright’s is all about the blend of engineering and aesthetics or art,” Ashley says. “Everything that he does is not just sound and safe; it’s also meant to be pleasing to the eye.”

Wright designed Fallingwater for the Kaufmann family in 1935. The National Historic Landmark was constructed over a waterfall, and its design was strongly influenced by Wright’s love of Japanese architecture. Since 2000, approximately 15 to 20 weddings per year have been held at the Barn at Fallingwater during its on-season from May to October.

The landmark holds a special place in Ashley and David’s hearts. After visiting the home several times, David unexpectedly popped the question there in August 2014.

“I had no idea he was going to propose,” Ashley says. “It was just never on my radar that I was going to be a wife someday, and I couldn’t be happier to be one.” 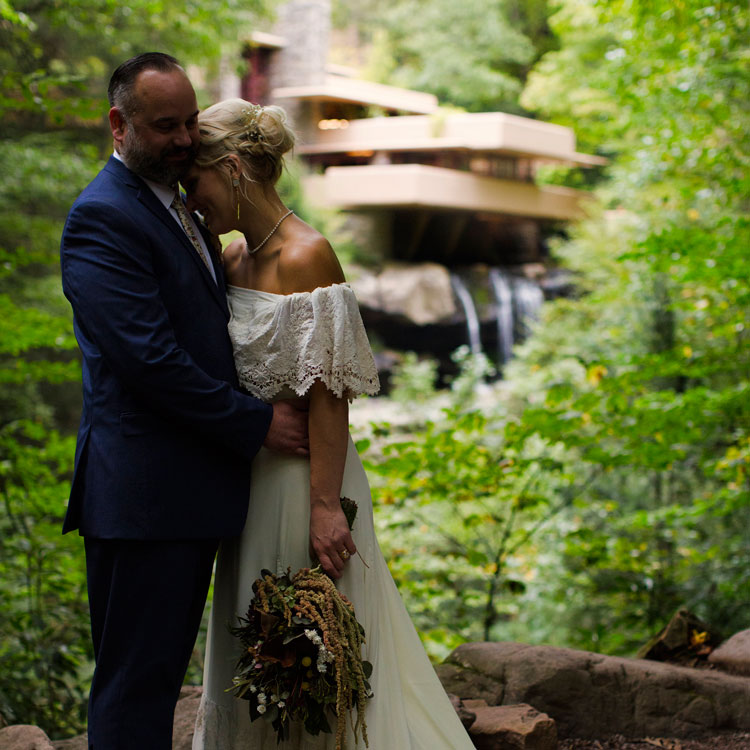 When Ashley and David saw there was one special date available with the Barn at Fallingwater, they couldn’t resist the opportunity that had presented itself. They were wed exactly five years after their first date, something Ashley says “made it all the more special.”

After their outdoor ceremony and a photo session in front of the house, the party moved into the Barn’s Threshing Room, a large space enclosed by wooden planks and beams. The pair’s reception was decorated with moss and ferns Ashley collected on hikes and wood and flowers from her parents’ property to create a “Whimsical Woodland” theme.

Instead of cake, the bride and groom’s mothers baked more than 18 pies for the reception, reflecting a tradition from Ashley’s childhood when she had a birthday pie instead of cake each year. 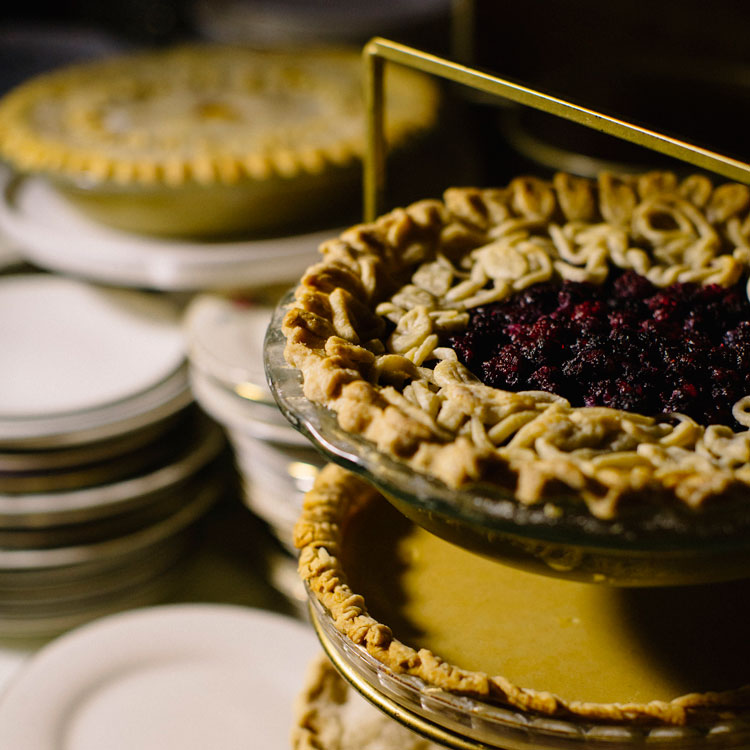 “This wedding was so much about … moving on to the next chapter of my life while still bringing my family and all of the things I had while growing up into my new relationship and family,” Ashley says.

The event will be 6-8 p.m. Thursday, Aug. 17 at Rivers Club Downtown. Cocktails and light bites will be served. Tickets are $20 and can be purchased at pittsburghmagazine.com/ROCKED