A History of the Neighborhood

Preserving Fred Rogers' legacy and the company he founded required a new vision that allowed the "Neighborhood of Make-Believe" to live on. 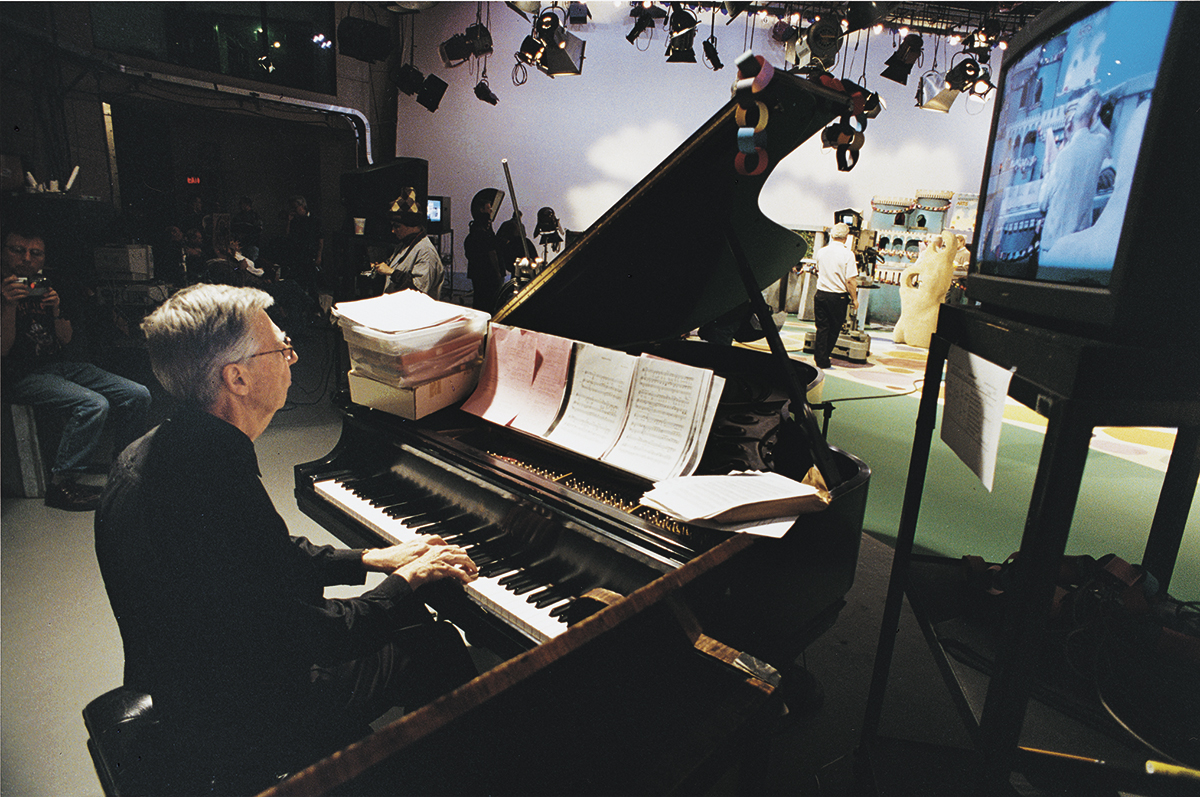 In more than 40 years of producing, writing and starring on “Mister Rogers’ Neighborhood,” the late Fred Rogers created an arguably unmatched legacy for children’s programming. PBS General Manager of Children’s Media Lesli Rotenberg says, “We see Fred as one of our founding fathers of PBS Kids. With Joan Ganz Cooney [one of the creators of “Sesame Street”],  they’re almost like father and mother of this brand. It’s built on their good work.” When Rogers hung up his sneakers at WQED for good at the end of 2000, however, it wasn’t clear his program would continue.

Rogers had been shaping his center at Saint Vincent College in his hometown of Latrobe; the think tank pursues and disseminates research and provides professional development in the field of early learning and today remains a partner of the Fred Rogers Company. But at that time, the future of the company — then known as Family Communications Inc. — was less clear. The company still received revenues from PBS reruns, and it purchased the rights to Rogers’ name and music from the McFeely Rogers Foundation, a family foundation originally established by Rogers’ parents to benefit the Latrobe area. But what would it actually do?

“We were rocked by Fred’s death [in 2003],” says Charles R. “Chip” Burke Jr., chairman of the Grable Foundation and a long-time board member of Family Communications and the Fred Rogers Company. “We wanted to preserve his legacy in the best way possible. But we never felt time pressure, to be honest. There was an [ongoing] contract with PBS [which removed the show from its schedule in 2008] and a revenue stream from books. There was a reserve fund. It was more of a philosophical question.”

“Bill was critical. His genius was letting it play out and not rushing. He created those national relationships, [as] with Angela [Santomero, “Blue’s Clues” creator]. He clearly recognized that we needed a deeper and more diversified board,” says Burke. In 2006, three new members arrived: Anne Lewis, a board member of the Children’s Museum of Pittsburgh; Sy Holzer, president of PNC Bank – Pittsburgh; and Harry Henninger, then-CEO of Kennywood. “Every single one had a personal connection to Fred and very specific talents,” Burke adds.

Isler’s energy was vital, Henninger says. “We needed to as quickly as possible take advantage of the legacy. The number of episodes being broadcast was diminishing. We needed to get the name and logo out there. Bill’s vision was a new way of presenting Fred’s legacy through — strangely — an animated show.”

Isler says Rogers had envisioned a new iteration of his ideas. “Fred always felt that ‘Neighborhood of Make-Believe’ could live on — because of puppets, you could always go to animation. In his lifetime, we talked to animators in California. Fred looked at this as a way to continue the work.”

With immediate support from the R.K. Mellon Foundation, the company “put a modest amount of money” into meeting like-minded producers to develop ideas, says Kevin Morrison, the company’s chief operating officer. Santomero lobbied for building a new animated neighborhood around Daniel Tiger, “son” of Rogers’ beloved puppet Daniel Striped Tiger. “Daniel was the one obviously closest to everyone’s heart and stood the best chance of being accepted by those at Fred Rogers. And it was well-timed for PBS, which was looking for that age range,” he says. Paul Siefken and other PBS execs greenlighted the new series in 2011.

“Partnerships made a major difference. What those people brought to the table you couldn’t buy,” says Isler. “To have someone who created ‘Blue’s Clues’ involved, that’s pretty amazing.”

In 2005, two years after Rogers’ death, the board committed to the idea of new shows. “But we realized we would have to bring in people from outside the company to do children’s programming,” says Isler. “Someone to help us put all the pieces together.” A national search brought Morrison, with a deep background in program development, to the company the following year.

“That was providential,” recalls Rogers’ widow, Joanne, then as now the board chairman of both the company and the Fred Rogers Center. “[Kevin] said, ‘If we don’t start producing programs, this will go down the drain.’ There wasn’t enough substance there in the work of Family Communications without having the program.”

The company budgeted the first 40 episodes at $20 million. About a third of that amount came from The Corporation for Public Broadcasting and PBS; another third came from the company and its production partners. Local philanthropies — among them the R.K. Mellon, Grable, Hillman, Staunton Farms, PNC and Pittsburgh foundations and The Heinz Endowments — stepped up to provide the rest.

As the first season of “Daniel Tiger’s Neighborhood” debuted, Family Communications changed its name to the Fred Rogers Company. A year later, it left crowded cubicles at WQED and moved to a roomier home of its own in the South Side.

“Fred had a good feeling, that everything was in good hands, you know? Sure enough, I do think that he was right,” says Joanne Rogers. “Things have happened in as wonderful a way as they could have.”