A Guy plays God, Who is Just a Guy

The titular character in Pittsburgh Public Theater’s “An Act of God” turns out to be a pretty average joe — with Pittsburgh roots. 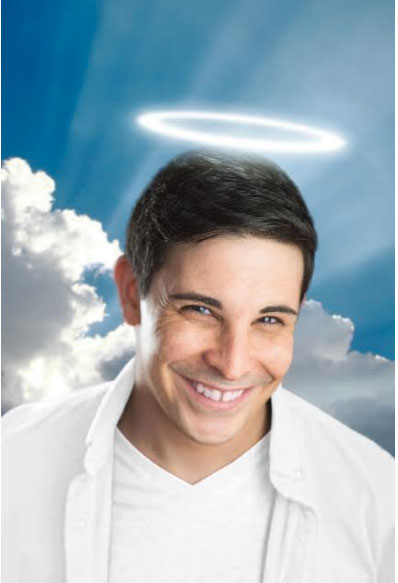 You would think that Marcus Stevens, a Point Park University-trained actor who has been in several theater productions on Broadway and beyond, would be more than your average joe.

You would probably also think the same thing about the omnipotent creator of the universe.

But the two are meant to intertwine in “An Act of God,” which premieres June 1 at the Pittsburgh Public Theater, putting God into the shoes of a normal guy, and vice versa.

The production stars Stevens, who is billed as God but considers the role to be an alternative reality version of Marcus Stevens. The actor says the God in the show acts just like a normal person while relaying the events of the bible and giving the director’s cut — God shares his thoughts throughout certain stories all while rewriting the Ten Commandments.

“This role requires a certain kind of actor, like a versatile comedic actor with very contemporary sensibilities, and luckily Ted [Pappas, the show’s director] thought I was that,” Stevens says.

Rather than trying to get in character as God, Stevens took inspiration from actors who play themselves as characters, such as Stephen Colbert.

“It’s God, but it’s not. I pretty much try and play as close to myself as possible,” Stevens says. “It’s like God inhabiting Marcus Stevens for the evening.”

Stevens says the show is “basically a 30-page monologue,” where he as God describes the action, becomes the characters doing the action and punctuates them with his real thoughts and explanations on what really happened in the bible.

“I’ll go from telling the story about the garden of Eden, and I’m acting out the stories and acting as all the characters like Adam and the snake,” Stevens says, while eating his breakfast before rehearsal: an apple. “It’s like an average joe pointing out, ‘Isn’t this weird?’”

The only other actors who appear in the show are John Shepard and Tim McGeever, who play the angels Gabriel and Michael, respectively. Shepard, who taught Stevens in a junior acting class and even handpicked him for advanced directing at Point Park in 2001, says he has seen Stevens grow as an actor.

“He was one of the ones you look at and just think, ‘This guy has it,’ and he definitely does have it,” Shepard says. “Getting older has just improved him.”

In addition to numerous shows at Point Park, Stevens performed locally with Pittsburgh CLO and City Theatre before moving to New York City, where he was cast twice in the Off-Broadway production “Forbidden Broadway.”