A Great Novelist Finds Her Voice in Pittsburgh 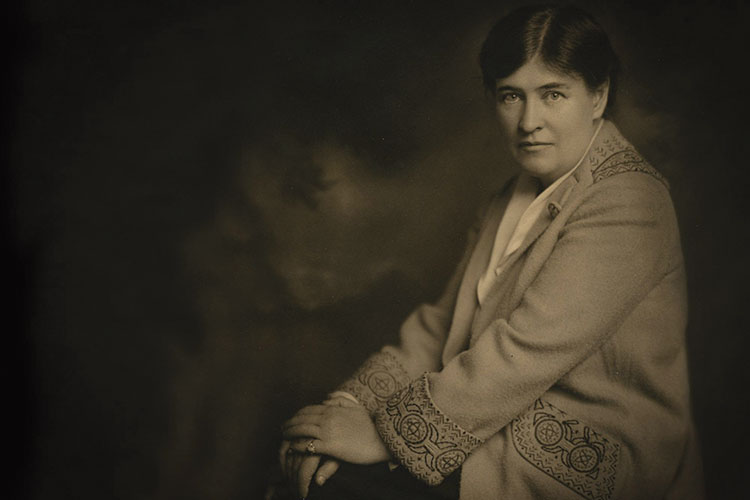 The great novelist Willa Cather was an aspiring young writer when, in 1896, she moved to the big city of Pittsburgh to work on a magazine. Cather had graduated from the University of Nebraska the year before; a recommendation from the editor of the Nebraska State Journal led her to James Wickliffe Axtell, who was starting a Pittsburgh-based family magazine dubbed The Home Monthly. Cather would edit, report and write reviews of cultural events.

She arrived in June of that year; by August, she was publishing her first articles, many under a half-dozen different pseudonyms. At first, Cather lived in East End boarding houses, travelling by bike to the magazine’s office in Shadyside; about a year after she arrived, however, The Home Monthly had sold. Cather started writing for one of the top Pittsburgh newspapers at the time, the Pittsburgh Leader.

In 1899, she met a young woman named Isabelle McClung whose father was a prominent judge in Pittsburgh. The two women became inseparable; eventually, McClung invited Cather to come and live in her family’s house on Murray Hill Avenue in Squirrel Hill. She wrote and worked on the third floor of the McClung home until 1906, when she was hired by McClure’s Magazine in New York.

In 1900, writing under the pseudonym Clara Wood Shipman for a magazine called The Library, she reviewed several area amusement parks. Although it was only a year old at the time, she wrote “The park of Pittsburgh where there is most ‘doing’ is Kennywood.” She wasn’t impressed with the new park’s lagoon: “[The] water is not so much like water as it is like poorly made coffee, or an inferior grade of cocoa, but both lovers and ducks seem as happy and oblivious as if they had the ocean or Lake Ontario to themselves, and contentment is the main thing, after all.” But she did state that the park’s “resources are many and varied. Its ice cream and supper pavilion is vast, and its dancing pavilion stands imposingly beside the lagoon, in quite a World’s Fair attitude. But Kennywood’s greatest beauty is its gentle, rolling turf, marred only by its exasperating little ‘Keep Off’ signs.”

While living in Pittsburgh, she wrote a book of poetry, “April Twilights,” and a set of short stories, “The Troll Garden.” The latter volume included a story set in Pittsburgh, “Paul’s Case,” which has become one of Cather’s best-known works.

​Cather returned to Pittsburgh often after her move to New York. She would regularly spend Christmas holidays and summer vacations at the home of the McClungs, visiting and writing. She finished her first three novels — “Alexander’s Bridge,” “O Pioneers!” and “The Song of the Lark” — in Squirrel Hill.

In 2016, the Carnegie Mellon University Press published a collection titled “The Pittsburgh Stories of Willa Cather.” In his introduction, the late Peter Oresick quotes Cather: “Pittsburgh was even more vital, more creative, more hungry for culture than New York. Pittsburgh was the birthplace of my writing.”

Her visits to Pittsburgh seem to have ceased after 1915. Cather died in 1947, having written 12 much-admired novels and several collections of shorter works.
Special thanks to the Pennsylvania Department at the Carnegie Library of Pittsburgh and to scholars at the 16th International Willa Cather Seminar for their help with this article.

This article appears in the August 2017 issue of Pittsburgh Magazine.
Categories: Rick Sebak