Perspectives: A Great Day Trip (and a Genuine Life Lesson)

What I learned at the Ernest Warther Museum in nearby Dover, Ohio. 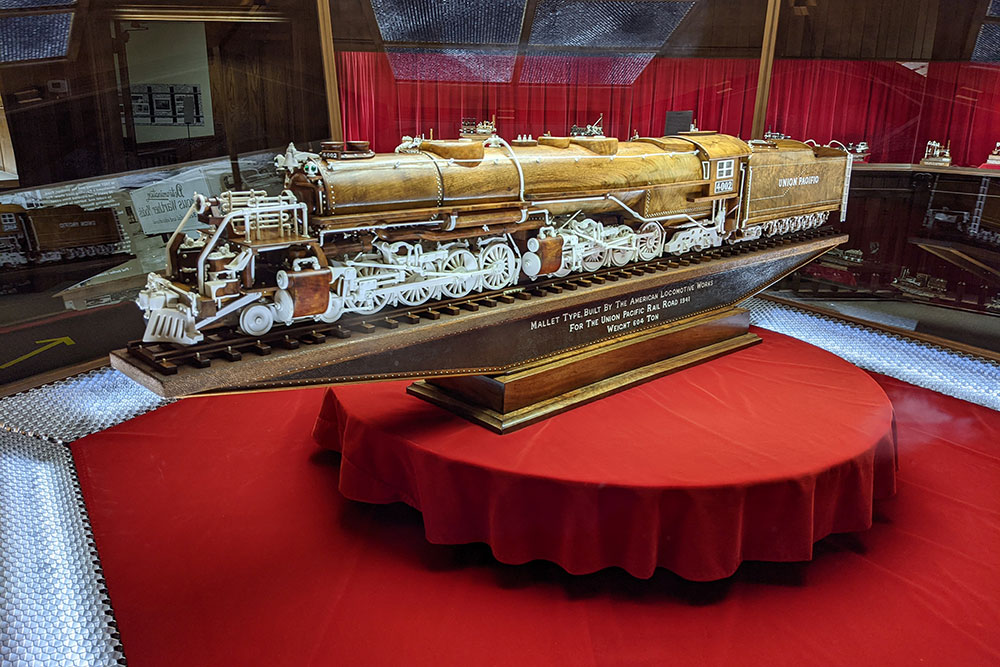 Ernest “Mooney” Warther must have been pretty patient.

Warther, who lived from 1885-1973 in the small hamlet of Dover, Ohio, earned the title “world’s master carver,” a sobriquet that seems to have only ever applied to Ernest “Mooney” Warther. He deserves it; his feats of remarkably detailed, staggeringly exhaustive woodwork are unrivaled.

You can see much of his life’s work at the Ernest Warther Museum & Gardens, a lovely tribute to his life and work (and the work of his family) on the grounds of his longtime home,about a two-hour drive from Pittsburgh.

I was dazzled considering Warther’s patience. Most of his life was spent carving steam engines from wood and ivory, tracing the history of the locomotive in miniature; Warther became nationally renowned when a railroad company paid him to take his carved history lesson on tour from coast to coast. The engines consist of thousands of individual pieces, each a perfect replica of their full-sized counterpart. Every piece was painstakingly carved, by hand, and made to fit together (without glue, since adhesives would hurt the wood).

An individual locomotive would take nearly a year. Working every day (except Sunday, which was dedicated to family time) for hours on end, usually in the early morning and late evening, Warther would carefully carve each miniscule detail, seeing the finished product in his mind — even as completion was many months away.

So: He must have been patient. 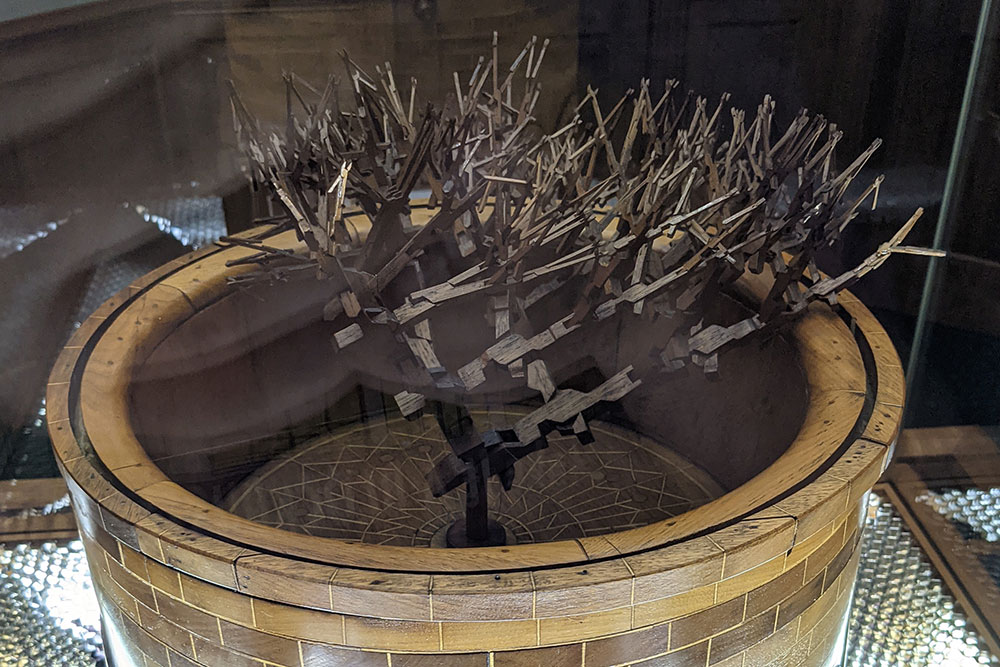 As I was leaving the museum, I bought a postcard depicting one of Warther’s most remarkable creations. From a distance, it looks like a bonsai tree without leaves — a blooming, wooden creation about two feet high. On further inspection, it becomes much more remarkable; this creation is made of hundreds of interlocking sets of wooden pliers.

Warther fashioned a method for making working sets of wooden pliers from small wooden blocks simply by making 10 precise cuts. (He demonstrated the technique, in record time, on “The Tonight Show,” crafting a set of pliers in less than 10 seconds.) He made hundreds of thousands of pairs of the pliers, but the tree is special; these 511 sets of pliers are, in actuality, one piece of wood.

The tree started as a single block. Warther cut it into a big pair of pliers. Then he cut the ends of those pliers into pliers, and on and on — more than 31,000 individual cuts.

Robert Ripley — he of “Believe It or Not!” fame — was skeptical that Warther had made the tree from a single block of wood. Demonstrating yet more patience, Warther carefully folded all 511 sets of pliers back together, showing the incredulous Ripley how they still could be restored to the shape of the original block.

I bought the postcard of the tree as a reminder. Over the past year, I’ve become more impatient — particularly with time-consuming things. If you ask me to do 20 five-minute tasks, I’ll cheerfully set out; if you ask me to do one two-hour task, I’ll grumble about it. I pass on a three-hour movie in favor of one that runs a refreshing 80 minutes. Stacking trips onto one another — like going to the grocery store and the post office on a single outing — seems exhausting.

Why did the past year — when we all had fewer places to go — make me less patient? I can’t say. Perhaps it’s a result of that generally distracted and scattered mindset many of us have acquired as a COVID-era side effect. Whatever the cause, I can’t conceive of making 31,000 cuts in a block of wood, no matter how beautiful the resulting tree might be. 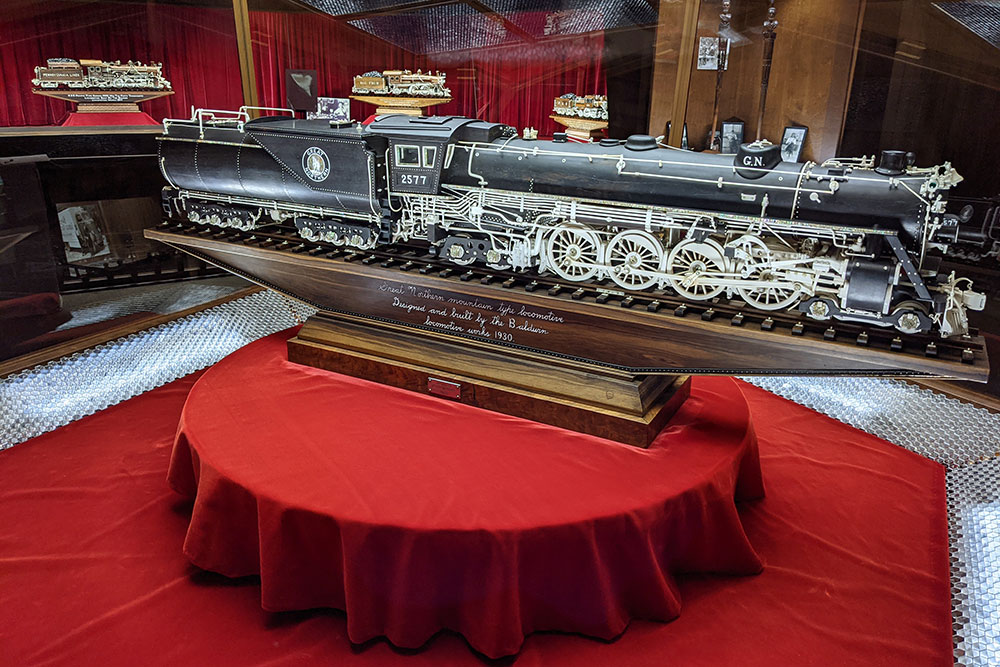 I think, though, this is a matter of perspective more than it’s a true roadblock. On the same day that I visited the Ernest Warther Museum, I got an email from Todoist, the app I use to organize my tasks. Todoist, as the name implies, is a high-function to-do list; it’s fundamentally a tool for scheduling and organizing goals and projects. Since most apps are somehow gamified, though, there’s a scoring system; the app awards you points for checking things off and using your time efficiently.

The email I received informed me that I had passed into the ultimate point tier, the “Enlightened” level of task completion. Only 0.05 percent of users reach this level; as evidence, a private, congratulatory YouTube video for “Enlightened” users had only been viewed about 300 times.

It feels like I can’t get big tasks done — and yet, I’ve been making thousands of individual cuts in an overall project, achieving more detailed work than all but 0.05 of my peers (on this particular app, anyway). It’s simply hard to see the result — because I’m crafting my overall existence, not a one-of-a-kind wooden masterpiece.

It’s hard for us to see the fruit of our labor when we’re doing the often repetitive work of our jobs, hobbies and side hustles. Each little item on the to-do list, though, is one of those thousands of pieces that make up the wooden locomotive. (I know I’m stretching the metaphor, but stay with me.) This is not a command to do more, complete more tasks, carve more trains; rather, it’s a plea to give yourself credit. On the days when you think you’ve achieved nothing, you probably did dozens of things that keep moving at the overall job that is your path through the world.

The Ernest Warther Museum showcases Warther’s breathtaking creations, as well as those of his wife, Frieda, herself a remarkable creator of intricate patterns made from hundreds of buttons. (You can find these in the button house, which is an absolutely lovely place to be.) More than merely a collection of Warther’s work, the site is a celebration of the Warther family’s life — the ways in which they spent the time are preserved and evident throughout the grounds.

It’s not, after all, about the individual pieces — it’s about the life lived.

And now, I think it’s time for lunch. My to-do list isn’t empty, but still, I know I’ve made a lot of tiny cuts already today. The train will be ready when it’s ready.