A Game of Inches 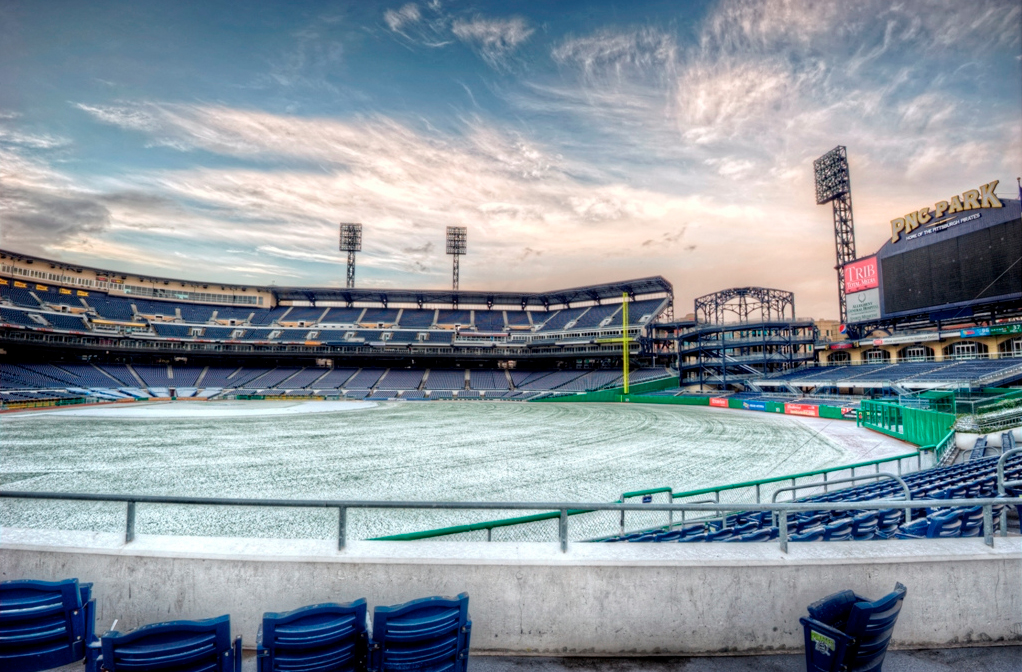 On Oct. 3, the most remarkable and dramatic season of Pirates baseball in 20 years dissolved quietly under the autumn sky.

The playoff-bound Atlanta Braves lazily put four runs across the plate and shut out the similarly passive Pirates, who seemed — if only for that afternoon — to comprehend the uncanny, inexplicable events that had transpired over the preceding six months. Andrew McCutchen and A.J. Burnett accepted standing ovations as they left the field; pre-recorded messages from a handful of players thanked the lingering fans for their support. But a singular question hung in the air, occupying the consciousness of the 40 men in the dugout, as well as the 20,615 in attendance: How did we end up here?

It wasn’t supposed to end like this, that’s for sure. In the middle of the summer, news outlets started posting countdowns to an 82nd win, a mark that would finally break a two-decade streak of losing on the North Shore. The team sent out order forms for playoff tickets. For the first time since the invention of the internet, more Pittsburghers were talking about playoff baseball than Steelers training camp.

And then, after sitting at a stellar 62-46 on Aug. 6, the Pirates began losing at a furious pace. Throughout the remainder of that month, they went 8-15. September would be worse, as the free-falling Bucs won a mere seven contests, against 17 losses. On Sept. 28, they were no-hit by Homer Bailey of the Cincinnati Reds; that was the 81st loss of 2012.

They came close. Closer than any team the Pirates have fielded since 1992. But at the end of that 4-0 flop on Oct. 3, the scoreboard operator at PNC Park posted a final, damning, depressing tally to summate the 2012 season: 79 wins, 83 losses.

The expected columns appeared in the newspapers and on the blogs, condemning management, the coaches, the players and the gullible fans who bought into the hype. An ESPN.com article noted that, of 500 historical teams with a record at least 16 games above even on Aug. 6, none — as in, not one, ever — had ended the season with a losing record.

So yes, this was an unprecedented collapse. But lost in the narrative of the hapless and perennially hopeless Buccos is a murkier, but no less telling, statistical truth: It would’ve been nearly as unprecedented for the Pirates to win.

To reach the playoffs, the Pirates would’ve had to at least match the record of the St. Louis Cardinals, who finished the 2012 campaign at 88-74. An 88-win season would’ve represented a 16-game improvement over the Pirates’ 2011 effort, when they finished at 72-90. And in the past 100 years, the team has posted a season-to-season improvement of 16 or more games only six times.

While it does happen, baseball teams by and large don’t get a lot better all at once. You add this piece, you get this guy to figure out his swing, you fix the rotation, you move a guy from second to short and you get a little better.

And that’s what these 2012 Pirates did — they got better. They won seven more games than they did last year. They hit a ton of home runs — no other Pirates club in these dark years has featured three players with at least 25 dingers to their name, but the 2012 Bucs met that mark easily (31 for McCutchen, 30 for Pedro Alvarez and 27 for Garrett Jones).Burnett managed 16 wins this year; if you’re a fan under the age of 21, you haven’t even been alive long enough to see a Pirate pitcher post 16 wins.

And even after the winning percentage fell, even after the long-suffering baseball fans of Pittsburgh started to suspect that this would not be the year, even after Neil Walker got hurt and James McDonald was pulled from the rotation and McCutchen hit a slump and broadcaster Greg Brown closed his call of another Pirates loss by angrily muttering,“The Pirates just can’t right the ship,” even after all that, Pittsburgh was still looking at the standings, waiting for a surge, wondering if the Cardinals would slip, rooting, cheering, hoping, praying, believing — somehow, after 20 years, believing.

This article appears in the November 2012 issue of Pittsburgh Magazine.
Categories: From the Magazine, Hot Reads, Pirates